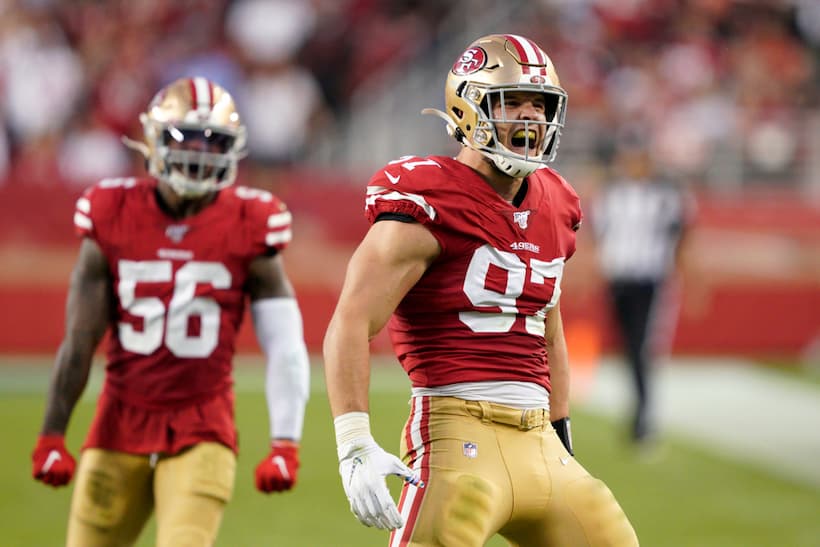 NFL fans can claim a $1,000 deposit bonus signing up to BetOnline to wager on 49ers vs Colts

San Francisco 49ers have lost two games on the bounce against divisional rivals, Cardinals, and Seahawks. It’s a run that’s seen them slip to 2-3 and third place in the NFC West. Fresh off the back of a Week-6 BYE, Kyle Shanahan’s team will be looking to get back to winning ways against the 2-4 Indianapolis Colts in California tonight.

Bet on 49ers vs Colts at BetOnline

BetOnline is offering a 50% first-time matched deposit bonus that’s worth up to $1,000 to anyone that signs up with the sportsbook in time for: 49ers vs Colts

To claim your 50% deposit welcome bonus when you sign up to bet on 49ers vs Colts, just follow the simple steps below:

A quick look at the stats reveals plenty about San Francisco’s season to date and they haven’t played poorly. Kyle Shanahan’s team is 2-3; boasts an average passing attack and a slightly above average rushing department. The defense is excellent in coverage, ranked 5th in the NFL for passing yards against, giving up just 329.8-YPG. And that’s an even better statistic to look at when you consider 49ers have already faced Kyler Murray, Russell Wilson, Aaron Rodgers, and Derek Carr.

In the post-Robert Saleh era, the 49ers’ defensive unit still isn’t giving up a lot of big plays either, and it’s still getting pressure on opposition QBs. The only notable drop-offs have been in stuffing the opposition ground game (ranked 18th RYPG against), and in the number of turnovers forced. Kyle Shanahan’s team has only forced two turnovers all season.

It’s here that we feel the underdog Indianapolis Colts might have a slight advantage. RB Jonathan Taylor has been in great form this year, tallying 682 yards from scrimmage and five TDs already. The Wisconsin graduate is difficult to stop once he finds a lane, so we’re expecting some success in the run game for Indianapolis.

Jonathan Taylor’s excellent run performances have also helped create time and opportunity for new QB Carson Wentz. The former Philadelphia Eagle looks to have his confidence back and, though not perhaps at his imperious best just yet, Wentz has thrown for 1,545-yards, 9 TDs, just the one pick, and is at least reminiscent of the gunslinger we all saw in Philly a few years ago.

Oddsmakers may have made Indianapolis the underdog, but with Wentz and Taylor in such good form, the 49ers’ defense should expect a stern test, and this game could well go down to the wire. 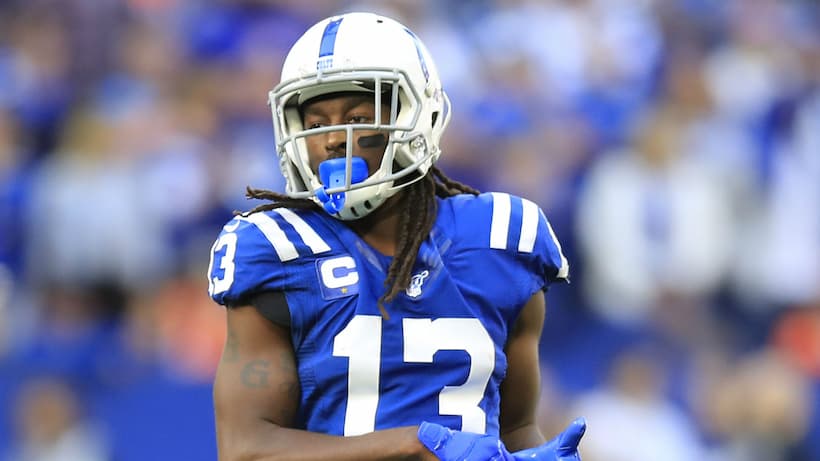 Indianapolis Colts have issues at WR. Parris Campbell is out for at least two months after undergoing foot surgery, and T.Y. Hilton isn’t expected to feature this evening either. RT Braden Smith will also miss the game.

For the 49ers, rookie QB2 Trey Lance will miss this game with a knee injury so Jimmy Garoppolo will assume full control under center. LT Trent Brown is also expected to miss out, as will defensive talents Javon Kinlaw and Marcell Harris.

We’re expecting the 49ers to win a closely fought contest at home. However, we like how Jonathan Taylor matches up against the 49ers’ defense; we’re concerned about the lack of turnovers created by San Francisco, and we’re expecting Indianapolis to drag Garoppolo and co. into deeper waters than some expect.

49ers to claim a W but Indianapolis Colts to beat the +3.5 spread is our NFL betting Pick for the game.