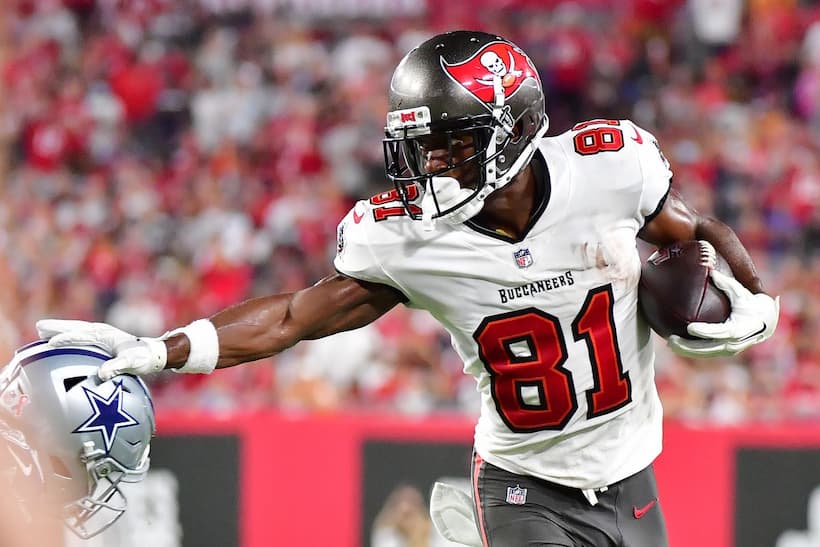 The NFL returns on Sunday, and there is a great lineup of games to wager on. Our football betting expert presents the best NFL Picks for Week-5 and outlines how sportslens readers can claim a lucrative welcome offer at Bovada.

Coming off a shock defeat at the hands of the New York Jets, you could be forgiven for feeling uneasy about betting on a Tenessee Titans victory tomorrow.

Mike Vrabel’s offense was depleted vs Jets, however: wideouts A.J. Brown and Julio Jones both missed out due to injury, leaving QB Ryan Tannehill without either of his premier receiving targets to aim at. Jones is expected to miss out again against the Jaguars, but Brown returns to the starting fold, and his skill set and ability to gain crucial YAC will no doubt bring the passing game back up a level.

Giving up just 106.0-YPG, Jaguars boast a tier-one NFL run defense. However, coming up against Derrick Henry tends to ruin a team’s metrics in that particular department – Henry almost always racks up 100-YPG, and we don’t expect Urban Meyer’s team to be able to contain him.

On the topic of Urban Meyer, it’s hard to imagine that this week’s damaging press coverage of his antics following last Thursday night’s loss to the Bengals haven’t damaged morale in the locker room. The 0-4 Jaguars need strong leadership at present and they simply don’t appear to be getting it from Meyer. So, Titans to win and cover the spread looks a safe bet to us.

Prediction: Titans to win and cover the -4.5 spread.

The Tampa Bay Buccaneers are yet to hit Super-Bowl winning form this season but last weekend’s important win in poor conditions in New England should come as a real confidence boost.

The Buccaneers still have issues in the secondary, with several key players set for extended stints on IR, but the signing of Richard Sherman should help to sure things up back there, and Miami doesn’t offer much in way of a passing game anyway. Ranked 30th in the NFL for passing yards per game (173.8-YPG), Brian Flores’ team is still without injured QB Tu Tagovailoa and the man expected to be No.1 receiver, Will Fuller.

We would give any high-impact passing team a chance vs the Bucs at present. But the Dolphins are not that team and, back in the Florida sun at the Hard Rock, it’s hard to imagine anything other than a Bucs’ win tonight. 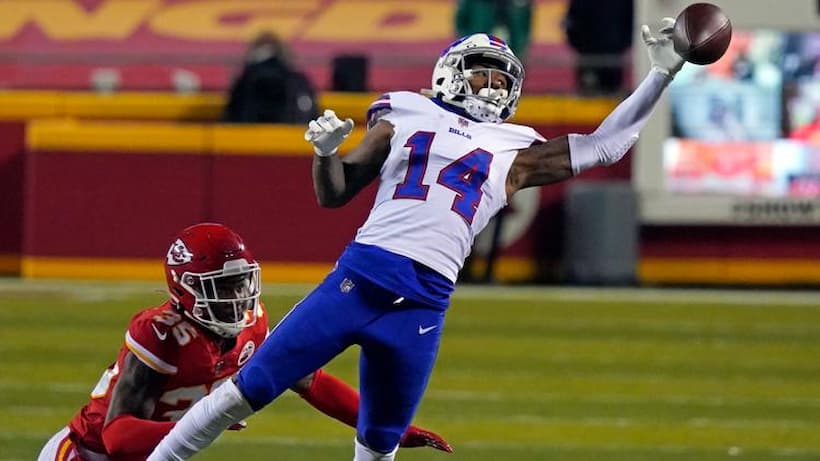 Since losing to the Pittsburgh Steelers in Week-1, the Buffalo Bills have looked unstoppable on both sides of the ball.

QB Josh Allen has thrown for 1,015-yards & nine TDs; the receivers Stefon Diggs, Emmanuel Sanders, Cole Beasley, and much-improved TE Dawson Knox have become a tough matchup for any coverage unit, and, spearheaded by Zack Moss and Devin Singletary, the running game has returned to Buffalo. Bills rank 5th in the NFL on the ground, averaging 145.3-YPG.

With the eternally-excellent Patrick Mahomes under center and WR Tyreek Hill and TE Travis Kelce operating as his prime targets, you’d always give the Chiefs a chance of putting up points. But Andy Reid’s defense hasn’t been anywhere near the standards set in recent campaigns so far this season, giving up an average of 437.0-YPG, ranking 31st in the NFL.

Even though the game is at Arrowhead, it was a surprise to see that the Bills were ever thought of as underdogs for this one. Odds have shortened on Allen and co. since, but Bills to win at -120 is still our preferred bet.

Bovada is offering a 50% welcome bonus that’s worth up to the total value of $1,000 for all newcomers to the sportsbook signing up in time for NFL’s Week-5 games.

To claim this offer in time for Sunday’s Week-5 NFL fixtures, click the link below and follow the steps: