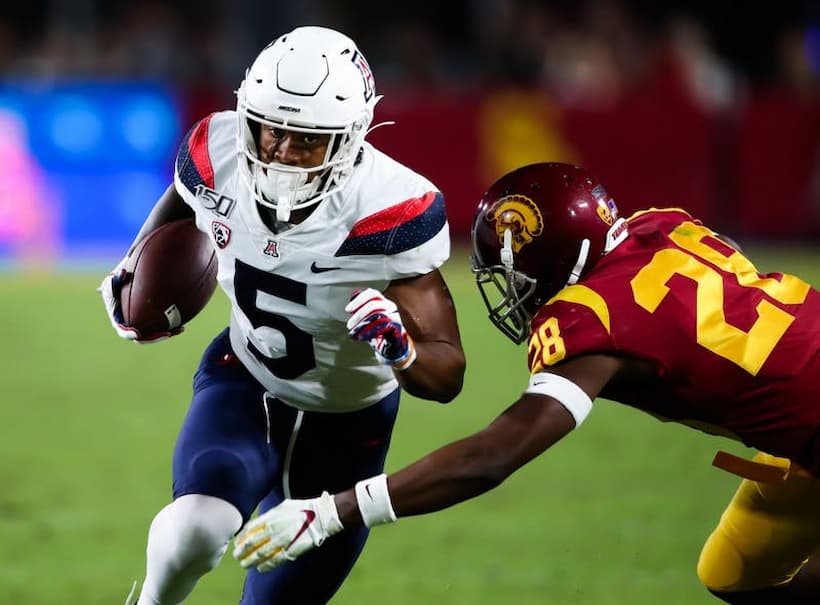 The main slate of NCAA football gets back underway on Friday & Saturday, and, with a fantastic lineup of games scheduled, our expert presents the best NCAA Picks for Week-8. Plus, find out how you can claim a $1,000 welcome offer at the Bovada sportsbook.

Washington hasn’t exactly set the college football world ablaze thus far this season. The Huskies are sixth, with a win-loss record of 2-4 in the PAC-12 North. In their most recent game, Jimmy Lake’s team lost 17-24 to the UCLA Bruins after switching off and giving up a TD late in the 4th quarter. The thing is though, as inconsistent as Washington has been, the Huskies are still playing far better football than the Arizona Wildcats.

The last time we saw injury-ravaged Arizona, they were played off the turf by the Colorado Buffalos, getting shut out for the entire four quarters and losing 34-0. The Wildcat defense is in tatters, giving up an average of 31.0 PPG and, with all the concerns under center at present (Wildcats without their first two choices at QB), it’s hard to imagine them improving on the 0-6 record that has cemented them to bottom place in PAC-12 South.

The Huskies should prove to be too much on Friday night for the beat-up Wildcats.

Bet on the Huskies to win and cover the -18.0 spread at Bovada 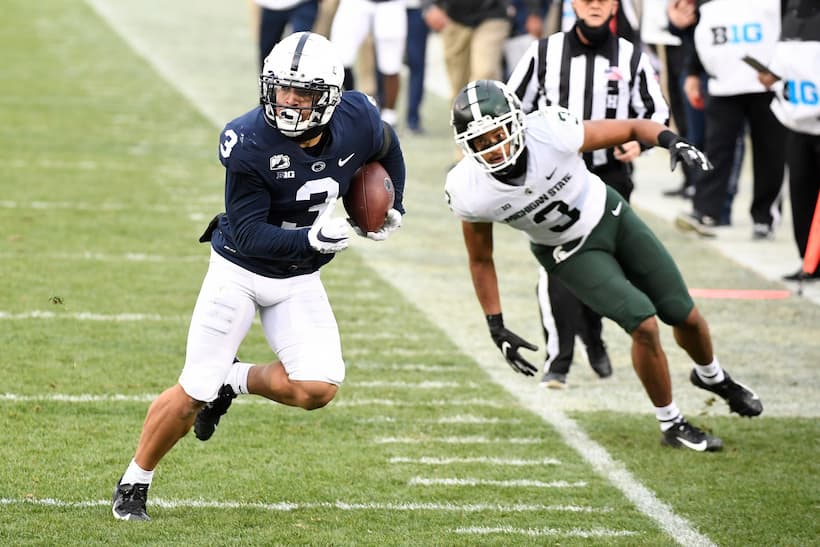 After imploding in the fourth quarter and surrendering a 20-23 W to the Iowa Hawkeyes in Week-6, the now 5-1 Penn State Nittany Lions got a much-needed BYE for Week-7 and should be refreshed and back to top form vs the Fighting Illini.

It’s not all great news at Penn State, however: the Nittany Lions have issues at quarterback heading into the Illinois game. Starting QB Sean Clifford left the field injured during the defeat to Iowa and his backup Ta’Quan Roberson had big issues moving the ball, completing just seven passes for 34 yards, and throwing two picks to boot.

Though you’d always pluck for Penn State at 5-1 vs a team at 2-5 in the B10 West, without Sean Clifford as signal-caller, it’s hard to imagine the Lions covering the huge -24.0 spread against Fighting Illini, especially after what we saw from Roberson a fortnight ago.

Prediction: Penn State to win but Illini to beat the +24.0 spread

Bet on Illini to beat the +24.0 spread vs Nittany Lions at Bovada

The Clemson Tigers have won two conference games on the bounce but, unusually for Clemson, they’ve been making hard work of it to date. Tigers just about clung on to victory in their last game vs Syracuse thanks to a missed field goal from Andre Szmit late in the fourth quarter. Clemson is 4-2 in the ACC Atlantic mostly because of their well-drilled defense.

Offensively, QB DJ Uiagalelei has struggled to fill the big cleats left behind by last year’s No.1 overall pick at the NFL Draft, Trevor Lawrence. Tigers have chalked up approx 14 points per game against FBS opponents and Uiagalelei has had big issues spreading the play.

Pittsburgh, on the other hand, has been something of a surprise package this year and their boys have been on an absolute roll in the ACC Coastal. Panthers are 5-1, top of the division, and averaging almost 50 points per game! The defense is dominant, too: allowing only 20.0 points per game on average.

There’s no such thing as an easy game against Clemson and class might well be permanent, but, on current form, we’re backing the Panthers to win and cover the spread in this one.

Bet Pittsbugh Panthers to win and cover -3.0 spread vs Clemson Tigers at Bovada

NCAA Betting Tips: Get a $1,000 Deposit Bonus at Bovada ahead of the Week-8 games

Bovada is currently offering a 50% welcome bonus that’s worth up to $1,000 for all new patrons to the sportsbook that sign up in time for NCAA Football’s Week-8 games.

To claim this offer in time for Saturday’s Week-8 NCAA fixtures, click the link below and follow the steps: