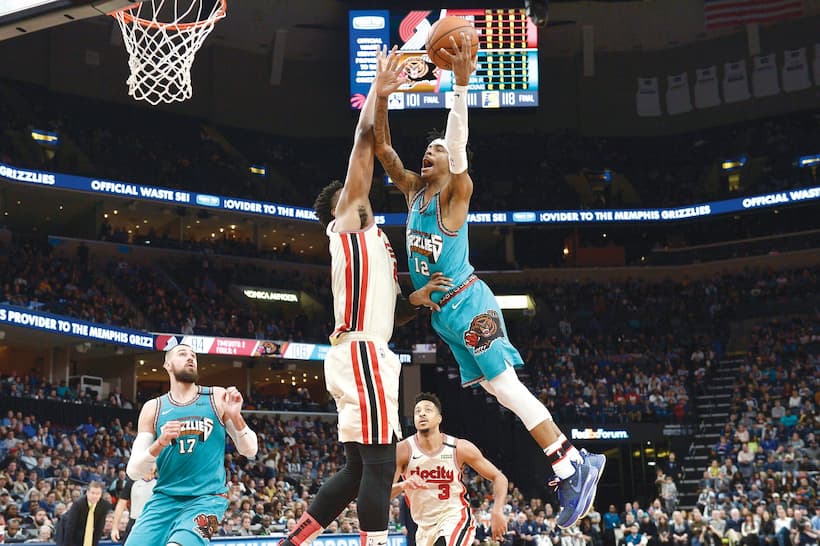 Memphis Grizzlies travel to Oregon to play the Portland Trail Blazers tonight, and our basketball expert has a couple of NBA picks for the game. Plus, details on how you can get a lucrative deposit bonus at the BetOnline sportsbook.

NBA fans can claim a $1,000 deposit bonus by signing up to BetOnline to wager on Portland Trail Blazers vs Memphis Grizzlies

Ja Morant and the Memphis Grizzlies will look to keep their strong start to the season going when they go head-to-head with Damian Lillard, a reignited C.J. McCollum, and the rest of the Portland Trail Blazers tonight!

Below are the latest NBA betting odds available for Trail Blazers vs Grizzlies at BetOnline, as well as our preferred NBA Picks on the prop market.

Bet on Trail Blazers vs Grizzlies at BetOnline

BetOnline is offering a 50% matched deposit bonus that’s worth up to $1,000 to anybody joining the sportsbook in time for Tuesday’s game between Trail Blazers vs Grizzlies

Memphis heads into tonight’s game vs Portland at 2-1, and that one defeat that they have suffered came away in L.A. vs LeBron and co., so no shame there. Ja Morant has been on fire to date, averaging 35.0 points and 8.0 assists per game, including a 37 point haul in a win vs Cavaliers in the season opener.

The Grizzlies supporting cast have also been chipping in this season: Desmond Bane & De’Anthony Melton both average over 13.0 pts per game, and Steve Adams is currently averaging 13.0 rebounds per game, too!

It’s early days of course, but Memphis is sitting pretty in fourth place in the Western Conference; No.10 pick at the 2021 NBA Draft, Ziaire Williams hasn’t set the world alight but is getting valuable minutes on court, and, all in all, with Morant in such good form and the supporting cast making plays, Taylor Jenkins’ team looks to be a tough match for anyone at present. This is backed up by the fact that the Grizzlies top the NBA in points scored per game, averaging 123.3!

Portland, on the other hand, is at 1-2 and sits 10th in the Western Conference after losing to the Kings and the Clippers either side of an unexpected trouncing of NBA Championship runners-up, Phoenix. Chauncey Billups’ team is suffering from a drop-off in form from star man Damian Lillard who has been averaging just 17.0 points per game while shooting field goals at a below-par 36%. CJ McCollum has helped to fill the void on the points board during Lillard’s rough patch. McCollum averages 27.3 points per game and boasts an impressive return of 48.5% from 3-point territory. But, until Lillard recaptures his best, it’s hard to imagine we’ll see Portland at its best either.

Despite Lillard’s woes, Portland is still shooting well from the field as a collective, ranking 6th in the NBA for field goal percentage (47.1%), but the Trail Blazers are struggling to win offensive rebounds; lacking in playmakers and, coming off a tough 30point loss to the Clippers yesterday, we have our doubts about how Portland’s defense is going to stifle Morant.

Neither side has too many injury concerns heading into tonight’s fixture, Norman Powell is out with a left patellar issue, and Tony Snell will be absent with an injured right foot for the Trail Blazers.

Dillon Brooks, who is having issues with his hand, will miss out for the Grizzlies.

Ja Morant and the Memphis Grizzlies have begun this year in exceptional point-scoring form and, with Lillard struggling to get going, even though the Trail Blazers have home-court advantage, it’s hard to pass up on Grizzlies as underdogs tonight.

It’s tempting to take Memphis on the moneyline at +115, but we’ll settle for Morant and co. on the +2 spread.

Memphis Grizzlies to beat the +2 spread (-105) is our NBA Pick for Wednesday Night’s game.