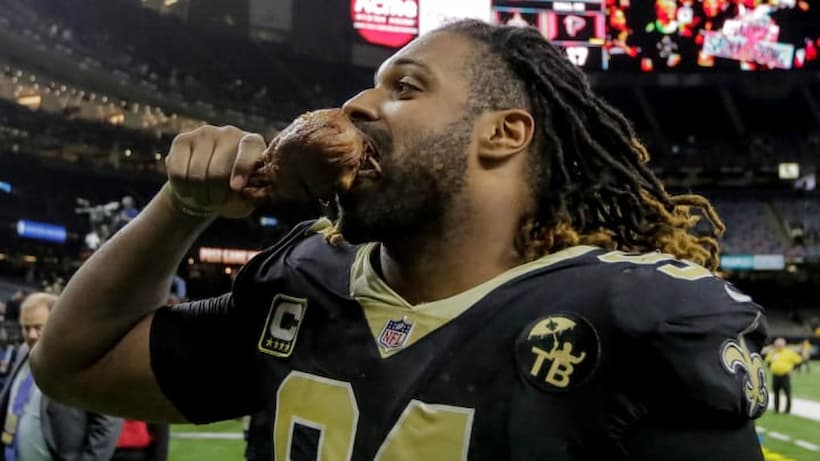 In this special Thanksgiving edition of Thursday Night Football, the beat-up New Orleans Saints (5-5; NFC South) aim to rebound from a tough defeat away to the Eagles when they take on the underperforming Buffalo Bills (6-4; AFC East) at the Superdome.
For a full preview, the latest odds, and free Thursday Night Football picks for the game, read on:
Saints vs Bills Odds
Below are the latest Saints vs Bills odds as broadcast on BetUS, plus our most likely wager on the BetUS prop market:

Bet on Saints vs Bills at BetUS

Both of these teams came into the season among the favorites to clinch their respective divisions. But, for different reasons, both the Saints and the Bills have struggled of late:

New Orleans injury woes continue. The boys from the Bayou have been without QB Jameis Winston for weeks now and went into the game vs Eagles on Sunday without star RB Alvin Kamara and half of the usually reliable offensive line, too. That game ended in another defeat for the Saints and was their second in succession, following the tough loss to rivals Atlanta Falcons in Week-10.

The Saints are still doing a good job of running the football and, though they were put to the sword by the Eagles running committee last Sunday, Dennis Allen’s defense still ranks 3rd in the NFL for rushing yards against, surrendering just 89.8 YPG on the year.

Not such good news for Saints fans when it comes to how their team defends the pass, however: New Orleans ranks 22nd in the NFL and gives up an average of 252.2-yards per game to opposing QBs – something that plays directly into the Bills’ hands.

Including the big 41-15 whooping the Colts put on them at the weekend (how good is Jonathan Taylor?) Buffalo have now lost three of their last five games and have been accused in the media of having a one-dimensional passing offense and of lacking a run game.

However, with the Bills still ranked as the NFL’s 7th best unit when it comes to passing the football (272.9 YPG), Sean McDermott is unlikely to get the running backs involved much more than usual against a leaky Saints secondary.

Saints: at this point, it’s almost easier to tell you who IS fit than who ISN’T where the Saints are concerned: coach Sean Payton’s offense will be without long-term absentees QB Jameis Winston and WR Michael Thomas as per usual. TE Adam Trautman is a serious doubt after taking a big hit and landing awkwardly during the loss to the Eagles on Sunday. LG Andrus Peat (IR -pectoral), LGs Terron Armstead & rookie Landon Young, and RT Ryan Ramczyk are also questionable to feature, as is star RB Alvin Kamara who has sat out the Saints last two successive defeats. Kamara’s comrades in the running back room, Mark Ingram and Ty Montgomery are also injury concerns.

Over on Dennis Allen’s defense, there’s slightly less bad news. However, there are big issues at DE with DE1 Marcus Davenport, DE2 Tanoh Kpassagnon, and DE3 rookie Payton Turner all battling to get fit for the visit of Buffalo.

Bills: On the offensive side of things LT Spencer Brown is an injury worry for Sean McDermott’s team, and Cole Beasley is likely to be a game-time decision – the WR did engage in light practice on Monday.

The Bills defense is in good shape for this Thanksgiving clash at the Dome, but DT Star Lotulelei and LB Tremaine Edmunds are almost certain to miss out.

Besides the home defeat to the Giants in October, the Saints have really impressed us with their resilience, combative spirit, and coach Sean Payton’s uncanny ability to eke out yards from an offense that is on its last legs in terms of injuries. Whether they win or lose, the Saints put on a show in all three aspects of the game and we’re expecting them to take the Bills into deep waters even with the long list of absent stars.

However, without the league’s best offensive line (my opinion) at full strength ahead of him, it’s hard to imagine QB Trevor Simian getting the job done for New Orleans this Thanksgiving.

The Bills haven’t been at their best in recent weeks. But failure to defeat a beat-up-looking New Orleans would truly be a damning indictment on their playoff credentials.

As such, with the pressure now on in the AFC East in the shape of the Patriots, we’re expecting Josh Allen and co. to return to form at the Dome and grab a much-needed result.

Prediction: Bills to win and cover the -4.5 spread (-105) is our Thursday Night Football Pick for the game.

BetUS is offering a 125% first-time matched deposit bonus that’s worth up to $2,500 to anyone that signs up with the sportsbook in time for TNF’s Thanksgiving special: Saints vs Bills.

If you’d like to learn more about the best offshore betting sites available in the USA, click the link.