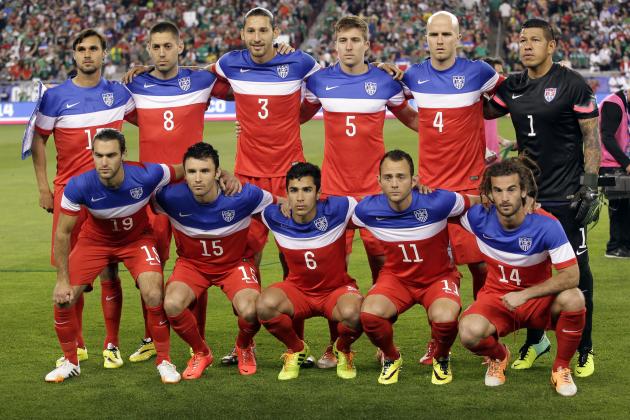 The Yanks will be hosting the South American side on Oct. 10, in a FIFA Friendly match.

The United States Soccer Federation announced on Thursday, that the USMNT will be making their return to the states against Ecuador on Oct. 10 at the 40,000 capacity stadium Rentschler Field at East Hartford, CONN.

The game will be televised live on ESPN, WatchESPN and UniMas and the game will take place at 7 p.m. U.S. Coach Jürgen Klinsmann is excited to play the first home game since the World Cup.

“We are really excited to get our first chance to play at home after the World Cup,” Klinsmann stated in a release. “The support from our fans in the United States and everyone that traveled to Brazil was awesome, and we want to build on that energy. We have an exciting four years ahead of us, and this is just the beginning. The U.S. team has a great history at Rentschler Field, so we are hoping for another big crowd against Ecuador.”

The Americans and the Amarillos have faced each other 11 times, the first match between the two nations was in 1984 on Nov. 30 with a scoreless draw. However, since then the Stars and Stripes hold a disappointing 2-5-4 record with the South American side. However, in the final four matches the two nations have faced, the Yanks have a 2-1-1 record; with both victories being played in the States.

Even though the Yanks would have preferred to play their first home match against fourth ranked Colombia in Sept., but playing against the 21-ranked nation according to FIFA’s rankings will do. Regardless, of that the USMNT will still be looking to build on the momentum of the World Cup, and get a third victory against the Ecuadorians on Oct 10 in their 12 meeting.

Klinsmann now has three friendlies confirmed to get the young Americans some playing time to develop for the 2015 CONCACAF Gold Cup next summer. The first match for the USMNT will be against the Czech Republic on Sept. 3 in Prague. The second will now be a home match against Ecuador on Oct., and the last match will be against the Republic of Ireland on Nov. 18 in Dublin.