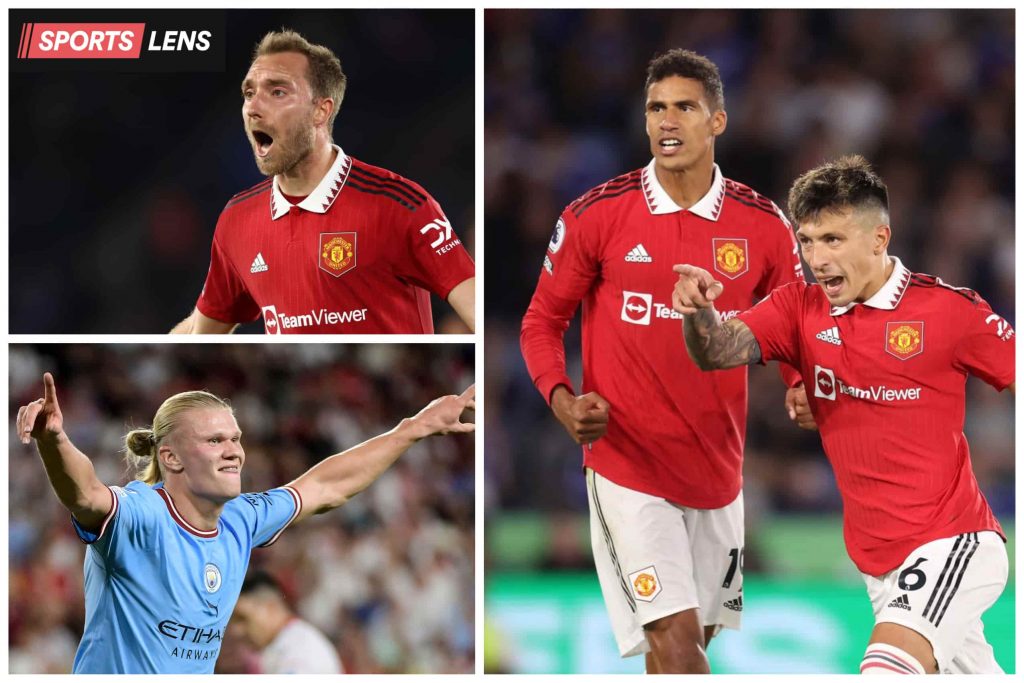 Erik Ten Hag faces his toughest test yet as his side make the short hop across Manchester to face City at the Etihad Stadium on Sunday afternoon.

Both Manchester teams find themselves in the midst of a purple patch as of late, and the reunion of former Bayern Munich teacher and pupil duo Pep Guardiola and Erik Ten Hag is an intriguing clash of kindred footballing philosophies.

The Red Devils have completely flipped their season on its head after the doom and gloom of opening defeats to Brighton and Brentford.

Their most impressive performance came just before the international break, where they ran out eventual 3-1 victors against league-leaders Arsenal. One key takeaway from that victory was the manner in which they began the game; the Gunners hardly touched the ball in the opening 15 minutes, with Christian Eriksen particularly instrumental in setting the tempo which eventually led to a debut goal for Antony just after the half hour mark.

While this explosive start was supplemented by an enthused Old Trafford crowd, this has been a running theme in their four-game winning streak, and if they are able to get a foothold early on against their neighbours and nullify their own possession game, some early dominance would go a long way to getting a result.

City won 21 out of 22 games when leading at half-time last season, while drawing one and scoring 79 goals in the process – it is imperative United come rushing out the blocks.

Eriksen’s Performance Could be a Deciding Factor

As is the case with any Pep Guardiola side, controlling the middle of the park is a given and a likely three of Rodri, Kevin De Bruyne and Ilkay Gundogan is enough to make even the most imperious opponents quake in their boots.

However, Manchester United’s improved form has highlighted just how shrewd of a signing Christian Eriksen is likely to have been, especially when you consider it didn’t cost the club a penny. The Danish international dazzled for his country in their win over France last week, and his performances back in Manchester earned him the club’s Player of the Month award.

Christian Eriksen has been named @ManUtd's Player of The Month 🥇

What a steal, what a player! 👏💰🔥 pic.twitter.com/svVk7DErEl

While Bruno Fernandes has been instrumental in the pockets behind the striker, United have been crying out for a ‘regista’ or a traditional number 6 in the past few years. A smooth operator free to drift in between the holding midfielder and the more advanced personnel, Eriksen thrives when he is able to roam as he wishes in a slightly deeper role.

This has seen him sliding immaculate, inch-perfect passes in behind opposition teams, consistently beating the first midfield press with fleet-footed bursts and dictating the speed at which his side play.

With the addition of one of the finest holding players of this generation, Casemiro, this affords him even more licence to identify open spaces in the middle of the park – City will need to neutralise his game as much as possible.

Varane and Martinez vs Haaland

While an obvious talking point, it is certainly worth examining Manchester United’s capacity to deal with a rampant Erling Haaland.

Raphael Varane and summer signing Lisandro Martinez have formed a formidable partnership in the centre of defence, simultaneously pushing club captain Harry Maguire out of the starting 11 and providing the United faithful with some much needed reassurance at the back.

Eight goals conceded in seven games is a respectable record, but there are few defences in world football who can contain Manchester City, particularly with Erling Haaland at the helm. The Cityzens have notched in 23 goals in seven games, with the enigmatic Norwegian claiming 11 of them.

Erling Haaland so far this season 🚀

Even when he doesn’t seem to be affecting the game in any way, there is always an ever-present threat. Fears over Martinez’s physicality at 5’9 have quickly diminished after a string of impressive displays, but we do question whether him, or Varane for that matter, are able to deal with Haaland’s bullish approach and darting runs.

A nigh-impossible task awaits the pair, but if they can keep Haaland at bay, they only have to worry about 10 other world-class Premier League winners!

Club football returns across the continent this weekend – why not take a look at our guide to the best football betting sites.