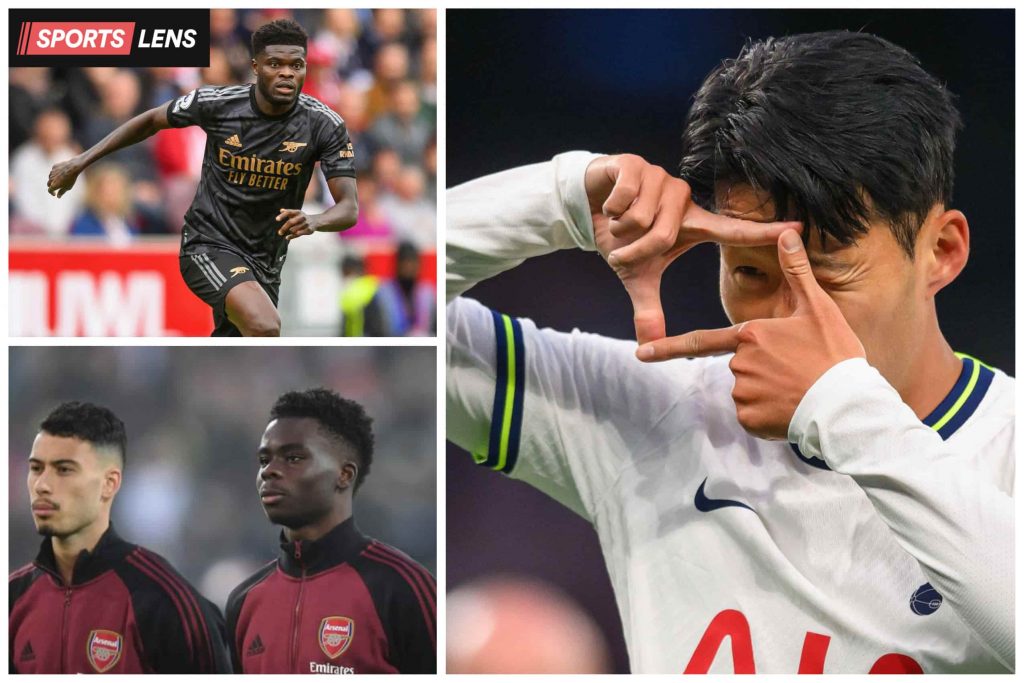 Arsenal and Tottenham return from the international break to face off in the 171st league meeting between these eternal North London rivals.

Ahead of Saturday’s early kick-off, our experts have put together a few of the key talking points which could prove decisive in this hugely intriguing early-season derby.

Arsenal are sitting pretty at the summit of the table thanks in no small part to the effervescent attacking prowess of their budding young front three.

Gabriel Martinelli in particular represents everything Mikel Arteta is trying to instil in his blossoming squad – passion, tenacity, desire, all backed up by immense speed, fleet-footed control and a knack for finding the net. It is truly staggering that a player plying his trade in the fourth tier of Brazilian football three years ago has risen to become arguably Arsenal most potent player this year.

That isn’t to say Bukayo Saka is any less effective – fans will be hoping his expertly taken goal against United little over a fortnight ago will kickstart his goalscoring exploits into action. Nonetheless the 21-year-old has registered four assists so far this season, and continues to be a constant threat for opposition teams.

Gabriel Martinelli has had the MOST Attacking sequence involvements in the Premier League so far this season, tied with KDB (46)

The placement of each Arsenal player in the top 10;

With Ivan Perisic widely expected to miss this fixture, it befalls to Emerson Royal on the right and Ryan Sessegnon on the left to deal with Arsenal’s danger men out wide, and while the defensive pair have displayed some solid performances this season, this is undoubtedly their toughest test yet.

Thomas Partey Faces a Race Against Time to Prove Fitness

Thomas Partey’s Arsenal career has been largely characterised by a string of injuries, intersected by flashes of world-class brilliance leaving the Gunners faithful wanting more.

The Ghanian pulled out of his country’s fixture with Brazil just minutes before kick-off over the international break, again withdrawing due to a persist knee injury that has plagued his career in North London so far.

“We didn’t want to take that risk in a friendly game to play him against Brazil.”

The 29-year-old had only just returned to the side in Arsenal’s convincing win away to Brentford where he registered an assured, domineering performance, but he will now have to be assessed ahead of a crucial fixture in their bid to retain top spot.

Youngster Sambi Lokonga, who deputised in Partey’s stead with aplomb against Aston Villa and Manchester United, may well feature alongside Granit Xhaka in the centre of midfield.

After storming towards the Golden Boot with 23 goals last season, Tottenham fans would have been expecting Son Heung-Min to continue along a similar path when the season commenced once more just over a month ago.

Fast forward to just before Spurs’ 6-2 drubbing of Leicester prior to the international break, the South Korean international failed to score in any of his side’s opening six games, leaving both the fanbase and manager Antonio Conte perplexed.

Man just closes his eyes and imagines every keeper is Danny Wardpic.twitter.com/06WHDdjyVK

This prompted the Italian to leave the 30-year-old out of the starting 11 against the Foxes, a decision which more than payed dividends as he entered the field on 60 minutes and proceeded to smash three goals in 13 minutes past Danny Ward to well and truly quell any doubts over his form this season.

“Maybe we can repeat this experiment if you’re going to score three goals in 30 minutes,” joked Conte after the game, but his decision to leave him out looked to be a shrewd one as he went on to score twice in as many games for South Korea over the intentional break.

Get ready for what should be a fascinating North London Derby by taking a look at our guide to the best football betting sites.