Welcome to our complete guide to the history of League Cup winners. We’re going to reveal everything you need to know about one of England’s biggest football competitions, including a full League Cup winners list. Read on to become an expert on the subject of this famous cup. 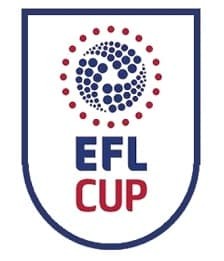 The League Cup is the second most notable cup in English football. It’s the FA Cup that is the much older competition, having been first contested in 1871 and remains the more prestigious prize.

First played in 1960, the League Cup was conceived as an answer to the problem of the dwindling attendances of the time. With the majority of clubs installing floodlights at their grounds in the 1950s, the Football League saw the opportunity to organise a cup competition that could be played on midweek evenings during the winter.

At first the competition was not popular with bigger clubs, who were more interested in the recently launched European competitions. Small clubs such as Rotherham United and Rochdale were able to reach the first two finals, with some larger clubs opting not to enter, but gradually the competition began to establish itself.

Sponsorship Became Acceptable in the 80s

With less tradition to contend with than the FA Cup, the Football League were able to find sponsors for their cup competition in the 1980s. Aside for one season, it has had a main sponsor that has given their name to the competition, ever since.

In a world where there are now more fixtures than ever for footballers to contend with, the League Cup has remained in place. While it’s true that Premier League teams rotate their squads in the competition, especially in the early rounds, it remains a trophy that the big clubs covet.

The first piece of silverware of the season is given to the League Cup winners and it’s now seen as an important benchmark in the campaign. Managers feel that by securing the League Cup, their players will get the taste for glory and stand more of a chance of winning further competitions, that are decided towards the end of the season.

You can bet on the League Cup winner odds outright throughout the football season. The competition runs from August until the end of February or start of March every year. Check out the current prices for teams to win it on League Cup betting sites in the UK today:

Our list of League Cup winners begins with the finals between 1961 and 1966, which were all two-legged affairs. Aston Villa were the first ever winners of the competition and in total have gone on to win the League Cup five times from nine appearances in the final.

As you’ll note, the likes of Rotherham and Rochdale reached the final in the first two seasons of the competition, while Norwich City of the Second Division were able to win the League Cup in 1962. All of the other winners from this period came from the top flight.

It was in the 1966-67 season that the final was switched to being a one-off match at Wembley. That season also saw Arsenal, Tottenham and Wolves enter the competition for the first time and a major shock in the final. QPR of the Third Division came back from being 2-0 down against West Brom to win 3-2.

There was another shock in 1969 courtesy of a Third Division club, when Swindon Town defeated Arsenal. The competition took a major stride when it became compulsory for all Football League clubs to enter in the 1971-72 season and then another in 1973, when Tottenham Hotspur became the first side to qualify for Europe through a League Cup victory.

In 1977 we saw the first final to go to a replay, when it took Aston Villa three attempts to beat Everton, with the first final at Wembley, the second at Hillsborough and the third at Old Trafford. 1981 was another significant year, with Liverpool League Cup winners for the first time.

In 1982 the League Cup acquired its first sponsor and became known as the Milk Cup. Liverpool entered this era as the holders and won it for the next three seasons, making it four consecutive wins in all.

Liverpool’s reign finally came to an end when Norwich City won the competition for the second time. Another relatively small top flight club would win the trophy in 1986, when Oxford United became the last ever Milk Cup Winners.

Between 1987 and 1990 the competition was known as the Littlewoods Cup. This new era started with Arsenal League Cup winners for the first time. They then lost the final the following year in a classic against Luton Town.

The pattern followed in 1989, when the holders once again lost in the final, as Nottingham Forest defeated Luton. Forest broke this pattern when they retained the trophy in 1990. Sheffield Wednesday became the opening winners of the Rumbelows Cup in 1991 when they defeated Manchester United. Alex Ferguson’s team won the League Cup for the first time when they beat Nottingham Forest in 1992.

Between 1993 and 1998 the competition gained some fizz, when Coca Cola were the sponsors. Arsenal were the first winners, beating a Sheffield Wednesday side that they wold also defeat in the FA Cup final that season.

Aston Villa would win the trophy twice in this period. Leicester City and Chelsea also won it for the first time since lifting the trophy in the sixties.

The competition between 1998 and 2003 was sponsored by the beer brand Worthington. Tottenham won the League Cup for the first time since 1973 with a narrow win over a Leicester team that would return to Wembley to win the competition in 2000.

In the 2003-04 season, another brewing company became sponsors, with the competition known as the Carling Cup. Middlesbrough were the first winners, defeating Bolton Wanderers.

After several years being held in Cardiff, the final returned to Wembley in 2008, when Tottenham defeated Chelsea to become Carling Cup winners. Spurs would lose the final the following year against Manchester United, who lifted the trophy three times during this period.

The finance company Capital One were the sponsors between 2012 and 2016. Swansea won the trophy for the first time, when they hammered Bradford 5-0, which remains the biggest ever margin of victory in a final.

Manchester City’s recent dominance of this competition began when they won the cup in 2014. They would win the last Capital One Cup in 2016, before neighbours Manchester United won in 2017, in a season in which the competition was unsponsored.

The energy drink Carabao are the current sponsors, with their period beginning in the 2017-18 season. Manchester City were the Carabao Cup winners in four consecutive seasons between 2018 and 2021.

That run saw them move level with Liverpool as the most successful club on the League Cup winners list. The Merseysiders moved back ahead of them when they won the trophy on penalties against Chelsea in 2022.

Liverpool are the most frequent League Cup winners with nine titles from a record 13 finals. Manchester City have won the competition six times in the last nine seasons. That gives them eight wins, from just nine finals.

The players with the most League Cup winners medals are Sergio Aguero and Fernandinho with six each. Ian Rush has the largest total of League Cup goals with 49, while Clive Allen has the most in a single season, with 12 in 1986-87, when Spurs reached the semi-finals.

The EFL Cup winners qualify for the Europa Conference League play-off round. They had previously qualified for the UEFA Cup and then more recently, the Europa League.

Who won this years League Cup?

Liverpool won the League Cup in the 2021-22 season. They drew 0-0 against Chelsea in the final after extra time, but triumphed with an 11-10 win on penalties.

Has a non Premier League team won the League Cup?

Who has won League Cup most?

Liverpool have won the League Cup more than any other side, with nine wins from 13 finals. Manchester City are the second most successful side in the competition, with eight wins from nine finals.

Is it extra time and penalties for EFL Cup finals if scores are level?

Yes, the League Cup final matchday must have a winner on the day. That means extra and then a penalty shootout if the two teams cannot be separated after 90 and 120 minutes.

Do League Cup winners qualify for the Champions League?

Never in English Football League history have winners of the League Cup received automatic qualification for the UEFA Champions League, or its predecessor the European Cup. The successful used to gain entry to another continental club competition, the Cup Winners’ Cup. After that ended, the spot went to the UEFA Cup or UEFA Europa League. Nowadays, League Cup winners qualify for the Europa Conference League