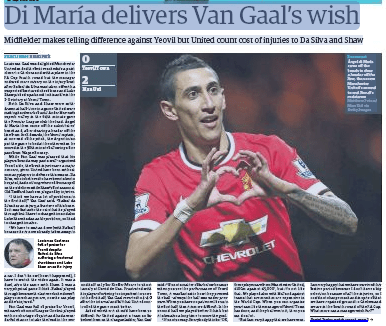 This is a new segment on Soccerlens. Here I will bring you all the latest stories published in UK newspapers, along with bit of analysis from my end, especially for those who do not have access to the original newspapers published in UK (read as global audience).

From today, we are starting this new column – the main stories grabbing the headlines are related to FA Cup, Manchester United and Steven Gerrard.

The Guardian have devoted couple of pages on Manchester United’s victory over Yeovil in the FA Cup and it seems they are heavily impressed, along with us, with the performance of Argentine genius Angel di Maria. Daniel Taylor in a separate article writes “Di Maria’s class allows United safe passage from struggle.”

Daily Star covered the story with a different spin. Ander Herrera and Angel di Maria, both signed in the summer for massive transfer fees, were on target yesterday. 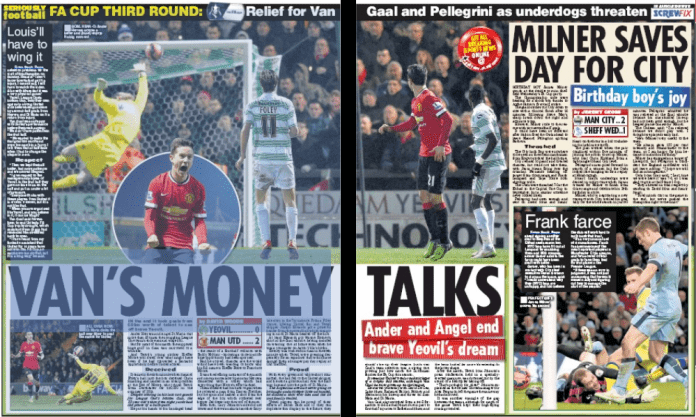 Liverpool captain Steven Gerrard announced recently that he will leave the club to join MLS club at the end of the season. His shock decision created a buzz in the media and among the fans with many questioned whether Liverpool did enough to persuade their skipper to stay beyond the season.

The Telegraph recently published an article where they claimed Liverpool are considering bringing Gerrard on loan next season. Martin Samuel, the famous Daily Mail columnist argues: Why on Earth would Gerrard do that? 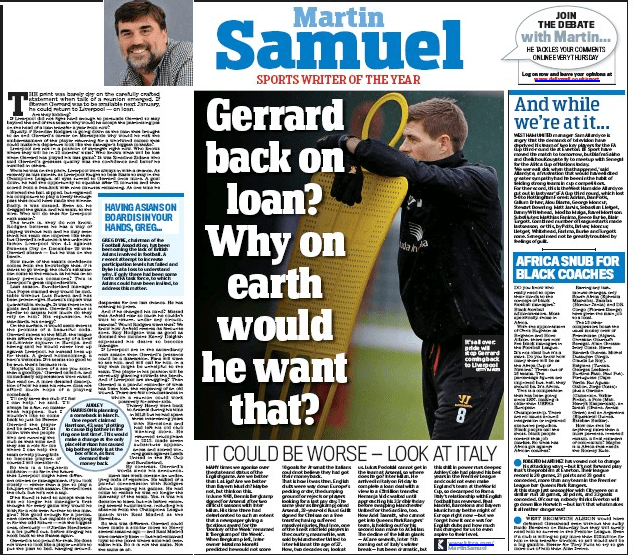 Ian Herbert, of the Independent wrote a brilliant article today on Liverpool, where he underlines that the Reds need to focus on bold transfer dealings, post Steven Gerrard era. 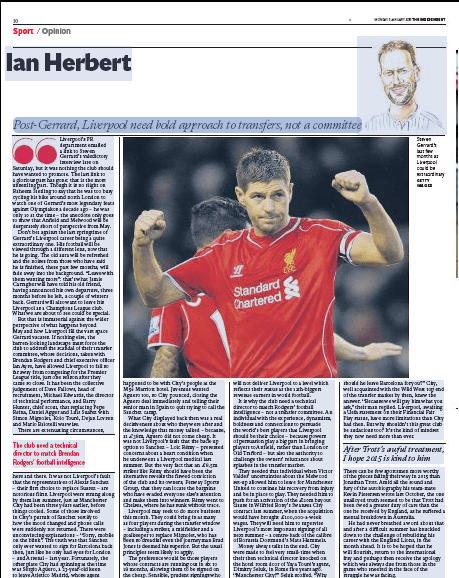 FA Cup Reactions: “Early exit is just the job for Ashley?” headline of The Express after Newcastle lost against Leicester City. 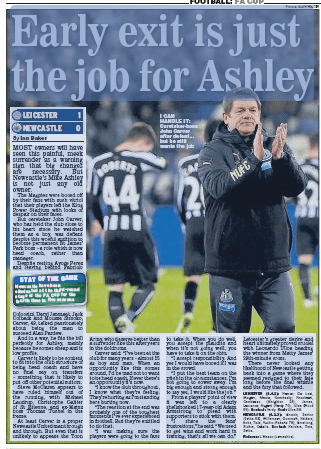 Elsewhere, James Milner’s heroic effort has been praised as well, while Chelsea’s impressive win against Watford has got detailed coverage.