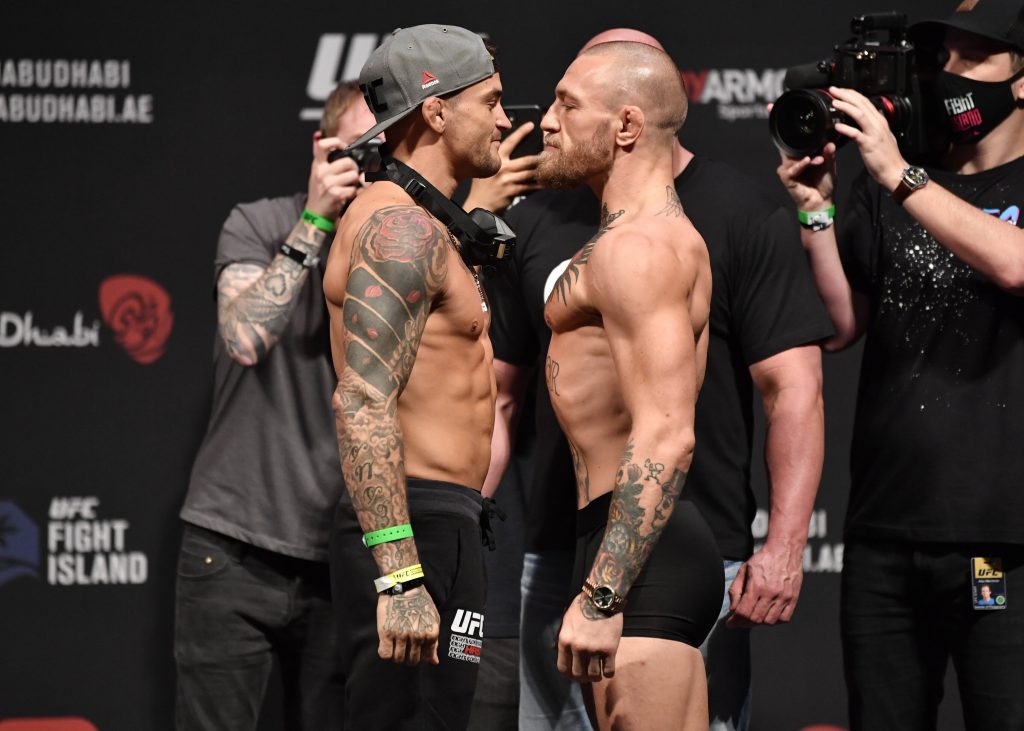 The Ultimate Fighting Championship (UFC) is the undisputed pinnacle of mixed martial arts, and its events regularly attract a massive audience on live streaming platforms.

The company runs weekly Fight Night events throughout the year, while major pay-per-view (PPV) cards are staged every month.

While most events are hosted in the United States, the UFC is very much a global affair with fans around the world clamouring to watch the action.

The UFC offers its own Fight Pass which can be purchased monthly, giving fans access to all live UFC preliminaries and early preliminaries.

All main cards are available 48 hours after airing including PPV events, but there are plenty of other options for fans who don’t want to wait.

The UFC currently has a wide range of lucrative deals with broadcasters across the planet, making it easy for fight fans to tune in to all the events.

Read on as we look at the easiest ways to watch the UFC online to help you determine which service best suits your individual needs.

ESPN+ is the best way to watch UFC live streaming in the US and is the only option if you want to access PPV cards legally.

The service costs $6 per month or $60 per year, and new subscribers can grab a bundle deal that includes 12 months of ESPN+ plus the UFC PPV package for just $90.

Users can also watch classic UFC fights and replays, making ESPN+ the must-have service for MMA fans in the US.

Subscribers can also watch live games from the NHL, MLB and MLS, while tennis, boxing and international soccer are other sports featured.

Available via web browser, smart TV, mobile device and game consoles, ESPN+ is a great way to keep up-to-speed with the UFC.

BT Sport has exclusive broadcast rights in the United Kingdom and Ireland to UFC events.

Every UFC Fight Night, including preliminary and post-fight analysis, is shown on BT Sport as part of your normal subscription.

Some events listed as PPV in other regions have been included at no extra cost, although most of the biggest bouts are only available behind a paywall.

BT’s UFC coverage is available on its website and via the app, meaning you can live stream events on your favourite device at home or on the move.

The company also broadcasts a vast range of other sports including football, rugby union, cricket, MotoGP, boxing and more.

The price for BT Sport varies dependent on which platform you use to access the service but generally works out at about £20 per month.

You can also access the service without a contract via the BT Sport Monthly Pass.

For fans based in other regions worldwide, there are plenty of ways you can live stream UFC events. These include:

There are numerous other ways to live stream UFC events. The best of these are as follows:

If you love watching the UFC and other major North American sports, fuboTV will be right up your street.

Their two standard plans both include ESPN, with monthly subscriptions ranging from $65 to $80, dependent on which option you choose.

Hulu is perhaps the best-known name of the alternative options for live streaming UFC events.

Their Live TV plan starts at $65 per month and includes ESPN. You can also add premium channels like HBO and Showtime.

If you want ESPN+, you can get this by adding the Disney Bundle, which costs just $14 per month.

For fans looking for a cost-effective way to stream live UFC events, Sling TV is well worth checking out.

Sling’s Orange Plan includes the ESPN channels and can be purchased for just $35 per month.

You can also combine this with the Blue Plan for an additional $15 per month, which gives you access to even more sports channels.

The flexibility offered by Sling is great for sports fans, allowing you to build a package around the content you watch the most.

UFC fans are spoilt for choice at the moment, with live events available on streaming services throughout the year.

Monthly costs for live UFC action tend to be affordable, but users do have the option to purchase fully-loaded sports packages if they choose.