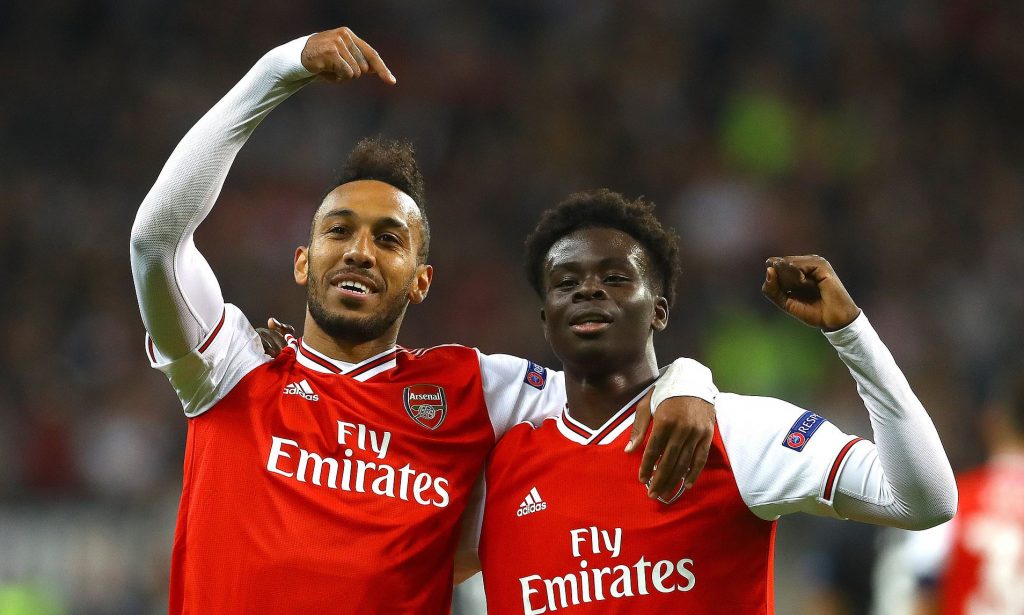 While Wolverhampton Wanders are yet to get over their blues from first-time participation in the competition, the English giants are doing their “favourites” tag justice.

Arsenal haven’t had the best of starts to their league campaign but managed to thwart last season’s semi-finalists Eintracht Frankfurt at their own yard.

Unai Emery, a three-time winner of this competition himself, knows the ins and outs of how to prevail in such a knockout-based style. Of course, Emery wants to top the group to help with an easier seeding in the earlier knockout rounds.

Standard Liege stand in their way at the Emirates stadium, where the Spaniard has maintained an extremely impressive record since his arrival. It’s difficult to see that being broken on Thursday night.

After Nicolas Pepe had a disappointing game against Manchester United, Emery’s tipped him to soon come good for the Gunners.

He’ll probably be starting his record-signing along with a host of youngsters, including Bukayo Saka and Joe Willock, whom the Spaniard praised after their impressive showing against Frankfurt.

As the Gunners look to consolidate their group dominance quickly, this should be another comfortable win despite Liege posing a stern threat with their own stubborn defence and unpredictable nature to tuck in goals.

Manchester United, meanwhile, travel to AZ Alkmaar in a game which will also see some of their wonderkids take the field.

Paul Pogba has been left out from the squad after apparently reaggravating a foot injury, but Ole Gunnar Solskjaer is desperate for an away win after being unable to win any in the Premier League.

The Norwegian isn’t pleased with where they have to play on Thursday, explaining it as “one of the worst” Astroturf pitches he’s ever seen.

He obviously won’t be risking his injury-prone players, with youngsters like Mason Greenwood, Axel Tuanzebe, Angel Gomes and Tahith Chong once again tipped to play along with their fringe players.

Due to the wonky conditions and Alkmaar’s blooming talent, things will not be easy for the struggling Red Devils. Solskjaer’s side must wither the storm and come out firing on all cylinders to finally end their away curse.

Wolverhampton Wanders did pick up their first win of the season against Watford, but now face a nightmarish trip to Turkish side Besiktas. Known for their volatile atmosphere and nervy fan-culture, it won’t be at all easy for Nuno Esposito Santo’s under-pressure side.

However, Besiktas are also struggling having only picked up one win from five league games so far this season.

They’re at their most vulnerable and there for the taking, so Santo must prove his tactical aptitude by properly setting up his side to go for the kill rather than be settled with a draw.