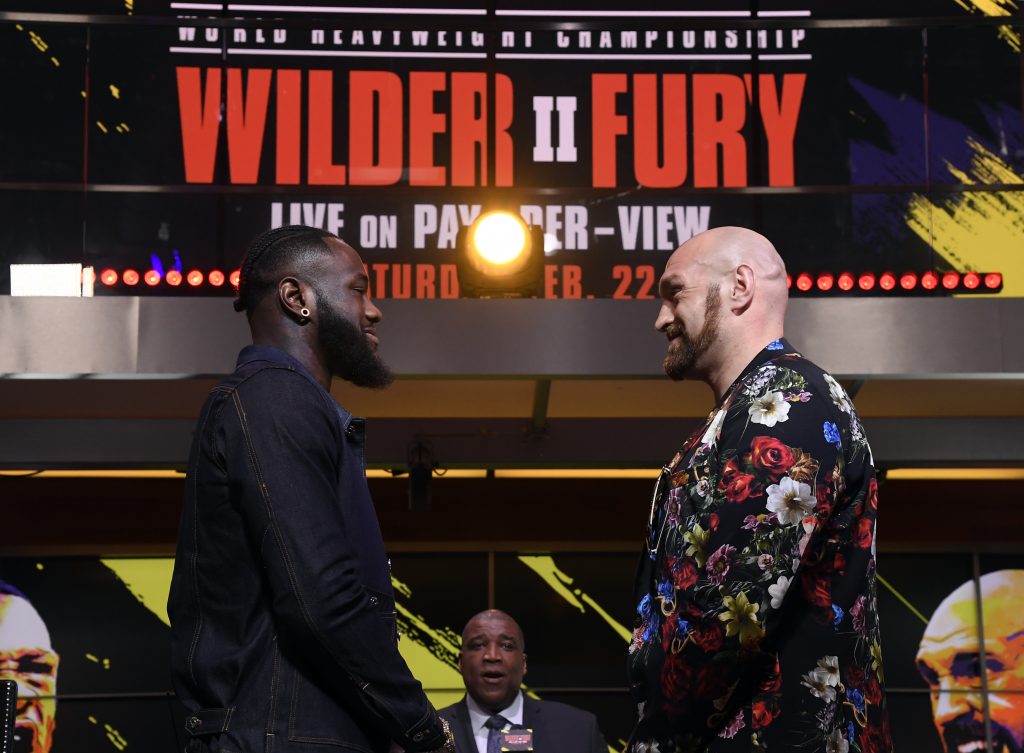 Tyson Fury goes head-to-head with Deontay Wilder in Las Vegas on February 22 in one of the most eagerly-awaited rematches of the last few years.

The pair fought out a controversial draw back in December 2018, leaving fight fans pondering when they would meet up again.

Fury out-boxed Wilder for much of that contest, but Wilder showcased his power with a devastating late knock-down.

The British heavyweight miraculously rose to his feet in one of sport’s most iconic ever moments to leave the judges declaring the fight a split-decision draw.

Fury bamboozled Wilder throughout the first bout and many respected pundits had him at least three rounds in front at the end of the contest.

Since their draw Fury has added victories over Tom Schwarz and Otto Wallin to his record, while Wilder has beaten Dominic Breazeale and Luis Ortiz.

Having comprehensively outclassed Wilder with his boxing skills first time around, the Gypsy King is unsurprisingly confident of regaining the title with an early knockout in Vegas.

“From the first fight I learnt that if I’m any good at all, then I’m going to beat him in this rematch. If I’m totally useless, I’ll lose. No pressure on me, like!

“I can’t do anything about judges’ decisions, worse things have happened in a boxing contest. That’s why we get to do it again and put it right. The record will be set straight this time.”

While Fury showed that he was the better boxer in the first fight, Wilder demonstrated that his punching power makes him a huge threat.

Wilder has knocked out 41 of his previous 43 opponents and has vowed to add Fury’s name to his list of victims.

“I’m happy and I’m excited that the rematch is finally happening. I want to give the fans what they want to see,” he said.

“I’ve been doing it with my last three outings – Fury, Breazeale and Ortiz. They’ve been spectacular events – from my ring walks where I gather all the energy of the people, to my uniforms that I wear to help spread that energy.

“Then I give them what they all come for – the knockouts, and my knockouts have been amazing. I proved myself the first time and I’m ready to do it again. It was a very controversial fight.

“I promise my fans that there won’t be any controversy with this one. I’m going to finish it.”