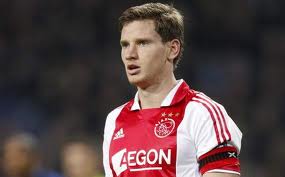 For a club that won’t be in the Champions League next season, which may struggle to keep its best players and currently is unsure over who will be the manager when the 2012/2013 season kicks off in August, Tottenham have been linked with an impressive calibre of player. Some of Europe’s best young talent is rumoured to be coming to White Hart Lane this summer, which after the end to the season Spurs had would give the club a massive lift.

Of course these rumours may turn out to be just that, and the players Spurs are supposedly on the brink of signing may never actually sign. The tabloids and transfer gossip mills and ‘ITK’ threads on club forums are not renowned for their reliability. But does that stop people talking about transfers? Nope. Does it stop fans dreaming of players they want to see next season play for their club? No.

In a three-part series, we look at three transfer target categories: ‘Likely’, ‘Possible’ and ‘Get The F*** Away From Us’. We start with the most likely Tottenham transfers below – you can find the other two articles here: ‘Possible Tottenham Summer Transfer Targets‘ and ‘Tottenham Shouldn’t Sign These Players‘.

Missing out on Champions League football means a number of deals we would have considered as done and dusted are now up in limbo. There’s only one player so far that’s considered likely to sign for Tottenham in the coming weeks.

This is the signing most likely to happen. Vertonghen has said that he’s in negotiations with Spurs while for the last week or two the transfer was supposed to have been completed ‘in the next few days’.

The delay over the confirmation in signing is slightly worrying though may well be explained by the fact that Daniel Levy is currently mourning the death of his mother and understandably is not at his desk signing transfer forms and negotiating transfer fees. Vertnoghen’s talk about potentially joining Arsenal has stopped – it appears he will sign for Spurs though it has taken longer than expected.

Should he sign he will be a quality addition to Spurs. With Ledley King on the verge of retirement, William Gallas and Ryan Nelsen old and injury prone and Michael Dawson recovering from an injury-hit season where he hardly played a centre back is needed. Vertonghen from what we’ve seen at Ajax is a classy defender who’s good on the ball, excellent at passing out from the back and not amiss to the odd foray forward into midfield. Well worth the £10m or so we’re purported to be paying for his services.

He’ll have one of two centre-backs to form a partnership with. Younes Kaboul had an excellent season in 2011, he was the only consistently fit centre back and was a powerful presence at the back. He also mostly cut out the individual errors and willingness to go forward that gave opposition forwards easy chances and gave coaches, fans and teammates mini-heart attacks.

But there’ll be competition for his place with Steven Caulker returning on loan from Swansea. Caulker was excellent for Swansea and the previous two seasons won Player of the Season awards at Yeovil and Bristol City. He looks every inch a future Spurs and England centre back and it will be interesting to see how (presuming Vertonghen signs) three young, highly rated centre backs will fit into a side which barring a change to three at the back will be two centre back spots. But to have three excellent centre backs all 26 years old or younger is an excellent problem to have.

What could be a problem is that Vertonghen, Kaboul and Caulker are all quite offensively minded. At Arsenal Thomas Vermaelen repeatedly got his team in trouble through foraying forward and leaving space in behind which his centre back partner wasn’t able to deal with. Partnerships will need to be embedded in so that this doesn’t happen. Also Kaboul for all his strengths still sometimes relies on his pace and strength to bail him out of bad positions and rectify mistakes he’s made. He can’t do this forever. Caulker has only one game for Tottenham and though Vertonghen is highly touted new signings who’ve never played in the Premier League sometimes need a while to adapt.

In this three-part Tottenham series, we look at three transfer target categories: ‘Likely’, ‘Possible’ and ‘Get The F*** Away From Us’. You’ve read all about Jan Vertonghen above, now read the other two articles: ‘Possible Tottenham Summer Transfer Targets‘ and ‘Tottenham Shouldn’t Sign These Players‘.