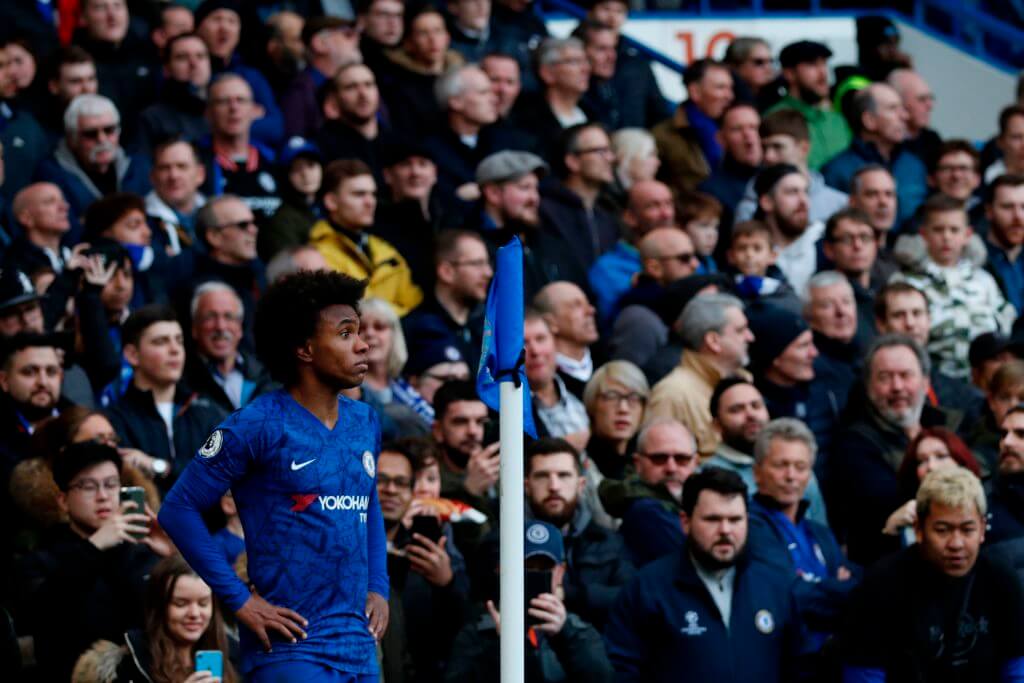 Brazilian winger Willian has admitted that he could leave Chelsea at the end of the season.

The 70-times capped Brazil international has revealed that the Blues are not willing to offer him a three-year deal at the club and that all negotiations have stopped at the moment.

Willian joined Chelsea from Anzhi Makhachkala for a reported fee of £30 million in a controversial transfer move. The Brazilian was close to joining Tottenham Hotspur, but he moved to their London rivals instead.

And now, Spurs have a chance to sign him as Jose Mourinho is looking to bolster his attacking options by reuniting with his former player.

Chelsea have told Willian that it is ‘impossible’ to offer him a three-year contract. The player has admitted that a renewal of his contract looks extremely difficult at the moment.

“Really a very beautiful story that I built at this club, I have a very special affection for the fans, for the people who work there and I identified myself a lot here,” he told Expediente Futebol.

“Everyone knows that my contract ends now in a few months, so the renewal is really a difficult thing to happen.

“I think it will be very difficult for me to renew because Chelsea offered me two years, I asked for three and it ended there, we didn’t talk anymore, we didn’t negotiate anymore.

“Three years – Chelsea said it would be impossible, so for now theres this difficulty, but nothing is impossible.”

According to reports from the Evening Standard, Spurs have been linked with a move for Willian should his contract expire. Although Chelsea would loathe to sell him to a direct rival, it seems they would be powerless to hold on to him.

Willian has previously stated that he hopes to remain in England, and his latest comments will come as a major transfer boost for Spurs. He is versatile, a vastly experienced player, and will be a superb addition for the north London club on a free transfer.