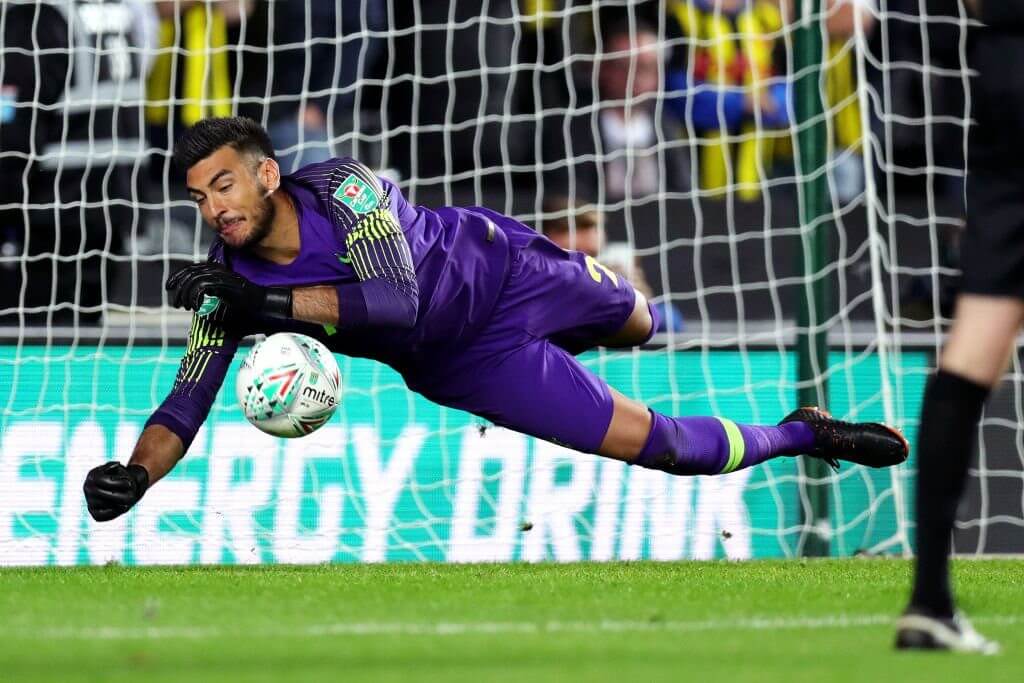 Tottenham’s Paulo Gazzaniga had an inspiring outing against Liverpool at the weekend.

The 27 year old shot stopper produced countless saves to deny the home side throughout the game.

Despite Spurs’ defeat, Gazzaniga managed to come away with his head held high. He has proven himself in the cup games as well when given the chance.

He managed to make 12 saves against the Reds. It was the most number of saves any keeper had made in the league since 2014.

It will be interesting to see whether he manages to cement his place as the club’s first choice keeper for the rest of the season.

There is no doubt that Gazzaniga deserves a chance to start ahead of Lloris even though the Frenchman is a key player for Spurs.

Lloris has regressed over the past year and Pochettino should look to build for the future now.

Gazzaniga could be a star for Spurs if he develops with regular game time.

Spurs should allow him to prove his worth with a run of games in all competitions now.

It could only benefit the Londoners in the long run.

There is no denying that Lloris is a world class player on form but Spurs will need a replacement soon and they should put their faith in Gazzaniga now.