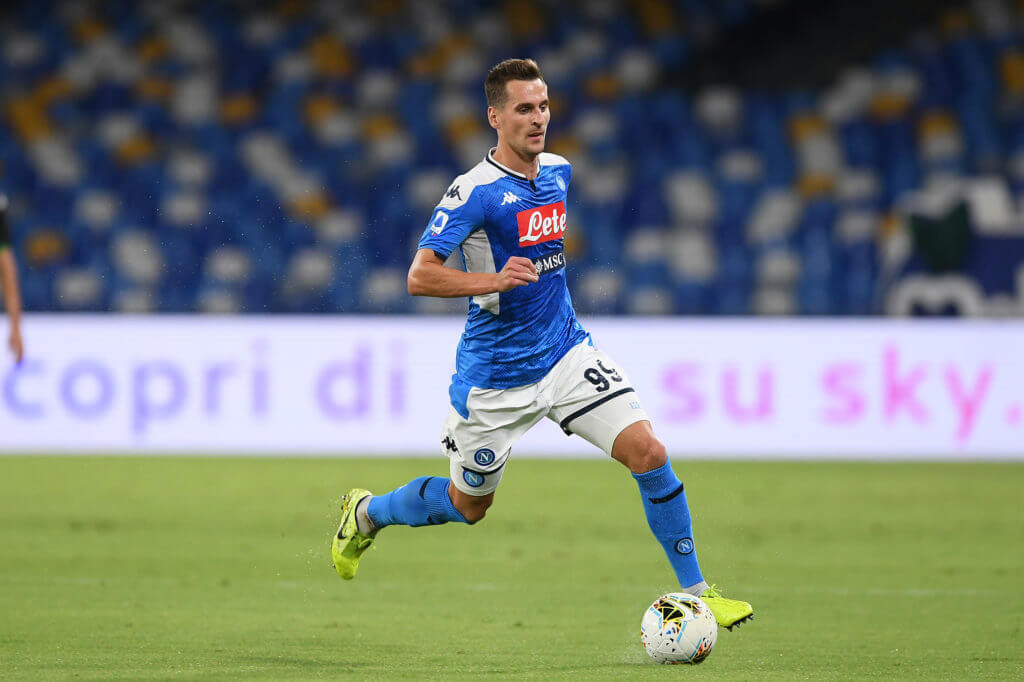 Arkadiusz Milik has travelled to France to complete a loan move to Marseille, reports Sky Sports in Italy.

The Poland international has fallen out of favour at Napoli. He is yet to make an appearance under manager Gennaro Gattuso this season, having been left out of their Serie A and Europa League squads.

Prior to this season, Milik had enjoyed a strong spell at Gli Azzurri. He has scored 48 goals in all competitions for Napoli since signing from Ajax in the summer transfer window of 2016, despite injuries hampering him for the first two years.

It appears as if his time in Serie A is set to come to an end soon, with Sky Sports in Italy reporting that the Polish forward has travelled to France to finalise his proposed loan move to Marseille.

Marseille, managed by former Chelsea and Tottenham Hotspur boss Andre Villas-Boas, currently sit in sixth place in Ligue 1, eight points off a Champions League spot – despite boasting one of the division’s strongest defensive records. A new striker will be necessary to push for European places.

Milik’s contract is due to expire in the summer, meaning that he will almost certainly not be returning to Napoli upon the end of his loan deal.

The 26-year-old had previously been quite heavily linked with a move to the Premier League, most notably Tottenham.

Jose Mourinho is looking for someone to provide back up for star man Harry Kane. West Ham United and Everton were also rumoured to be in for the striker.