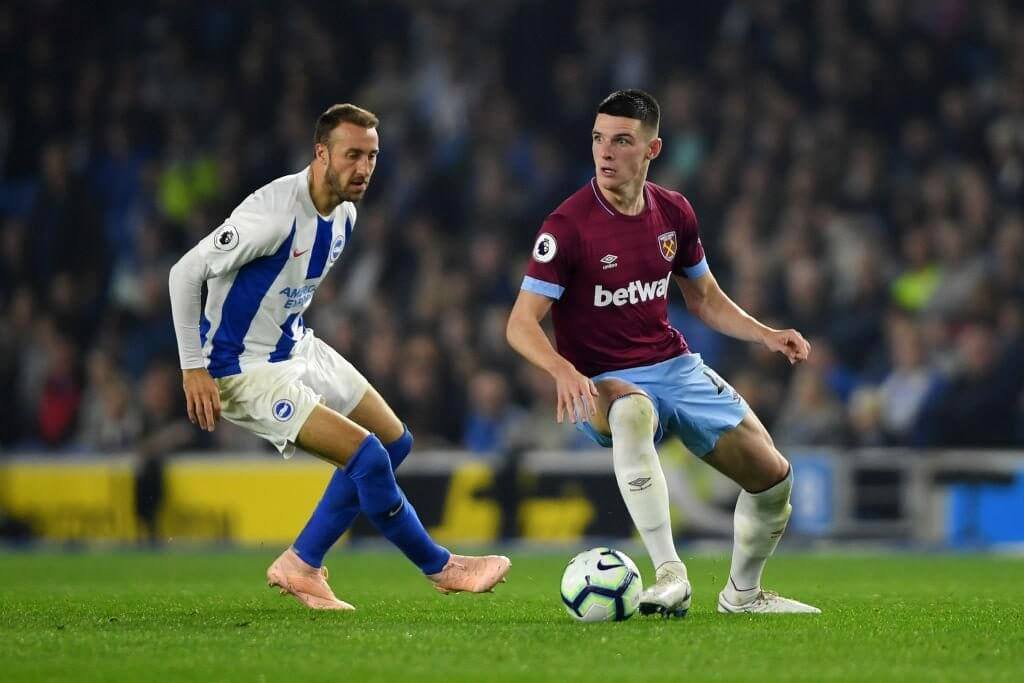 According to reports from the Daily Mail, Tottenham Hotspur and Chelsea are keeping a close eye on the contract situation of West Ham midfielder Declan Rice.

The 19-year-old has been one of the consistent performers for the Hammers this season, and has produced some stellar performances under Manuel Pellegrini.

Good in positioning, tackling, reading the game, and passing, Rice has the potential to become a world class player in the future. He is versatile enough to play as a centre-back as well.

He has eight Premier League starts in the season, and is growing in confidence with every single game.

According to reports from talksport, the Hammers have offered him two separate deals to extend his contract, but he is yet to put pen to paper.

The latest improved offer  will see Rice earning £21,000-a-week as his basic salary, with various bonuses on top including £20,000 for every Premier League start and a £5,000 wage increase after every 15 league appearances.

Tottenham fans have taken to social networking site Twitter to express their reaction, and many of them feel that he would be a good signing for the club.

Very good player. Versatile and comfortable in CM. But would WH sell to us ? Highly unlikely.

His contract is running out

Would be a great signing. Lad will excel with some real players

Pretty versatile kid but I’d guess playing 6 would be best position. Possesses a good first touch, seems pretty calm in possession and has a bit of size to him as well. Decent distribution as well.

Kid looks very good whenever I’ve seen him. Would be surprised if we’d be able to pull it off