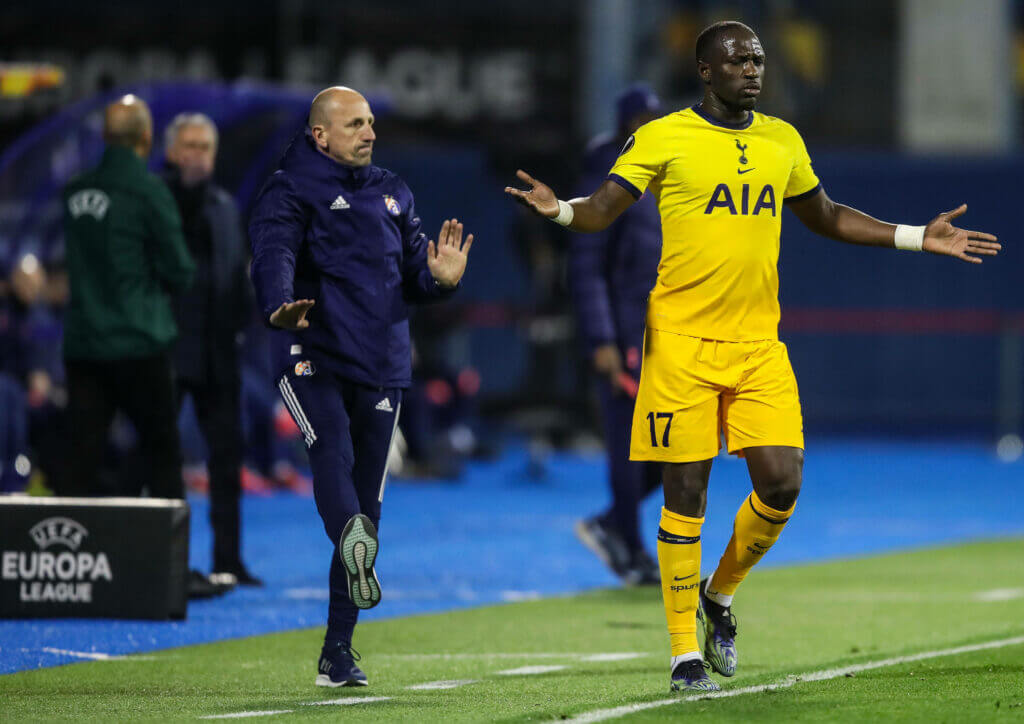 Spurs, who were leading 2-0 after a one-sided first encounter in London seven days earlier, were knocked out of the competition after losing 3-0 away from home in the second leg.

A sublime hat-trick from Mislav Orsic completed a sensational turnaround for the Croatian champions.

He scored twice in the second half and added a superb third at the start of the second period of extra-time to send them through to the next round.

Spurs twice came close to scoring on the night, but Harry Kane was denied by superb saves from Dinamo keeper Dominik Livakovic.

Once again, it’s the defence and the midfield that have let the team down.

Against Arsenal in the north London derby, Jose Mourinho claimed that he brought Sissoko in to bring more energy and spark in the midfield.

Against Zagreb, Sissoko and Harry Winks not only looked toothless, but they failed to provide any energy. Sissoko was particularly poor, and many Spurs fans feel that the Frenchman should be sold in the summer.

The 31-year-old contributed absolutely nothing going forward. He made decent contributions in defence, making four tackles and two interceptions.

Sissoko was absolutely disgraceful tonight. So little effort. And even less ability. Passing like a league one goalkeeper. Pathetic. Should never put on the shirt again.

Honestly so pathetic from all of them, how's Sissoko just letting him run through bruv

I think we underrate how much Lo Celso brings to our team, watching Winks and Sissoko is actual labour.

Regardless of who manages us, that proved winks, Davies, dier, dele, Sanchez aren’t good enough. Special mention goes to Sissoko who just completed quite simply the worst performance I’ve ever seen.

Football is entertainment. If he’s in the starting 11 I’ll never watch again

How is sissoko still at THFC

@SpursOfficial I don’t want to see winks, dier or sissoko put on a spurs shirt again

If he is not sacked tonight levy needs a long hard look at himself! That was not good enough players not good enough management not Good enough! Sissoko, Sanchez and Vinicius should never put the shirt on ever again!

Davies and dier are league 1 standard at best, Sissoko…. Don't get me started