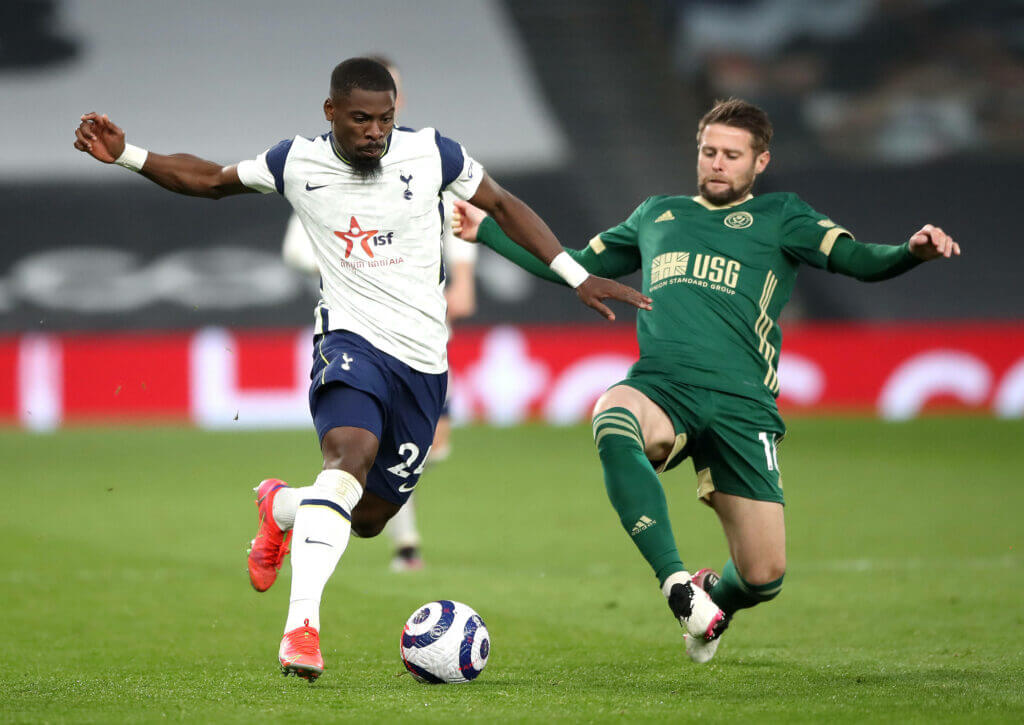 Tottenham Hotspur maintained their pursuit of European football after beating Sheffield United 4-0 at home on Sunday.

Gareth Bale scored a hat-trick for the north London club while Heung-min Son added another to earn all three points for Ryan Mason’s side.

Serge Aurier was brilliant during the match, and many Spurs fans praised him heavily on social media after the game.

The 28-year-old provided the assist for Bale’s opening goal before the right-back teed him up to thump in the third in the second half.

Kudos to Serge Aurier for tonight’s performance. He gets a lot of stick from #thfc fans but I thought he was outstanding tonight and all done whilst he was fasting 👏 #coys

Aurier had possibly his best ever game for Spurs, while fasting. That's pretty incredible.#COYS #THFC #TOTSHU

I’m not his biggest fan, but it has to be said that Aurier was absolutely superb tonight. Outstanding performance, regardless of the opponent. #COYS #THFC #TOTSHU

Serge Aurier has been an absolute BEAST all game! #THFC #TOTSHU #TottenhamHotspur

It was arguably Aurier’s best performance for Spurs this season.

The Ivory Coast international has managed only 18 appearances this season in the Premier League, scoring twice and providing three assists.

The major issue Spurs face with Aurier is that he is rarely consistent. On his day, he can come up with superb performances like this, but he frustrates most of the time.

Aurier has a contract at Spurs until 2022, and doubts remain about whether he will extend his stay beyond that period.

Tottenham have now jumped to fifth in the table, five points behind fourth-placed Chelsea.

In other news, Tottenham are keen on signing Ivan Toney this summer.