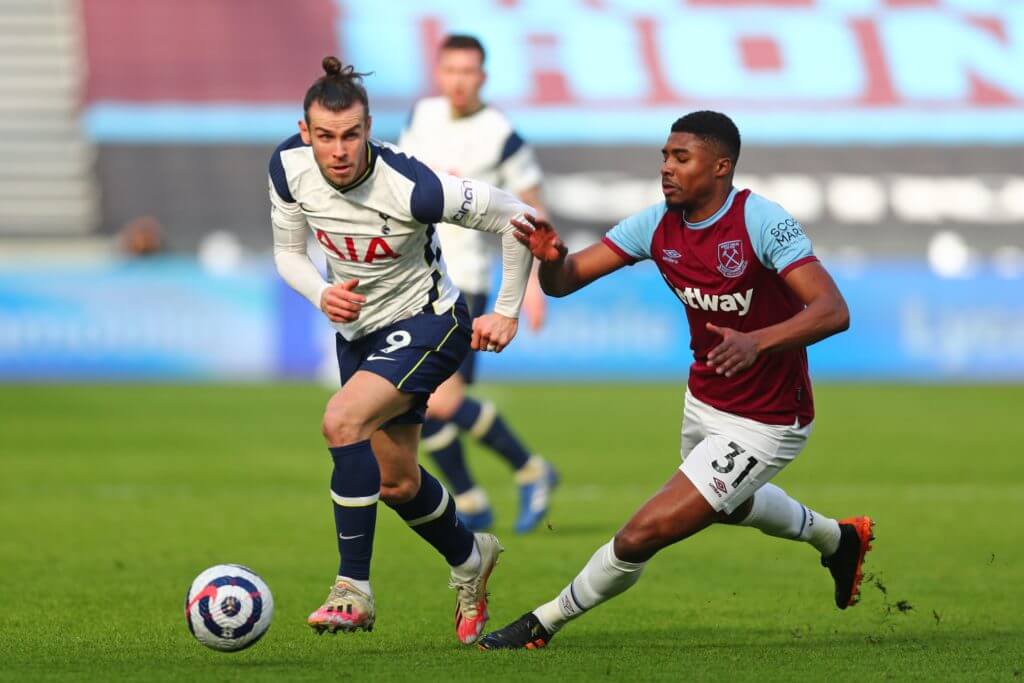 If there is one positive from Tottenham Hotspur’s 2-1 defeat against West Ham United, it has to be the second-half performance of Gareth Bale.

Bale dazzled once again after coming on in the second half for Erik Lamela as Spurs succumbed to their sixth defeat in their last eight games in all competitions.

The defeat leaves them toiling in ninth place, and their top-four chances are slipping away gradually. A bemused and exasperated Jose Mourinho said after the match that the problems run deeper than he can solve by himself.

Bale was simply outstanding for Spurs and many fans feel that the Welshman should be starting from the next game.

However, Mourinho has suggested that both Bale and Dele Alli are not in proper physical condition to start two games in a row.

Here are some of the selected tweets from the fans:

Only positive today was this man. Bale really ran it back.

Hope he can stay fit, start as many games as possible, and play a big part in our remaining fixtures this season.

Insane how much better we looked as soon as he came on. pic.twitter.com/w6hZ4bpEpB

No idea what's going to happen from here but this has got to be Gareth Bale's best Premier League appearance since coming back to Spurs. He's actually starting to look a bit Baley again.

In the mist of yet another Spurs defeat, it looks like Gareth Bale is getting up to full speed.

This is the Bale we know and love. 🏴󠁧󠁢󠁷󠁬󠁳󠁿🔥 #THFC #COYS
pic.twitter.com/msYO3EplSZ

He should have started every game to play himself back into full sharpness but too bloody late now to save our CL hopes! #COYS @GarethBale11 #JoseOut

His every recent game is being rated best ! If that doesn’t tell you something idk what is 🤷🏻‍♂️

Mans back to Gareth Bale 😭🙌🏼

Even this version of bale was better than our front 3 combined yesterday but no one is ready for that debate yet pic.twitter.com/IrgwGj7hBy

I thought Gareth Bale made a big difference in the second half for Spurs when he came on. Not sure why Jose Mourinho does not give him more playing time. pic.twitter.com/EFGUkYczCl

Bale impressed in the 18-minute cameo against Manchester City and followed it up with an impressive performance in the Europa League.

He looked sharp against the Hammers and made a big difference in the second half. He provided an assist for Lucas Moura, while saw his effort from distance hit the woodwork.

It was arguably his best performance since joining Spurs. He should now look to stay fit and start as many games as possible.

In this topsy-turvy season, Spurs can climb up the ladder very quickly if they can win matches at a stretch, and Bale can still play a big role.