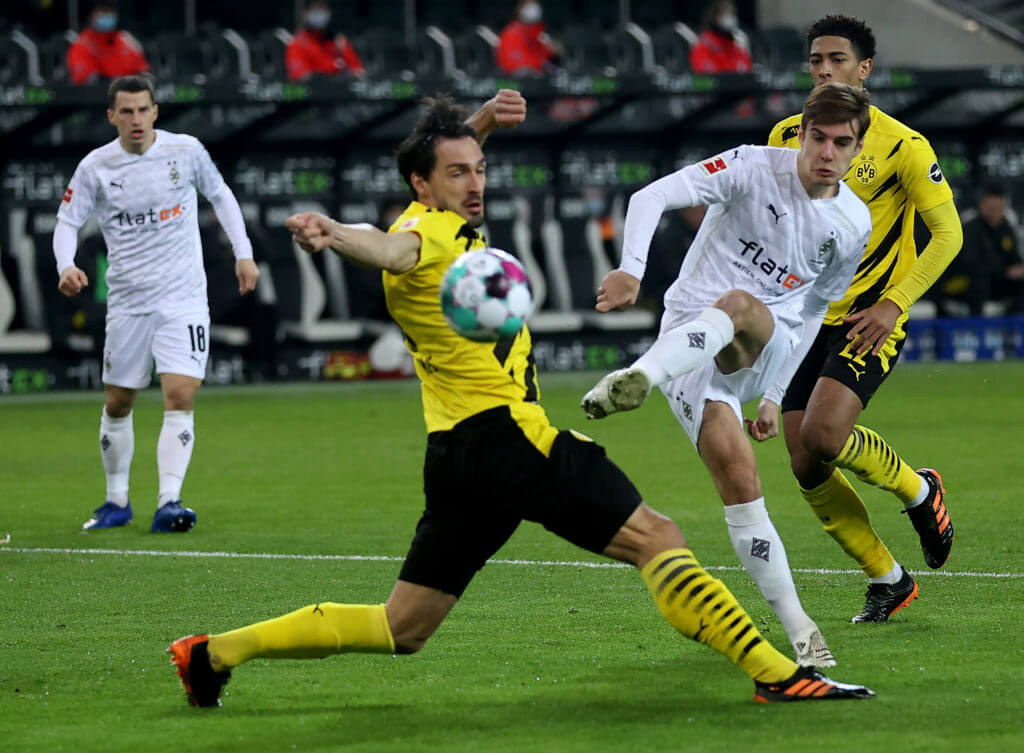 A number of Tottenham Hotspur fans have taken to Twitter to express their reaction after reports emerged that Spurs are one of the clubs showing keen interest in signing Borussia Monchengladbach midfielder Florian Neuhaus.

European giants Bayern Munich, Real Madrid and Borussia Dortmund are also vying for his signature but they may have to wait until the summer to prise the midfielder away from Borussia Park.

The 23-year-old has recently made his way into the Germany national team and has been enjoying the form of life this season. He has scored five goals and provided six assists in 25 games so far, and has impressed heavily in the Champions League.

German outlet Sport1 claim that his impressive form has caught the attention of several heavyweight clubs, including Spurs.

Many Tottenham fans feel that he would be a superb signing for the club. Here are some of the selected tweets:

Him and PEH would be the perfect fit

@SpursOfficial get it done

He scores screamers every 2/3 games, he’d be a great signing

Finally!
That's something different than Jesse entirely 🙌
Dude been outstanding, seen last three BMG matches and he probably been peaking in formy, cause if he always played like that he been in one of the two biggest Spanish cities some time ago.
Don't sleep spurs… Operate!🤩 pic.twitter.com/hks3l2aqbX

The report claims that a £35.5million release clause for him becomes active in the summer, and the interested clubs will probably wait till then to nab the midfielder.

Spurs are lacking a creative central midfielder and Neuhaus would be an ideal partner alongside Pierre-Emile Hojbjerg.

The future of Harry Winks has been speculated in the media, and he could be allowed to leave this summer if Spurs sign the German international.

Neuhaus models his game around Germany superstar Thomas Muller, and he would be an exciting signing for Spurs if they can pull off a deal for him.