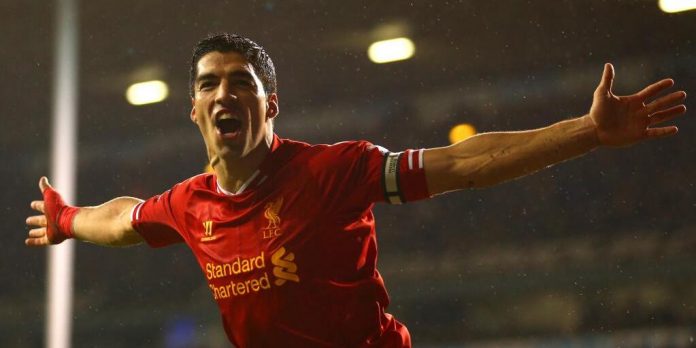 The controversial striker grabbed two and set up the other three, as Liverpool remain on course for a top-four finish, and are still in with a shout for the title.

Spurs meanwhile will have to decide where to go from this appalling defeat, with even more pressure heaped on manager Andre Villas-Boas, as the North London side slip even further away from top-four relevance.

Despite almost gifting Suarez with a second goal in the first half, the Frenchman pulled off a string of excellent saves throughout the game.

Even though Spurs shipped five, you feel that were it not for him, the damage could have been even greater.

The England full-back has been in good form in recent weeks, but was comprehensively stuffed however in the buildup for the third Liverpool goal.

Booked in the first half after a cynical foul, and should have reacted quicker in the buildup to the first Liverpool goal.

Really struggled with the pace at which Brendan Rodgers’ side flew at the Spurs backline, with Suarez the chief tormenter. Chiriches and Jan Vertonghen must return soon.

Was given a torrid time by Sterling in the first half, and came off for Ezekiel Fryers as Spurs pushed in vain for a way back into the game.

Lost the midfield battle in the first half, and failed to really get into the game. A late, lazy tackle on Suarez just after the hour earned him a straight red card; effectively ending any chance of a Spurs revival.

Sandro: N/A Didn’t last long, as the Brazilian came off with an injury after half an hour.

His replacement, Holtby, lacked penetration and became increasingly more frustrated as the game wore on.

Played some unusually sloppy balls in the first half, and was part of a limp Spurs midfield that was overrun by the inventive Liverpool attackers.

Came off for Andros Townsend in the hour.

One of the only attacking outlets for a limited Spurs; Lennon bombarded down the right flank when picked out, which unfortunately for them, was not very often.

A good attacking source from the left in the first half, but faded badly in the second.

Charged with leading the line after his hat-trick in the Europa league win midweek; Soldado was isolated and ineffective as Liverpool took the game away from Spurs early on. 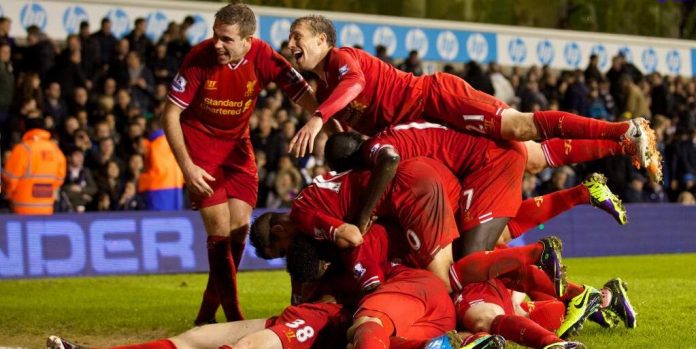 Very unconvincing from the Belgian keeper. Mignolet flapped at crosses, and almost allowed Soldado to net in the first half after some poor control.

The England man was pretty solid, and almost hit the target with an arrow-like effort in the first half.

A superb performance from the Frenchman. Handled the limited Spurs attack consummately, hit the post with a towering header, and always seemed in control.

Comfortable and dominant, the Slovakian rarely put a foot wrong at the back. Took no risks, and was an effective distributor from the back.

Scored his first goal for the club with an excellent half volley, provided width, and put in a tireless overall performance.

Solid and strong, Lucas bossed the engine room, and provided the foundations for Liverpool’s attackers to decimate their opponents.

Came off for Luis Alberto late on.

An impressive display behind the scenes from the Welshman. With a 90% pass success ratio and 8 successful tackles, the 23-year-old can be very pleased with his performance, as i’m sure his manager will be.

Dulled the pain of losing Steven Gerrard to injury with a dominant display from the middle of the park. Smacked in the second goal and was key in Liverpool winning the midfield battle early on.

Possibly the best he has played for Liverpool…but can he keep it up?

Part of the hugely effective Liverpool frontline that ripped the Spurs defence to shreds throughout. Could and probably should have scored himself, he is always a joy to watch.

Came off for Victor Moses in the dying moments.

Played the full 90, ran the Spurs defence ragged, and slid in the fifth and final goal to rub salt in the red raw wounds of the North London side.

With two goals and three assists, Liverpool’s stand-in captain was at the centre of pretty much everything Liverpool conjured up. Could easily have bagged yet another hat-trick; he simply is the best player in England at the moment.