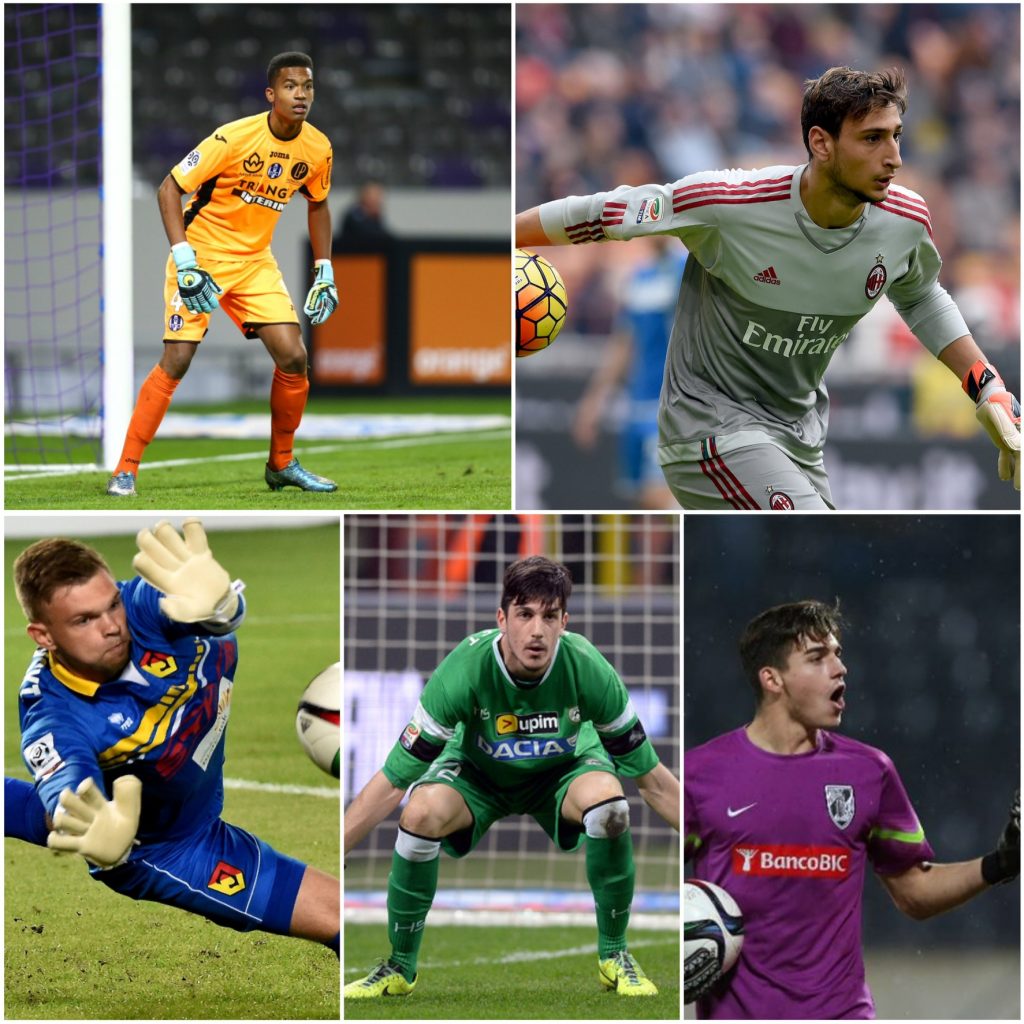 Historically, goalkeepers come to prominence and reach their peak in their late 20’s. In recent times, there has been a surge in the number of quality young goalkeepers becoming first team regulars for their clubs.

Below is a list of the top 5 young goalkeepers in Europe under the age of 22 (born on or after 1st January 1995) who have impressed for their clubs, despite their inexperience.

Lafont made his debut as a 16 year old for Toulouse against Nice in November 2015. He kept a clean sheet (which was also Toulouse’s first clean sheet of the season) and was hugely impressive. Lafont has since cemented his position as Toulouse’s first choice goalkeeper. He has already made 32 Ligue 1 appearances, while being just 17 years old.

Lafont is a truly modern goalkeeper and is reminiscent of a young Dida. He is excellent with the ball at his feet, uses his 193cm frame to deal with crosses when called upon, and can make spectacular saves when needed. His performance against PSG just a few weeks ago highlighted his shot-stopping ability. He saved numerous great chances from prolific PSG striker Edinson Cavani.

What is really surprising about Lafont is his calm assuredness, which has given more confidence to Toulouse’s defenders. This has resulted in a significant improvement in Toulouse’s defensive performances.

If he continues to improve as expected, he will eclipse Toulouse legend Fabien Barthez. Barthez played for Man Utd, became France’s number 1, and won both the World Cup and European Championships.

Just a few months into last season’s campaign, AC Milan’s manager at the time, Siniša Mihajlović, decided to make a very bold decision. He put Donnarumma – just 16 at the time – in goal ahead of Diego López (who had much more experience). As they say…the rest is history.

In September 2016, his meteoric rise to the top of the game continued. He became the youngest debutant goalkeeper for Italy ever at just 17 years old against France.

This has led to comparisons between Donnarumma and legendary Italian goalkeeper Gianluigi Buffon, but their goalkeeping styles are slightly different.

At 195cm, he is a real presence in the goal — like Buffon — which seems to unsettle opposition attackers and makes him particularly effective in one-on-one situations.

Unlike Buffon, he likes to rush from his line in a similar manner to Manuel Neuer and Hugo Lloris to clear any danger. So far his good anticipation, judgment, and bravery has prevented any embarrassing moments. Let’s hope it stays that way.

Donnarumma has been hailed as the future of Italian football for a reason. Expect to here a lot about him over the next 2 decades.

Drągowski is another who made his debut as a 16 year old, but not in a high-profile league like Donnarumma or Lafont. He made his debut for little known Polish outfit Jagiellonia Białystok. However, any player making his first team debut at 16 is impressive no matter the club.

Drągowski remained number 1 for Jagiellonia up until this summer when he transferred to Fiorentina. The consistently impressive performances he gave for the Polish side caught the attention of all of Europe’s top sides.

Drągowski’s best attributes are his reflexes and agility. This makes him great at saving shots at both long and close range, which is crucial for a goalkeeper.

Many expected him to quickly establish himself as the new number 1 for Fiorentina this season. However, he has not been able to do so thus far, and will just have to wait patiently for his chance. Once he gets his opportunity and impresses, he will be Fiorentina’s first choice goalkeeper.

There is no doubt about it: Drągowski is destined for the top.

Italy has a rich tradition of producing world-class goalkeepers and this trend shows no sign of halting anytime soon. Scuffet is one of a few talented young Italian goalkeepers who have impressed over the last couple of years.

Scuffet made his debut as a 17 year old for Udinese in 2014 and went on to make 14 appearances in the first half of that year. This included 8 clean sheets. Due to these impressive performances, he was labelled the next Gianluigi Buffon and praised for playing like a seasoned professional.

Unfortunately, Scuffet’s career has not hit the heights expected of him two and a half years ago. He barely featured in 2014–2015 and spent last season out on loan at Como.

This loan was just what he needed. He demonstrated all the attributes which make him a potential world-class keeper, including his excellent shot-stopping and his great handling, which has improved markedly in the past 2 years.

Scuffet has had some up’s and down’s in his career but he is still only 20 years old. He has plenty of time to become Udinese’s number 1. From there? The possibilities are endless for Scuffet.

Silva has gone under the radar with other young goalkeepers taking the spotlight. The 21 year old has quietly gone about impressing for unfancied Portuguese club Vitória de Guimarães.

Silva burst onto the scene late last year and has been outstanding ever since. He made 24 league appearances last season. The highlight was his man-of-the-match display in February 2016 against Sporting Lisbon in a goalless draw. This brought him to the attention of fans up and down Portugal.

Silva’s performances also attracted scouts from top clubs including Leicester City. Their scouts gathered top talents like N’Golo Kanté, Jamie Vardy, and Riyad Mahrez. So the fact Leicester wanted to sign him this summer shows how good he is.

Silva’s most impressive attribute is not his brilliant shot-stopping, — that’s a given for any top-class goalkeeper — but his mentality. He is a real leader, despite his youth.

How often do you see a young goalkeeper leading a team chant?

Silva has featured less this season, but with his mentality and ability, it is unlikely that will last for long. Soon, he’ll move to one of Portugal’s Big Three (Sporting Lisbon, Porto, or Benfica) then onto one of Europe’s elite clubs.