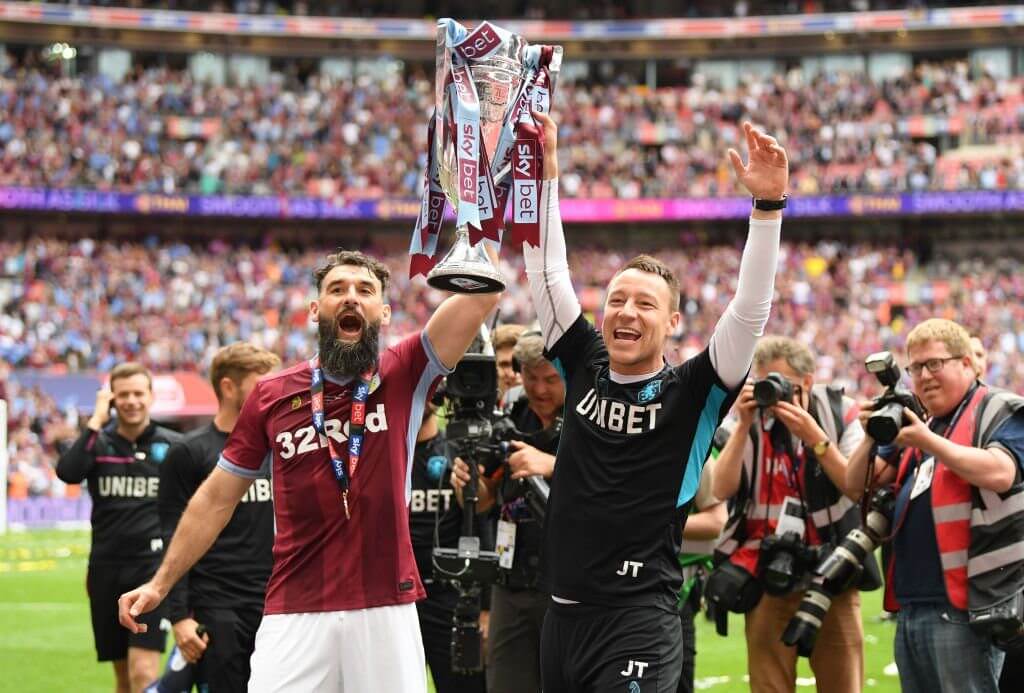 Aston Villa have made it to the Premier League after a 2-1 win over Derby County in the playoff final earlier today.

Goals from Anwar El Ghazi and John McGinn sealed a memorable win for the Championship outfit at Wembley.

The club’s owner Tony Xia has now sent out a message to the fans on social media.

The Aston Villa owner tweeted that he has kept his promise by bringing them back to the top division of English football.

3years ago. That game. This picture. I made the decision to scarify for this beloved club. Maybe it’s delayed. I kept my promise! UTV! VTWD! pic.twitter.com/WmyGsVReI8

The fans will be delighted with the result today and they will be excited about Premier League football next season.

It has been quite the turnaround for Aston Villa this year.

At one stage, they were 13th in the table and now they are in the Premier League.

Dean Smith’s appointment has proven to be a masterstroke and it will be interesting to see how he does in the Premier League.

The main objective for Aston Villa is to hold on to their key players like Grealish and McGinn and make additions to the squad.

They should look to sign the players like Tammy Abraham and Tyrone Mings on permanent deals. The on-loan Cherries defender has been a rock at the back for Dean Smith’s side. Similarly, Abraham was a goal-machine for Villa.