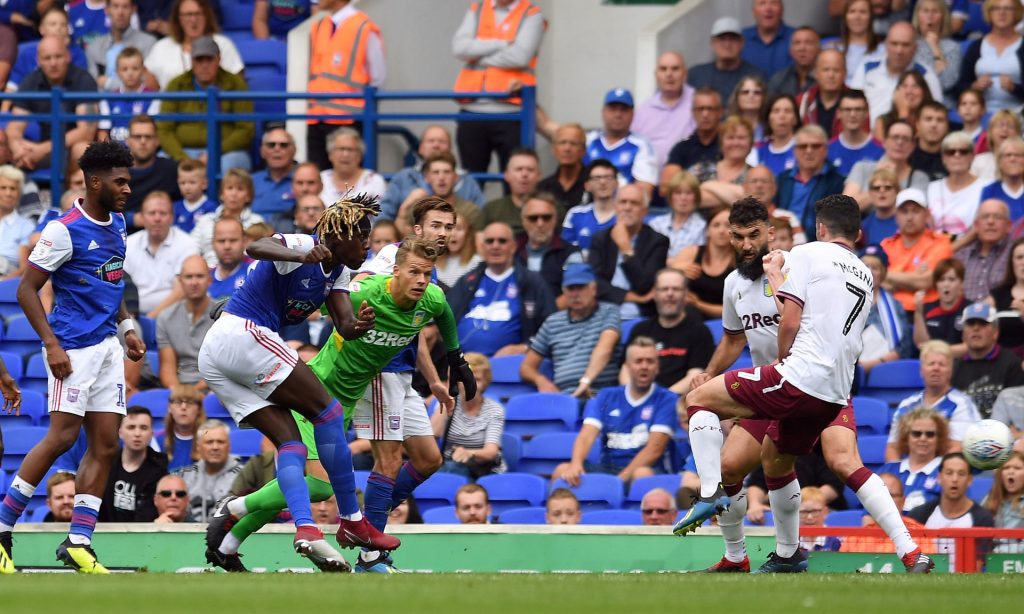 Aston Villa were held to a 1-1 draw against Ipswich Town earlier today.

A goalkeeping error from their new signing Orjan Nyland allowed Ipswich to get back into the game.

The Aston Villa keeper failed to deal with a long throw and he dropped the ball at the feet of Ipswich midfielder Chalobah, who rolled a shot into the empty net.

Jonathan Kodjia had put Aston Villa in the lead earlier in on the game.

The away side were the dominant team and they will be disappointed with the draw here. The home side managed to hold on despite playing more than 45 minutes with just ten men.

Ipswich had Tayo Edun sent off five minutes before the interval for a second bookable offence.

Aston Villa’s attack clearly need strengthening and it will be interesting to see if they can sign a few players before the window closes.

The club’s owner shared his feeling on Twitter after the draw. Tony Xia tweeted: “Not a pleasant weekend”.

Not a pleasant weekend.

Most Aston Villa fans will feel the same way after and Steve Bruce’s men will be hoping to bounce back in their next game.