Sportslens.com
Home Teams Aston Villa To Boo Or Not To Boo… are fans too soft on Barry,...

Booing is generally an attitude that isn’t tolerated by football fans, with the true die-hards feeling as though they should give their support to the players in their team, no matter what.

However, it is this attitude which has allowed too many players to get away with too much, and it’s time it changed. 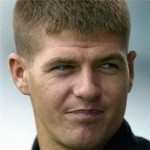 Steven Gerrard handed a transfer request back in 2004, eyeing a move to Chelsea in favour of staying at his boyhood club. At the last minute, he pulled out of the deal, reaffirming his dedication to Liverpool.

The following season, Liverpool won the European Cup with Gerrard, as captain, lifting the trophy. “How can I think of leaving Liverpool after a night like this?” he said in his post match interview. However, just six weeks later, Gerrard was on his way out, again intent on a move to Chelsea, who now were champions.

Gerrard has since reflected on the evening when he made his revelation of his desire to leave. “I was sitting dazed at home, watching the TV, and when I saw fans burning an old No 17 shirt by the Shankly Gates, it did my head in,” he said in his autobiography. “Show some respect. Don’t you know how this is tearing me apart?”

The very next day, Gerrard changed his mind, announcing that he would be staying with the club. The fans who’d shown their displeasure at the lack of loyalty allowed their feelings to melt away. The fact that he’d handed in two transfer requests in the space of a year suddenly didn’t matter. All they cared about was that he was staying and they weren’t bothered that it was death threats that kept him there.

There are some Liverpool fans who have cottoned on to Gerrard’s flaws, but generally, he is regarded as a true hero, Liverpool through and through, living, breathing and dying for the club.

Less than a week after Anfield fans reacted to the revelation that talks aimed at securing the future of the Liverpool skipper had broken down by burning replica Gerrard shirts outside the Shankly Gates, thousands of them turned out to reassure him that he is forgiven.

With a new £100,000-a-week contract now signed, sealed and delivered to keep him at Liverpool for the peak years of his career, Gerrard’s concern was whether he would be made to pay for the 24- hour aberration which saw him turn his back on his home-town club.

He need not have worried. From the moment he walked out on to the Racecourse Ground for a friendly hastily arranged to give the Merseysiders some match practice ahead of the midweek Champions League qualifier against Welsh minnows TNS, he was greeted like the local hero he is.

This was taken from one of the papers following Steven Gerrard’s decision to stay at Liverpool. He had been completely let off the hook and by and large that’s how it remains. Gerrard, the Liverpool hero, 100% committed to the cause. 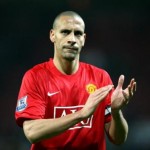 When Ferdinand first joined United, he had no real affiliation to the club. He was a cockney wideboy who loved the fame, money and women that being a young, successful footballer brought him.

He returned to Elland Road, the home of the club who’d sold us their captain, who happen to be one of United’s most hateful rivals, in the first month of the season following his departure. He was booed and jeered every time he got close to the ball.

However, this isn’t the booing incident I want to focus on; instead, let’s discuss the hassle he received from United fans a couple of years later.

After missing 8 months playing time thanks to missing a drugs test, Rio had the nerve to stall on a contract reported to be in the region of £100,000 a week. For 2/3rds of the year he hadn’t played, but was being paid, yet felt as though he was in a position to negotiate on obscene amounts of money with our club.

Throughout the preseason he was booed by our fans, up until the start of the new season when he signed a contract. “Fans I’ve spoken to want Rio out and, if he left, it would be mourned by few and welcomed by many,” said former IMUSA chairman Johnny Flacks. “He is grossly overrated and I totally support the fans who gave him stick at Charlton.”

There are large sections of our fanbase who still have no time for Rio because of this episode, whilst most have forgiven but not forgotten. He certainly has not been let off the hook by the fans for holding the club to ransom. 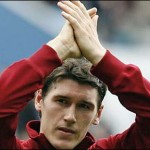 Gareth Barry has been with Villa since he was a teenager, already being offered a testimonial for the years he’s put in at the club, a small chunk of those as captain.

However, his head got turned by Rafael Benitez (like Robbie Keane) and through the press he announced he was on his way out.

“My mind’s made up, I want to join Liverpool,” Barry said. “There’s no going back, it’s time for me to move on. I’m desperate to play Champions League football and that’s why I have to leave Villa. Villa kept saying they wanted me to stay but I have not heard from the manager for weeks. It just made me think that he and the club were just saying one thing in public but were not really bothered at all about me in private.

“It’s seven weeks now since the season finished but while the gaffer’s found time to be a pundit for the BBC at Euro 2008, he hasn’t found the time to speak to me.

“But Liverpool boss Rafa Benitez has shown how much he wants me at Anfield. I am obviously flattered that someone as successful as Rafa Benitez thinks so highly of me. And that he’s not been afraid to put his valuation of me in black and white for Villa and all the world to see.

“But have Villa offered me anything to try to persuade me my future is at Villa Park not Anfield? Not a thing.”

So with a contract that isn’t due to expire until 2010, Barry believes he should be offered something else to persuade him that his future is at Villa Park, the club that gave him his break? Seriously?

Well, the fans reacted in the same way, and in a recent match against Walsall for the Reserves he was booed and called ‘Judas’. If he was going anyway, they might as well let their frustrations with him be known.

However, during Villa’s victory over Odense this week, Barry was met with hordes of supportive fans. Reports on Monday suggested that the fans are more than willing to forgive and forget.

“Gareth Barry will continue to press for a move to Liverpool that will enable him to play Champions League football next season, despite a hero’s welcome when he came on as substitute against Odense in the Intertoto Cup. Barry could have been forgiven for having a moment of doubt about leaving when he was given a standing ovation,” said one report in the press.

It has since been announced that Barry is staying at Villa, following Liverpool’s failure to offer what was required before the deadline Villa imposed.

This has surely left Barry feeling like a plank. After claiming Benitez made him feel wanted, the fact Liverpool can’t raise their bid by £3 million, in a week they can fork over £20 million for Robbie Keane (as well as donating an undisclosed sum to the Tottenham Hotspur Foundation to see their charges of tapping up dropped), has got to make Barry realise Liverpool were never as interested in him as he was in them.

It’s all OK for Barry though, with reports suggesting that he’ll be offered a contract with a 50% pay rise, as well as the fans being onside before the Liverpool deal was even confirmed to be off.

Whatever your feelings towards a particular player, if they’re representing your club, you should give them your support. Whatever has gone on in the past and whatever you might anticipate happening in the future, it does not give you the right to boo someone wearing your shirt. 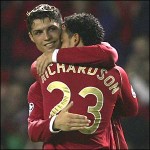 Whilst never a fan of Kieran Richardson, it didn’t sit well with me when sections of ours fans booed him after scoring in our FA Cup semi-final against Watford or when he lifted the Premiership trophy on the final day of the 2007 season. He’d been with us since he was a lad, and whilst exhibiting a poor attitude while with the club, he was still one of ours.

If a player is enduring poor form, then for a lot of players, booing won’t serve as a motivation; rather, it’s simply further reason to play poorly. Whilst Cristiano Ronaldo thrived on the negative attention he received up and down the country from rival fans, it’s hard to imagine many players could respond well if their own fans were giving them a hard time.

As the England team walked off the pitch 2-0 down against Croatia at Wembley, what kind of inspiration were the players supposed to find in the booing they received? When your team or individual players are suffering, they need the crowd cheering and supporting them on, not boos and jeers to depress them.

If you want to support your team properly and are eager to see them win, then you should give 100% to all of your players, no matter what they might have done.

Typically, the clubs offer their full support to players in these situation, so it is the responsibility of the fans to let these players know that what they’re doing is out of order. Sir Alex Ferguson told United fans to stop booing Ferdinand.

Just weeks after Barry slagged off O’Neil in the press, his manager is talking of his delight at keeping him at the club.

Rafael Benitez claimed they’d fight until the bitter end to keep Gerrard at Liverpool. So if not the fans, who is going to make the players aware of their poor behaviour? 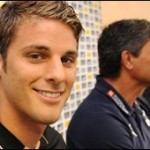 For as long as the fans allow players to get away with mercenary behaviour, holding their club to ransom, then they will continue to do it. The clubs will kiss the arse of whoever they have to in order to make their club successful, so it is the fans’ responsibility to make sure players treat their clubs appropriately.

Steven Gerrard has got away with it in the past and it seems as though Gareth Barry is now being afforded the same luxury. Fans are entitled to expect their homegrown players to treat the club and fans with a certainly amount of respect, and as soon as these expectations aren’t met, they should let the players know about it.

The fans did let these players know exactly what they thought of them, through the burning of shirts and chants of ‘Judas’. However, this didn’t last for long.

Unfortunately, just like those behind the running of the team, the fans are focused on winning, and they will forgive the misdemeanors of their players if it ensures success for their club. That is why the likes of Gerrard and Barry get away with forcing their club into offering higher wages, whilst forgoing any loyalty and passion they proclaim to have, and the fans, forking out their dosh on season tickets and shirts, sit back and take it.

And this is only going to get worse.