I have written on this site before about the rise of Salisbury City football club.

As well as the remarkable achievements of the first team in the Blue Square Premier League, the City reserve team are quietly achieving a season which has the potential to be record breaking. They play in the Suburban League, a league for reserve teams of the Nationwide Football Conference, Ryman (Isthmian) Football League, British Gas Southern Football League, Combined Counties League, Spartan South Midlands, Hellenic Football League and the Wessex League.

Their record in league and cup games this season reads Played 26, Won 26. This may not be big news in the football world but it got me thinking. Has a team ever won every match in a season? What is the longest winning streak in professional or semi-professional football? Do Salisbury City reserves have a chance of getting in the Guinness Book of World Records?

There are some notable winning streaks in the history of other sports, The UCLA Bruins won 88 basketball games in a row back in the 1970s. The Cincinnati Independence High school in North Carolina had a winning American Football streak of 109 games over seven years, only ended last year. In baseball the record is held by the New York Giants with 26 consecutive wins back in 1916.

In football there have been teams who have gone a whole season unbeaten. Amongst the most famous of those was Arsenal in the 2003-04 English Premier League season and AC Milan in Serie A in 1992-93. Inter are getting close to achieving the same feat this season in Serie A. 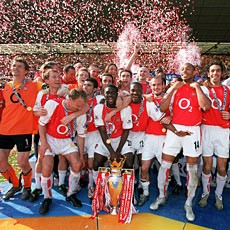 But has a team ever won every game in a season?

The answer to that question is yes. But not many, and not for a long time. In fact you have to go back 65 years to the 1942-43 season in Germany when Dresdner SC won all 23 of their games. The year before that, National in Uruguay won all 20 of their games. The only other perfect seasons on record belong to Hamburg winning all 11 games in 1927-28 and Ferencsvaros in Hungary winning all 22 in 1931-32.

In international football the record for consecutive wins is held by France whose run of 14 wins was ended in April 2004. The only team to ever win all World cup qualifying matches and finals tournament matches is the great Brazil side in 1970 who won all 13 games in the competition. 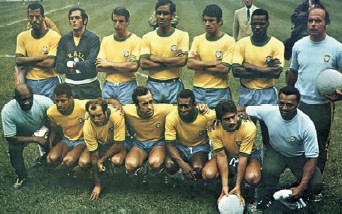 Across the rest of Europe the longest record of consecutive wins on record belongs to Benfica in Portugal, including the legend that is Eusebio, who between 1971-72 and 1972-73 recorded 29 successful results in a row. 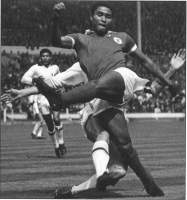 Other notable runs have been achieved by:

The actual world record for winning games in a row would seem to belong to Sparta Prague who reportedly won at least 51 consecutive games between 1920 and 1923. The records for the game in Czechoslovakia at that time are not conclusive however.

In recent times in South America the best winning streak belongs to San Lorenzo in Argentina who won 13 games in 2001. Around the rest of the world statistics are not always reliable. DC United started the North American season with 14 straight wins in 1997. 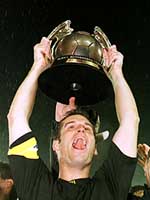 Non-league records are few and far between, but as far as I can see, Salisbury City reserve side could be on the verge of an historic season. As I see the current position, the top ten recorded winning runs in professional or semi-professional football are as follows:

All you ‘anoraks’ out there must know if my research is correct, and must know if your local team has a higher number of consecutive wins. If nobody comes forward then if Salisbury reserves should win another four games, I’ll approach Guinness to see if the run of 30 wins in a row would count as an official world record.

Player manager of Salisbury City reserves Simon Browne told the clubs website, “The league standard is quite varied, there are some not so good sides in it and some that are half decent, although all of them have been full of young exuberant players who will run for 90 minutes. So even if they aren’t the best technically, they are at least giving us a good physical work out each week. There is a lot of potential in the young lads at the club, some of whom have come up through the youth team, and some of them have a chance of making it to the first team if they work hard.” 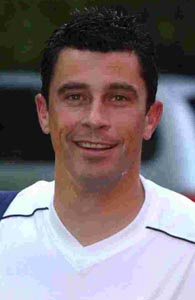 “Myself and John Robson (Joint manager) have told all of the lads, and this includes the new boys who have been released from league clubs – that the club is now at the top tier of non-league football and to break into that standard of football is so much more difficult than it would have been for them say, two years ago. Therefore they will have to work that bit harder if they want to succeed. This is also to help explain the amount of grief we sometimes give them during games!”

Should Salisbury City reserves go through the whole season with a 100% record they would surely have the record for the most number of games played without drawing or losing.