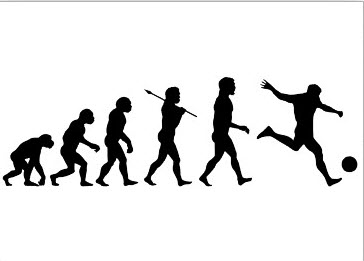 Fantasy football is changing. Let me take you all the way back to the ’90s, and my very first venture into fantasy football. The internet as we know it was yet to be invented, and so selecting my team involved a crumpled copy of a well known tabloid newspaper, entering player codes into a premium rate phoneline, and a cheque sent to said tabloid newspaper’s HQ in an envelope.

Substitutions were a massive hassle, so I was basically stuck with the same eleven from August until May and lost interest around October when it became very very clear my team wasn’t picking up serious points and I wasn’t going to be winning any prize money. Then the internet happened. And if the internet did nothing else, it made fantasy football a lot more interesting. Suddenly you could see how your team was performing and even make changes to your team between matchdays. Not too shabby.

The most recent trend in fantasy sports has been the weekly game, with weekly cash prizes. So rather than enduring a long hard season with a slimmer-than-Peter-Crouch chance of prize money at the end, fantasy football gamers can now play as and when they want, competing for (and sometimes winning) cash prizes on a weekly basis.

The gratification and financial rewards for a successful gameweek are now available so quickly that it’s been likened to sports gambling. This is a boon to UK and other Europe-based fans who want to wager some money on football, but not on the bookies terms where the odds are very literally against you.

The new Player Manager game is based on this weekly competition principle, with up to 15 people in each weekly league. It’s also based on the principal of social gaming, so you win money from other players (including friends) rather than lose it to a bookie. But the most interesting thing about Player Manager is the twist it offers on how your team is selected.

Rather than choosing your eleven based on players assigned values (as most games still do) Player Manager players will choose their team by bidding against each other via an automated auction. Sort of like eBay but with Premier League footballers instead of iPods and X-Boxes. Here’s how it works:

You create a master list of Premier League footballers you want on your team. A little like the wish list a manager might give to his chairman. You place the players in order of preference and then you set the maximum amount of fantasy money you’re willing to pay for each of those players. Maybe £25m for Arsenal’s Andrei Arshavin, £30m for Chelsea’s Didier Drogba and £5m for Manchester United’s John O’Shea (no offence John O’Shea). And, like eBay, the price you pay may be less than your maximum bid – you simply pay £1m more than the next-highest bid.

The Player Manager game then conducts an automated auction amongst the teams in each mini- league, and whoever has bid the most for each player gets them for that week’s competition. You don’t have to be there or interact with the bidding, the game takes care of that for you. The rule to stop things getting crazy is that your eventual team can cost no more than £100m.

There is prize money for the top places (number of paid places depends on the size of the league), so success is based on predicting which players will perform in the Premier League (a la regular fantasy football) but also on predicting how much other Player Manager players are willing to bid for each player. This is key because unlike with earlier fantasy football games, if you successfully bid for a player then he plays for you and you only. If Didier Drogba scores a hat-trick for you, then the other people in your mini-league have to watch and weep. This social gaming aspect is enhanced by real time chat, so you can talk trash with friends/opponents/both.

The extra twist with Player Manager is that you can enter more than one team. Once you’ve set your list of players, you pay £1 for every team you wish to enter that week, and Player Manager will generate that many teams from your master list. So it’s minimal effort for multiple teams, because it takes the same amount of time and effort to generate multiple teams as it does to generate one. Last but not least, for those who crave the big money long term game as well as the weekly short term game, there’s an optional season prize pool of £5,000 – the size of which increases with each entry and is based on your best 20 gameweeks (so no need to worry about a few bad or missed weeks whilst away on your hols.)

So Player Manager is a genuine evolution in fantasy football, taking the game beyond the limits of picking just one XI man team each week, and combining the benefits of long term and short term games. I have no idea what’s next for fantasy football, but I know that the days of calling premium rate phone lines and sending cheques to tabloids newspapers are over.

Check out Player Manager for yourself and let us know what you think in the comments below!