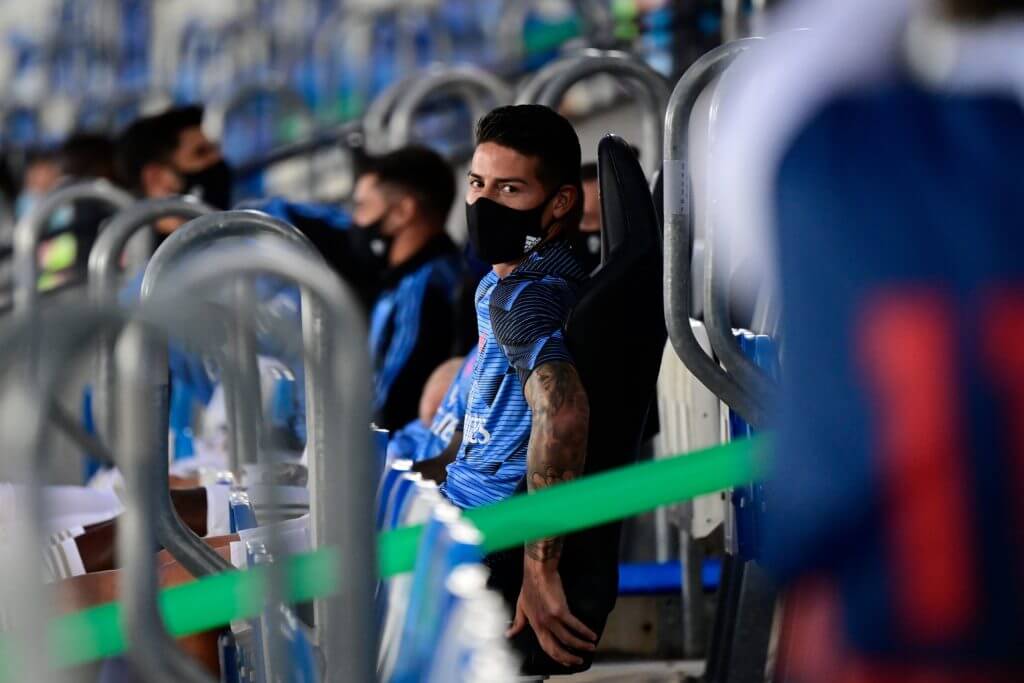 The 29-year-old arrived in England last week, and he is close to joining Carlo Ancelotti’s Everton.

The Toffees have already signed Allan from Napoli, and are reportedly close to signing Rodriguez and Abdoulaye Doucoure.

Collymore said on Twitter that he is not convinced with the former Porto attacking midfielder. He has labelled him as ‘a highlights player’, and says that he reminds him of Barcelona flop Philippe Coutinho.

However, Collymore finds Everton’s transfer strategy very interesting. He feels that the likes of Allan, Rodriguez and Doucoure have ‘something to offer’, even though they’re not young anymore.

Not convinced with James. Reminds me of Coutinho, a highlights player.

I like the general thinking though. 2 29 year olds and a 27 year old, all experienced, all still have something to offer. Always thought Toffees were light in depth so this addresses that. https://t.co/RDOWaHTs2O

The Italian worked with the Colombian international at both Real Madrid and Bayern Munich and will be working with him again at Everton.

According to the Liverpool Echo, an announcement of his move to Everton is expected imminently.

Rodriguez has been pictured leaving a Liverpool hotel today, which means the signing could be confirmed within the next 48 hours.

According to Sky Sports journalist Dharmesh Sheth, Everton are looking to sign a right-back this summer, and have shown an interest in the Atletico Madrid defender Santiago Arias. However, they haven’t made any formal bid for him as of yet.