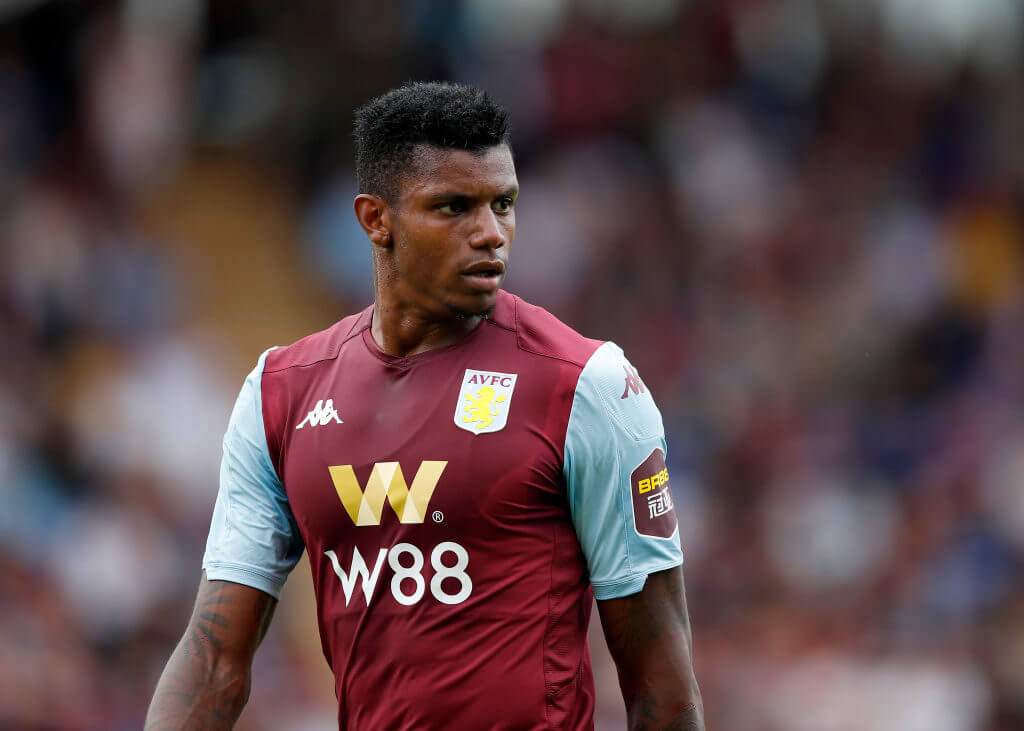 Aston Villa moved out of the relegation zone after managing a 0-0 draw against West Ham in the Premier League clash on Monday night at Villa Park.

The Premier League newcomers have made a stuttering start to their campaign, having won just once in their opening five games.

Villa boss Dean Smith said after the match that it was a missed opportunity from them as he felt Villa were the better team of the two. The Hammers finished with 10 men after Arthur Masuaku’s red card with 23 minutes still left, but Villa could not inflict damage.

In fact, the visitors had more chances during the game. However, the best chance of the match fell to Aston Villa striker Wesley Moraes, who headed wide from about six yards out after a fine cross from Jack Grealish.

Former Villa striker turned popular football pundit Stan Collymore has said on Twitter that he is concerned with Wesley. He said that the 22-year-old, who joined this summer on a big-money move from Club Brugge, badly needs help from a striker coach as he is not getting the basics right.

Concerned about Wesley. Blowing hard, finding holding it up tough & not sure what he’s thinking when he went down at the end.

Genuinely needs a striker coach to help him. If he can get basics right, there’s something there, but he’s not and you can see its getting to him.

Wesley has managed just one goal for Villa so far. It is not always easy to hit the ground running after moving to a new club, and probably Wesley is just facing the initial teething problems.

However, if it is about getting the basics right, then there is a genuine reason to get worried about, as that’s the minimum requirement of a player who has joined a Premier League club on a ‘club record transfer fee‘ during the summer.