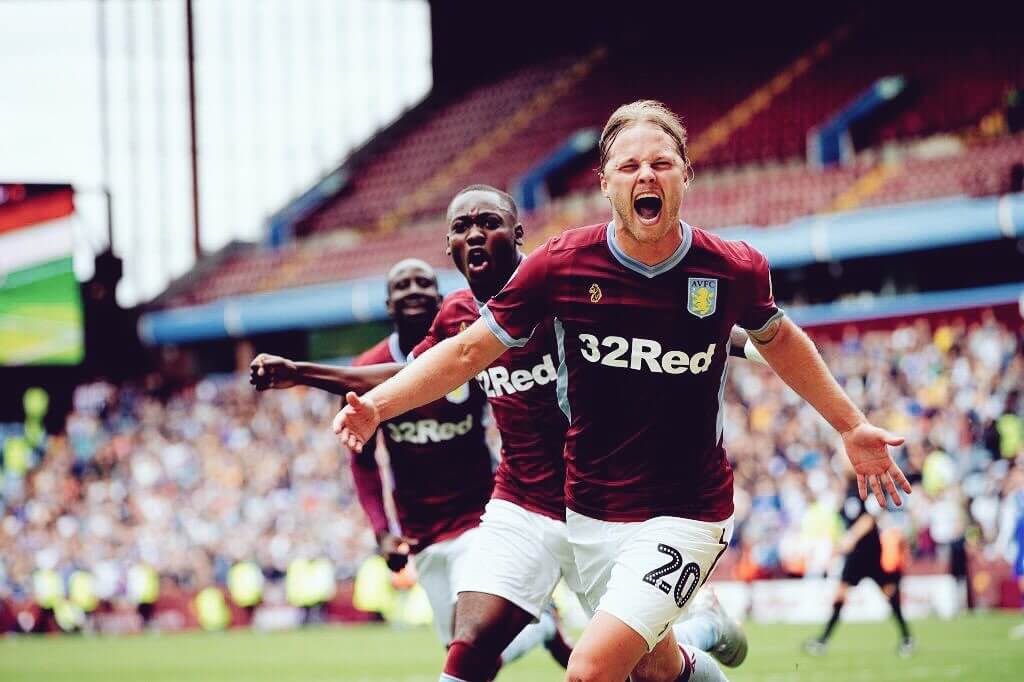 Birkir Bjarnason scored a last-gasp winner as Aston Villa earned a 3-2 victory against Wigan Athletic in a pulsating thriller at Villa Park on Saturday.

It needed an extra time winner as Steve Bruce’s side came from behind to seal all three points against Wigan. With that victory, Villa has won their opening two games in the Championship.

Well done Villa! A few clean sheets of we’re being greedy would be nice please!

Ian Taylor, another former Villa player and now the club ambassador, also took to Twitter to express his happiness after the victory. He is expecting a rollercoaster season for Bruce’s side.

Now THAT’S a result!!!!! Get innnnnn!!!!! Something tells me this season will be a rollercoaster ride…. #VTWD

Aston Villa captain James Chester gave Villa the lead on 13 minutes with a header from a free-kick by new signing John McGinn, who was absolutely superb on his debut.

Norwegian keeper Orjan Nyland made a poor error to allow Nick Powell to score the leveller in the 41st minute. Powell got into the act again after the break as his cross found Callum Connolly who headed the Latics in front on 55 minutes.

Back to the wall, the Villa revival began. Latics defender Chey Dunkley put one through his own net to allow Villa the life-line to come back into the game.

Just when it seemed like Villa would have to be content with a draw, Icelandic international Bjarnason scored the winner to help Bruce’s side maintain a perfect start to the season.

Villa had 50% of possession, and registered 17 shots of which they kept six on target, according to the BBC Sport.