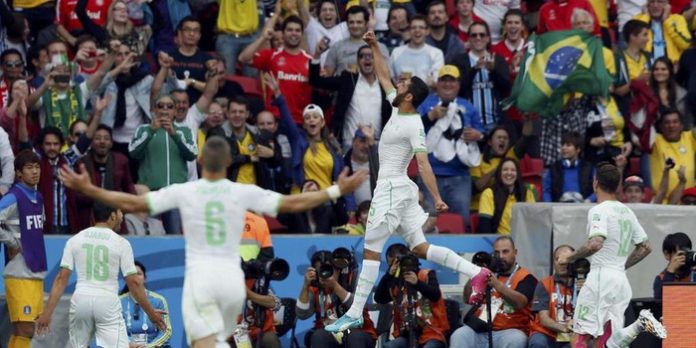 Algeria smashed Group H rivals South Korea on Sunday, becoming the first African side to score four goals in a World Cup match, and also putting themselves in a great position to qualify for the knockout round for the first time in their history. 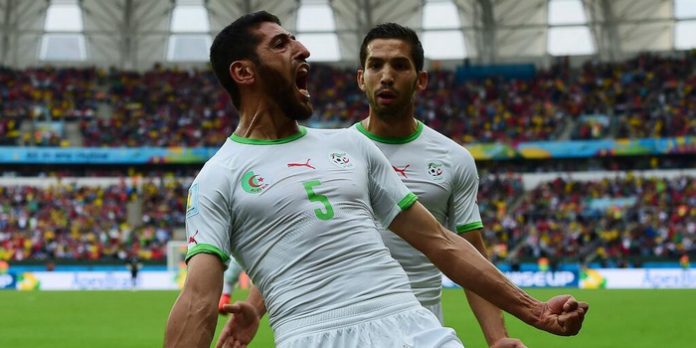 Islam Slimani, Rafik Halliche and Abdelmoumene Djabou put Algeria three goals to the good in an amazing 12 minutes in the first half, with South Korea’s hope of securing their first win in South America all but over by the half time whistle. 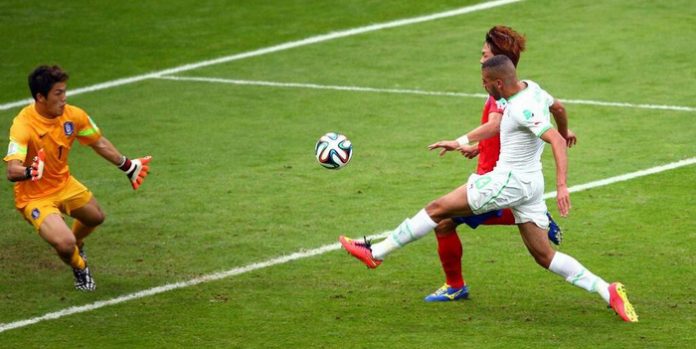 But Hong Myung-bo’s side grabbed a lifeline in the 50th minute when star attacker Son Heung-min turned in to give the Asian side brief hope of a comeback.

This was short lived, however, with the Algerians breaking with intent during a sustained period of South Korean pressure just after the hour, and Yacine Brahimi finishing off a flowing move to restore his side’s three goal cushion, and break the record for goals scored by an African nation at the World Cup.

Despite a late goal from Koo Ja-cheol, South Korea ran out of time and ideas, with Algeria moving to up to second in Group H.

If they avoid defeat to Russia in their last game, or if South Korea fail to beat Belgium, Algeria will advance to the last 16 for the very first time.