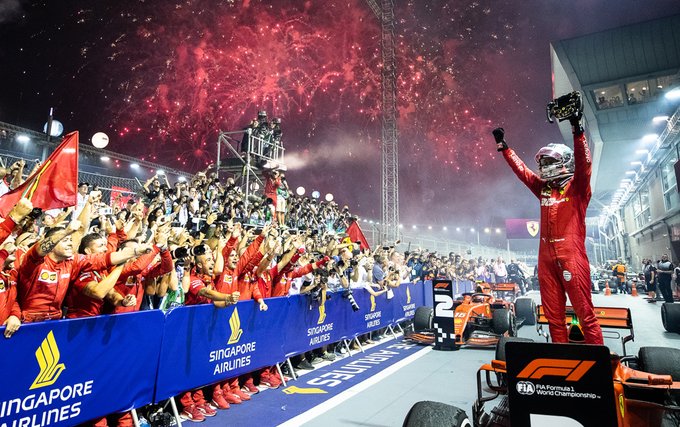 “Yes in a way. Maybe it kicks in a bit later but yeah, maybe just a confirmation that if you keep doing what you do…”, and that’s how we shift our attention to Sebastian Vettel, who felt relieved and got his life back in him again after winning the Singapore Grand Prix on Sunday.

Vettel’s love affair under the lights continues as he picked up his fifth win in Singapore, his first of the season, and 53rd win in his F1 career. His Ferrari teammate, Charles Leclerc, finished second, while Red Bull’s Max Verstappen finished third, ahead of two Mercedes drivers – Lewis Hamilton and Valtteri Bottas.

For the first time this season, Ferrari made it 1-2, but Leclerc couldn’t hide his frustration. After all, it was his race to lose. Starting from the pole position, he looked destined to make it three wins in a row, but a shift in strategy changed everything.

Congratulations to Seb and the whole team. Obviously frustrating from inside the car but very happy for the team and for Seb. We never thought we would leave Singapore with the team’s best result of the season 🇸🇬
📸: @motorsportpics1 pic.twitter.com/3vSX65ymOJ

Throughout the season, Vettel, the four-time world champion, made ghastly and costly errors and his position as the team’s number one was threatened. Many will say it has already been usurped by young Leclerc, who won the heart of the F1 fans with an outstanding race in Monza.

Nobody expected Ferrari to do well in Singapore, given their performances this year on tracks similar to this, but the 21-year-old proved his class by claiming the pole position on Saturday.

Vettel got the chance for redemption but not perhaps in the way he would have imagined. Starting in third, and the way the race unfolded, there was no way he could have defeated Leclerc unless the youngster made a massive blunder.

Eventually, his victory depended on a decision made by Ferrari to stop him early. They ensured he did not pit and come out behind Nico Hulkenberg’s Renault as he stopped for fresh tyres. 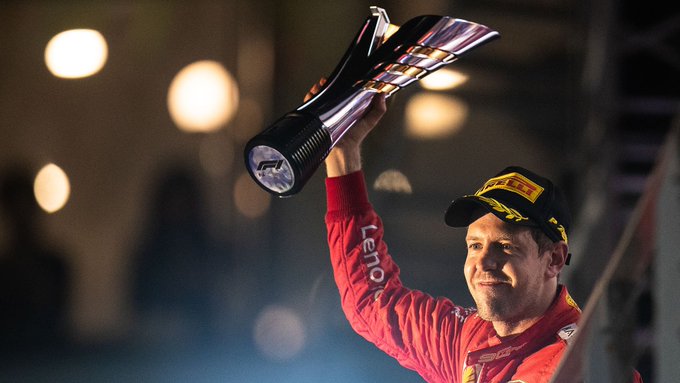 Sensing the danger that other leading drivers would take their pit stop at the optimum time, Ferrari decided to pit Vettel on lap 19 and ensured he rejoined in front of the Renault.

Soon after, Ferrari pitted Leclerc, who was leading the race from the start from pole position, but with fresh tyres on, Vettel set up excellent pace on his first lap and was ahead of his teammate when he came out of the pit.

“What the hell?” an exasperated Leclerc said over the radio, as quoted by BBC Sport.

His engineer told him: “It was the best we could do.”

Leclerc said: “I just wanted to let you know my feelings. To be completely honest, I don’t understand the undercut at all. But we discuss it later.” 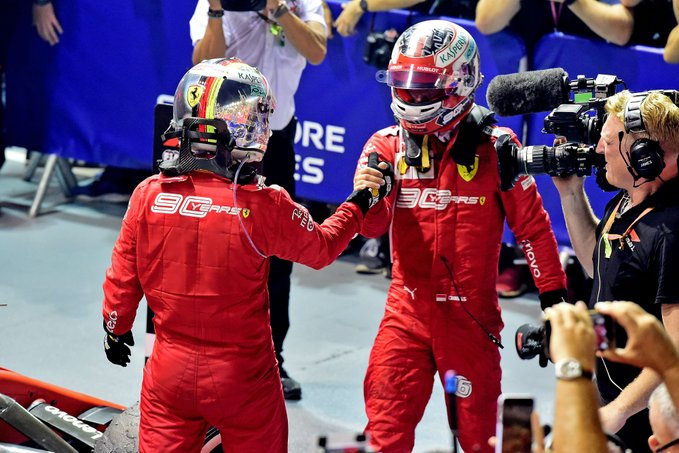 Ferrari’s next challenge was to prevent the threat from Hamilton, who delayed his pit stop by six laps. Mercedes took the gamble of giving him fresh tyres towards the end of the race.

But three safety-car periods for a series of incidents gave Ferrari the slow laps they needed to ensure they keep the distance from the Mercedes. With Verstappen doing extremely well to keep Hamilton at bay, towards the end, Ferrari drivers just focussed on managing their engines.

“The undercut was effectively more powerful than expected,” said team boss Mattia Binotto. “We were not expecting such a big number. We thought Charles stopping the lap after would come out ahead of Sebastian.”

“I understand Charles is disappointed,” he added. “He did his best to win the race and he could have won the race. We did consider to swap. We are still discussing with the drivers whether it was the right choice or not.”

The tension within the Ferrari grows. Leclerc did ask to attack Vettel for one last time, but he was told to bring the car home. No wonder, why the youngster is so frustrated and disappointed.

They started the race from second and fifth and finished in fourth and fifth. In retrospection, chief strategist James Vowles probably had made a mistake of not pitting Hamilton early, or preferably in the same lap with Vettel, when they had the chance.

They were left with no option but to continue with the same tyre hoping that Hamilton will take it to the wire, and have a tyre advantage at the end of the race. 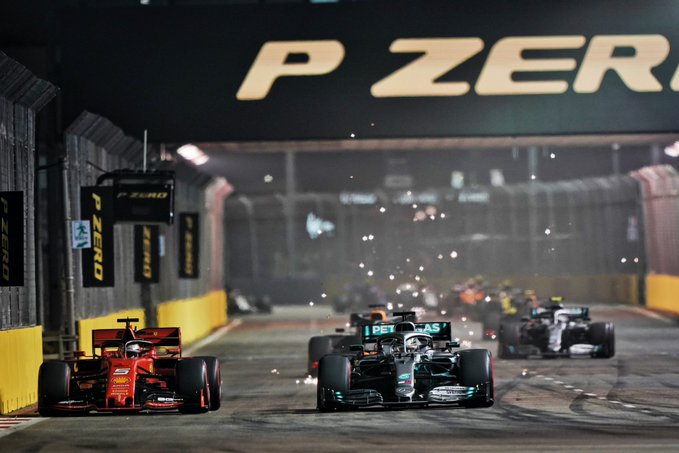 However, the succession of safety cars in the second half of the race played into Ferrari’s hands. In the end, he finished behind Verstappen, with his teammate Bottas playing a big role.

Bottas, who is second in the driver’s race, stopped four laps before Hamilton and was soon in danger of not only passing his teammate but also taking Red Bull’s Alexander Albon with him.

Mercedes instructed Bottas to slow down by about three seconds a lap to ensure Hamilton came out ahead. They took the conventional approach of ensuring the lead driver’s strategy but was it a good idea when the two Mercedes drivers are still competing for the title?

What’s next in the title race?

Ferrari introduced a major aerodynamic upgrade for this race which worked in their favour. But should Mercedes be worried? They have performed exceedingly well in tracks similar to this earlier this season, and therefore this could be seen as an aberration.

On the other hand, Mercedes could be feeling that heat due to Ferrari’s resurgence. Ferrari have now won three races in a row and this could lead to an unpredictable end to the season, at least in terms of individual races. Let’s hope that’s the case.