Sportslens.com
Home Teams Arsenal Should the lack of signings be a worry for Chelsea?

We are less than a week away from the 2015/16 edition of the English Premier League, as Chelsea get set to defend the title they won so comfortably last season. Their rivals, understandably, have had a busy transfer season, bringing in players in their bid to give the Blues a tougher challenge this time around.

Jose Mourinho, in the meanwhile, has opted to have a quiet window, with the £8 million spent on Asmir Begovic being their only major investment as far as the first-team is concerned. Radamel Falcao has also come in, but the Colombian has joined on loan from Monaco. 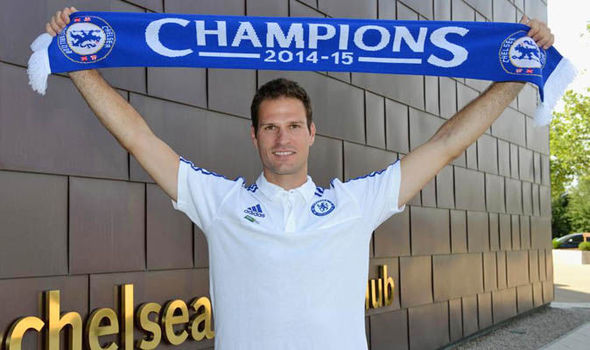 Chelsea were top of the league last year from Gameweek 3 right to Gameweek 38, with Manchester City being the only real threat challengers. After the New Year, even Manuel Pellegrini’s men faded away, leaving the Blues with a pretty straightforward task on their hands, which they carried out with minimum fuss.

Are Chelsea well-equipped to retain the league?

Retaining the league is a different ball-game altogether, as Mourinho’s men are very much the side to beat now. Also, with very hardly any players coming in, their style this season will be very similar from last year, which means that opponents will know what to expect.

Chelsea will probably bring in John Stones before the window shuts at the end of August, but the young Englishman is a long-term signing, rather than one for the immediate future. There are no other solid rumours linking any player to a move to Stamford Bridge.

Manchester City, Manchester United and Arsenal, on the other hand, have all spent big in the summer. There is not doubt that all these sides needed to improve following below-par seasons last year, but Chelsea’s inactivity will bolster their confidence even further.

City have made Raheem Sterling the costliest ever English player in history, splashing out £49 million to sign him from Liverpool. Louis van Gaal has changed the complete face of United’s midfield, bringing in Morgan Schneiderlin and Bastian Schweinsteiger along with Memphis Depay up front. Arsenal brought in Petr Cech from Chelsea early on, and recent reports have suggested that a big-name striker could be on his way soon.

Should Chelsea make a reactive signing?

There were strong rumours earlier on linking Antoine Griezmann with a move to Chelsea a couple of months ago, but those talks have died down now. Other attacking midfielders like Pedro and Arda Turan from Barcelona and Atletico Madrid respectively were also in the news, but Mourinho has stated that he will not signing a player in that position.

With all their rivals signing such major names though, they may want to look at signing someone just as a signal of intent. Several youngsters have been integrated into the squad this season, with the likes of Bertrand Traore, Ruben Loftus-Cheek and Dominic Solanke expected to play some part in the first-team. Victor Moses has also been called back from his loan and has played a key role in pre-season thus far.

Also, the Blues have several young players in their squad who are still at an age where they will improve. The likes of Eden Hazard, Oscar, Willian and Diego Costa were brilliant last season, but will be expected to be even better this time around.

While Chelsea haven’t signed anyone, it should also be noted that they haven’t let any important player leave either. Mohamed Salah has fallen out of favour and is expected to move to Roma, but Mourinho already has 6 options for the 3 vacant positions. Didier Drogba has left the club following the expiration of his contract, but Radamel Falcao has come in.

It will be interesting to see if Chelsea maintain their distance in the remaining month or so in the transfer window. Their first game is against Swansea City on 8th August at Stamford Bridge, and Mourinho will want his side to get off to a flying start just like last time. If they stutter in the opening few games though, he could be forced to rethink his strategy and bring in a player or two.