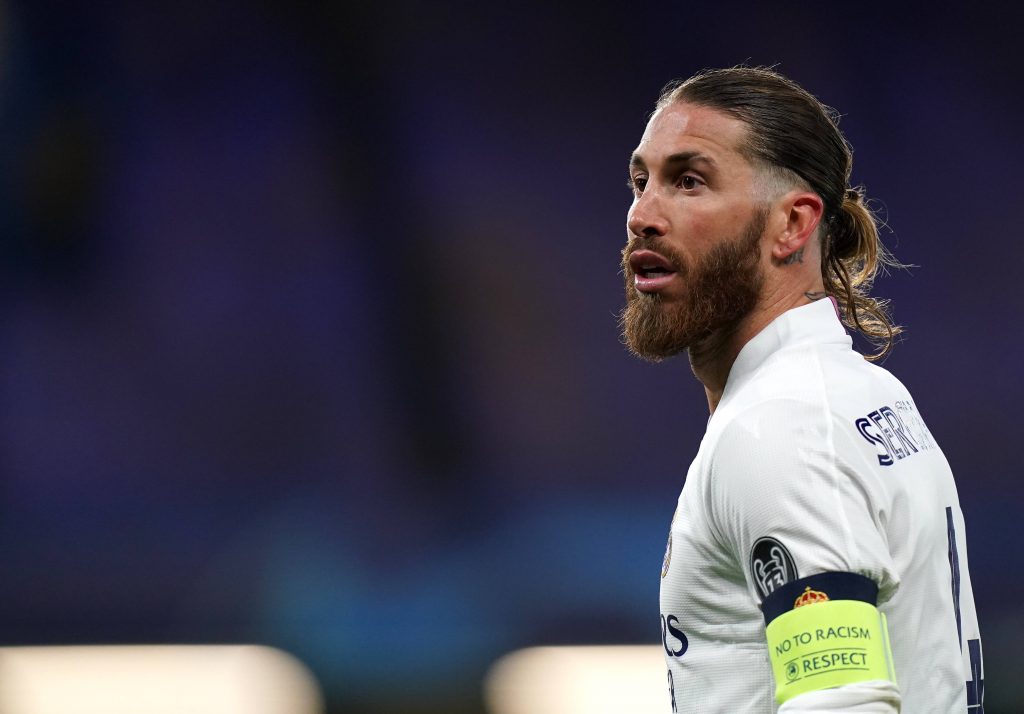 Sergio Ramos is prepared to sign a one-year contract with Real Madrid rather than pursuing a fresh challenge elsewhere, Spanish outlet Marca reports.

The Spaniard has been in a contract stand-off for several months, with the club reluctant to meet his demands for a two-year deal beyond June.

It is now reported that the 35-year-old is planning to compromise, and is willing to accept the club’s one-year proposal with a 10 percent pay-cut.

Ramos has yet to contact president Florentino Perez, but it is claimed that a deal would be a formality with the defender’s acceptance.

Ramos has had an illustrious 16-year career with Los Blancos, winning 22 major trophies.

It was recently claimed that the club were planning a special farewell for him, where he could be pictured alongside the silverware won.

However, the club captain appears to have different plans in mind with a surprise U-turn. It could be a matter of time before he extends his stay.

Los Blancos recently bolstered their central defence with the signing of David Alaba, but there is still uncertainty over Raphael Varane’s future.

The Frenchman and Ramos have been pivotal towards the club’s immense success over the past decade, and losing both in the same window could be calamitous.

Varane has yet to renew his deal expiring in June next year. Los Blancos are still hopeful of finding a suitable agreement with the 28-year-old.

If they fail, Madrid could sanction his sale with interest from Manchester United, Chelsea and Paris Saint-Germain.

Ramos is no longer at the prime of his career, but he is still one of the best in the business and keeping him would be a big boost for the club.