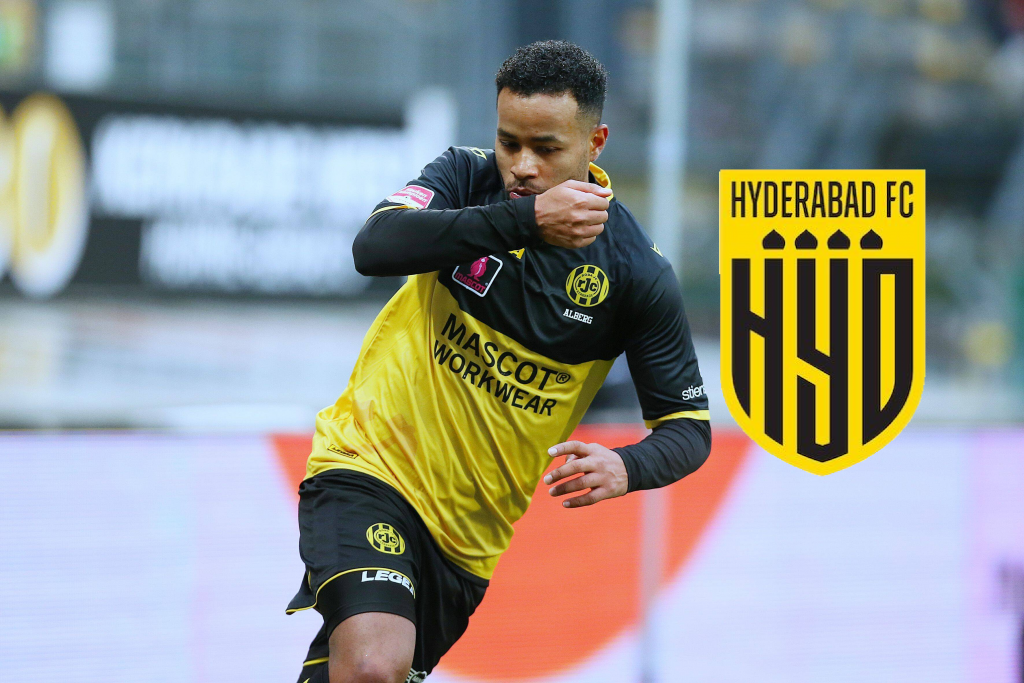 Hyderabad FC have confirmed the signing of midfielder Roland Alberg from Dutch club Roda JC on a loan for the remainder of the season.

The 30-year-old Dutchman is a graduate of the AZ Alkmaar youth academy, in a batch including Iceland international Jóhann Berg Guðmundsson. He made his Eredivise debut with Excelisor, before moving to Turkey in 2013 to play for Elazığspor. He had a three-year stint with ADO Den Haag thereafter, followed by spells at Philadelphia Union in the MLS, CSKA Sofia in the Bulgarian first division and Panionios in Greece. Last year, he joined Roda JC, who play in the Eerste Divisie in the Netherlands.

After making 24 appearances and bagging 9 goals, Alberg has joined Hyderabad FC having last played a match just eight days ago. Here’s what the Nizams are getting with the Dutch midfielder:

Roland Alberg is a typical attacking midfielder, a classic number 10. Being right-footed, he can also operate as an inverted left-winger, especially in a 4-2-3-1, which is the formation that Hyderabad have deployed in all of their matches so far this season. He can also operate as a second striker, but that role isn’t present in Hyderabad FC’s system.

Roland Alberg is a technically-gifted player – he is brilliant with the ball at his feet. His attacking output is very good for an attacking midfielder, having scored 32 goals and set up 14 others in his 124 appearances for ADO Den Haag and Philadelphia Union. The Dutch midfielder is a good dribbler too, completing the majority of his dribbles and averaging 1.1 per 90. He has a wicked set-piece on him as well, netting half of his goals from dead-ball situations.

Evidently, this would mean that his long shooting isn’t bad at all. That explains why he takes 58.26% of his shots from outside the box. Here’s an example of his long-range wizardry:

To add to that, Alberg’s creativity isn’t bad either, as he makes 1.4 key passes per 90. Here too, he can do the damage from distance, with 25.64% of his key passes coming from long balls. Here is one of them:

Clearly, Alberg is a man of many strengths, especially with the ball at his feet.

Roland Alberg does have some weaknesses too, which opposition may look to exploit. The main one is his defensive work rate or lack thereof. He has only averages 0.9 tackles per match while committing away 1.1 fouls in the same duration. Further, aerial duels aren’t his greatest strength either, as he wins only 0.7 per game on average, but this is not something that will be tested too often since he is the one who usually delivers the set-piece instead of being on the end of them.

Hyderabad will need to make sure that they have players sweeping up behind Alberg, though, because they can’t really rely on him pressing or tracking back too much. This is the one major drawback he has, but apart from that, he is a top-quality footballer.

Hyderabad FC and their fans will be extremely glad to see Roland Alberg join their squad, but one man who won’t be so happy is exciting young playmaker Mohammad Yasir, who will face stiff competition for a starting spot. Alberg will almost certainly be deployed in the number 10 role in Manuel Márquez Roca’s 4-2-3-1 since that is his favourite position, so Yasir might have to search for a spot on the wings while serving as a more-than-capable backup option.

Besides being Hyderabad FC’s creator-in-chief, Alberg will most probably also take over set-piece duties, so we won’t have to see too many more of Liston Colaco’s rocket-launching attempts from dead-ball situations.

Roland Alberg will surely add a lot of quality and experience to this youthful Hyderabad FC side, which they will need as things start to get tougher and more serious in the latter stages of the season. The fact that the Nizams have done so well with no more than three foreigners on the pitch usually means that they will undoubtedly look even better with players like Alberg on the pitch.

Hyderabad FC will become an even-greater force with Alberg’s addition, as the returning Francisco Sandaza and Lluís Sastre will join him to create a very strong foreign camp to go with their young Indian contingent.