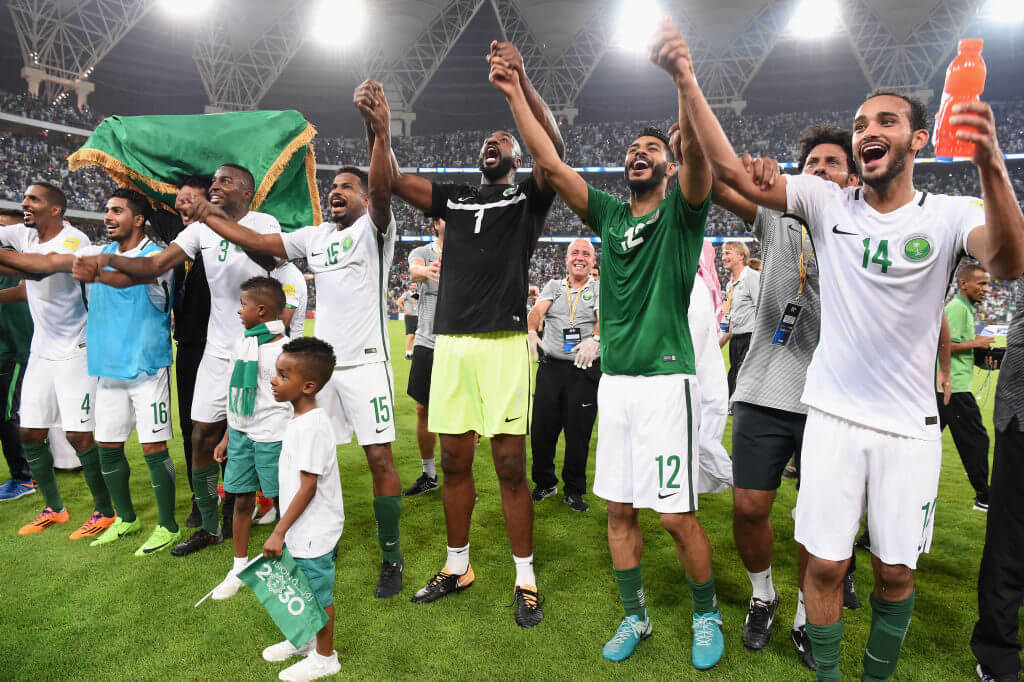 Saudi Arabia return to the World Cup this summer after a 12-year hiatus but will enter the competition as a side expected to be eliminated at the first opportunity.

Drawn in Group A with Russia, Uruguay and Egypt, although the Asian nation have avoided one of the traditional heavy hitters, they will not be given much chance of progressing by outsiders.

However, some positive signs in qualifying suggest that Saudi Arabia should not be completely written off.

Apart from three of the Saudi midfielders, who have been sent out to Spanish clubs on loan ahead of the World Cup in slightly odd circumstances, the remainder of the squad ply their trade in their homeland.

As such, most will not have experience of the highest level of football but the group has the benefit of familiarity given that many play together at club level.

A handful of players with 50 caps or more have been omitted from the preliminary squad as time catches up with stalwarts of the last generation.

This includes Mohammad Al-Shalhoub – the 37-year-old has made 118 appearances for his country and is regarded as one of his nation’s greatest-ever players, but has not been included.

The lead-up to the World Cup has been chaotic for the Saudis to say the least, with Bert van Marwijk leading the nation to qualification before stepping down straight after.

Edgardo Bauza had a short ill-fated stint in charge, before being replaced by his Argentine compatriot Juan Antonio Pizzi.

While the former Rosario Central striker has a somewhat impressive managerial CV, including leading Chile to the Copa America crown in 2016, the limited time the South American has had in the role must be a drawback for Saudi Arabia.

Pizzi has looked to change the direct style of Van Marwijk and get the ball down and play – the problem is that against experienced international opponents Saudi Arabia simply do not have the quality.

That said, a handful of long-serving stalwarts in defence will make the Asian nation difficult to break down and they do have pace in wide areas.

Expect Saudi Arabia to line up with a compact 4-5-1 formation, which will turn into a 4-2-3-1 system when they have the ball.

Goals will most likely be in short supply for Saudi Arabia at the World Cup, but Mohammad Al-Sahlawi will be their best chance of getting some.

The 31-year-old striker has an impressive international strike record of 28 goals in 38 caps, with the centre forward also prolific at club level in his homeland.

Chances could be few and far between but if Saudi Arabia can frustrate their opposition, Al-Sahlawi could be the man to deliver the hammer blow on a counter attack.

While many of the Saudi squad have been in and around the squad for a long time, younger players such as Fahad Al-Muwallad will make up the next generation of the national side.

The 23-year-old has already amassed 43 international caps despite his relatively young age and has shown a knack of contributing goals from wide areas – he has netted ten times for his country.

Al-Muwallad has broadened his experience by spending the second half of the 2017-18 campaign on loan at Spanish side Leganes and could be an exciting prospect if he gets time and space on the ball.

Despite the fact that Saudi Arabia have recorded morale-boosting friendly victories over Greece and Algeria this year, a 4-0 defeat to Belgium showed that the Middle Eastern outfit will struggle against opposition of real quality.

Pizzi’s men certainly have a chance of recorded positive results in a handful of their group games but anything other than elimination at the first stage would be a shock.