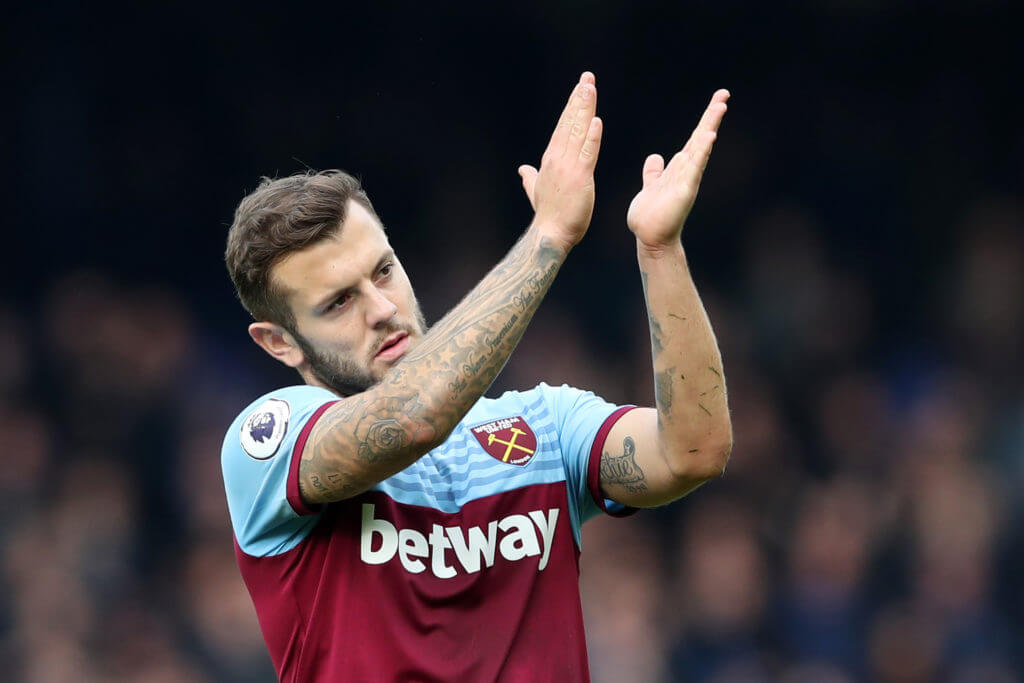 West Ham United midfielder Jack Wilshere has left his former teammate at Arsenal Santi Cazorla in stitches after uploading a video of himself flooring his wife during a kick-about on Instagram.

The frustration of isolation coming out, but to be fair the ball was there to be won @andriani_wilshere love you really 😘

The 100k-a-week Hammers man is currently at home recuperating from an hernia operation he had in January, and the lockdown appears to be doing his recovery a lot of good.

Injuries may have robbed Wilshere of a lot of Premier League action this term and in the past for both West Ham and Arsenal, but he was quick to remind his wife of his reputation as a tough-tackling midfielder, and Cazorla and a host of the Englishman’s football friends couldn’t help but laugh. 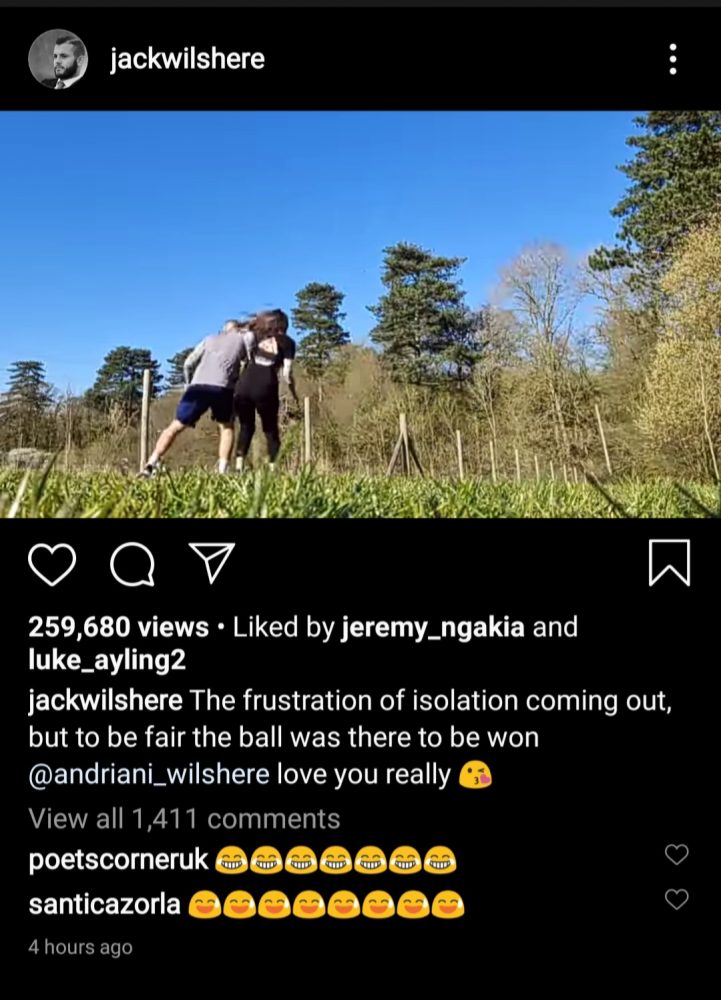 The 28-year-old has around 16 months left on the three-year contract he signed when he arrived from Arsenal on a free in the summer of 2018.

Wilshere has featured in only six Premier League games this term, starting just two of them and was yet to join the main group for a session with manager David Moyes prior to the suspension of football due to the coronavirus pandemic.

He has played just 16 games for the Hammers, featuring in just eight games last term due to an ankle injury, but could hand them an injury boost in the coming months.

West Ham could do with his quality in the middle of the park in their nine remaining league games this term, and it will be interesting to see if he can help guide the relegation-threatened side to safety.