While the future is filled with promise for AS Monaco now, this time a decade ago, it was very much up in the air.

For much of the last couple of decades of the 20th century, Monaco were a fixture at the top of French football. They were there before Marseille’s run of dominance started in the late 1980s, stayed steady in the top three during OM’s five-year run at the top, and scaled the summit again after it all came crashing down for Marseille in 1993. 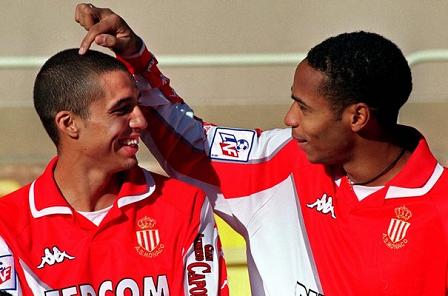 Under the leadership of club legend Claude Puel, Monaco captured their most recent title in 2000, with the strike duo of Marco Simone and David Trezeguet combining for 43 goals. However, in the close season, Trezeguet and three other key pieces of the triumph – Fabien Barthez, Willy Sagnol, and Sabri Lamouchi – all departed, and this is where the trouble started.

Following two awful seasons – their two worst seasons since relegation in 1976 – ASM’s finances were brought into full focus, and it wasn‘t a pretty picture. In October 2002, it was reported that Monaco had to borrow €180 million to cover debts related to their recent failures.

With one early Champions League exit followed by consecutive failures to make it back, much-needed millions were missed out on. Sure, the sales of Barthez, Trezeguet, Sagnol, John Arne Riise, and several others post-title brought in a lot of money, but Monaco invested heavily to build and rebuild, and the royal family didn’t do nearly as much to keep the coffers well in good stead as outsiders might have thought.

Meanwhile, fortunes on the pitch began to trend upward again. An 11th-place finish and Champions League and domestic cup failure brought about the end of Puel’s tenure a year after the title, and in came former France captain Didier Deschamps, who hung up his boots at 32 and immediately stepped into the role.

After finishing 15th in his first season and starting slowly in his second, things came together, and despite a large, dark, €50 million plus debt cloud hanging overhead, there was an emergence as a leading contender in a packed title race and a cup run to boot.

The title charge continued well into May, when a 3-1 defeat at Guingamp in the penultimate round handed Lyon their second of seven successive successes. But a runner-up finish was a massive improvement, and in the same month, Sochaux were brushed aside comprehensively in the Coupe de la Ligue final. With a talented, fairly youthful core in place, there should have been a lot to look forward to.

But shortly after the close of the season, the DNCG – the financial arm of the LFP, French professional football’s governing body – dealt what could have been a mortal blow, ordering Monaco to be relegated to Ligue 2 after failing to receive satisfactory assurances about the club‘s financial plight.

Fortunately, the royal family stepped in to save the day, and the decision was overturned on appeal. They were allowed to remain in the top flight and keep their automatic place in the group stage of that next season’s Champions League, but the reprieve came with a restriction on player movement into the club.

That could have proven quite troublesome when striker Shabani Nonda went down in late August with what appeared to be a season-ending knee injury (it wasn‘t, as he would return in April). Available on loan, however, was Real Madrid striker Fernando Morientes, a three-time Champions League winner. 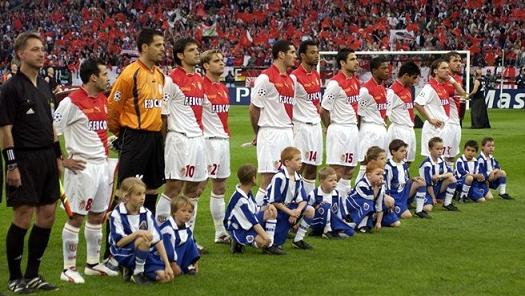 In the final, they met another unexpected finalist in Jose Mourinho’s FC Porto side. After a bright start, captain and creative force Ludovic Giuly was forced off with a groin injury, and the tide soon turned. Porto scored three without reply, bringing a bitter end to what had been an amazing run.

To compound their misery, while they had been flourishing in Europe, they were floundering domestically. Once again, they entered the final months of the season well-positioned for the Ligue 1 title, and once again, they faltered and were overtaken down the stretch by Lyon (and by PSG, who nipped ahead to finish second).

The best could have been on the horizon, but the key characters didn’t stick around long enough to see if they could take that next step, and the positive momentum quickly faded. After several indifferent seasons, their luck finally ran out two years ago. They were closer to average than awful, but too many draws and too few goals and wins proved to be their downfall.

A draw at home to Lyon would’ve been enough for a last-day escape had SM Caen lost at home to Marseille, but Caen held on for a 2-2 draw, and Lyon scored twice in the last 25 minutes to win 2-0 and send ASM down to the second tier. 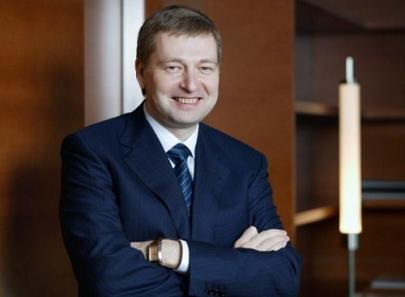 Fast forward to the present, and not only are Monaco back in the top flight, they’re armed and aiming to do much more, led by the wealth of Russian billionaire Dmitry Rybolovlev.

When Rybolovlev completed his purchase of a majority stake in the club in December 2011, a second successive relegation looked much more likely than a quick return to the top flight. It took eight rounds to record the season’s first win, and that would be the only win in 18 matches before the takeover.

With the aid of the Russian, they went on to finish 8th and comfortably safe, and this past season, they topped the table for most of the way and secured the title with a round to spare.

Now, instead of simply trying to consolidate a Ligue 1 place, Rybolovlev is thinking much, much bigger and flashing the cash to back up his ambitions. The transfer bill is already well past the €100 million mark, and there’s more to come. Porto duo João Moutinho and James Rodríguez were signed for a combined €70 million, but the move that’s made the most waves is a €60 million deal for finisher extraordinaire Radamel Falcao.

Among the names on the club’s purported shopping list for the remainder of the summer are Hulk, ASM old boy Patrice Evra and his Manchester United teammate Nani, Liverpool’s Daniel Agger, Galatasaray keeper Fernando Muslera, and last but not least, Cristiano Ronaldo. 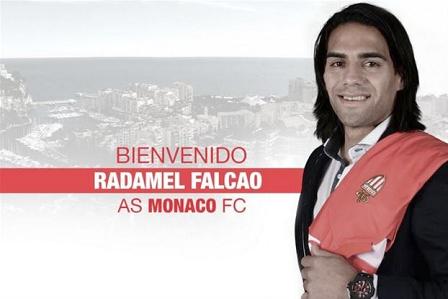 Monaco’s previous Rybolovlev-era moves garnered a fair amount of attention, most notably their attempt to land Roberto Mancini before having to settle for renowned builder Claudio Ranieri, but by comparison, that was a mere ripple compared to the attention that’s now focused squarely upon them. And beyond no shortage of initial sniggers and snipes of jealousy and incredulity, there are many legitimate and understandable questions.

Is it the “right” approach? Perhaps not for the purists, but in this situation, it’s the only one there was ever going to be. A consideration of Rybolovlev‘s track record for extravagant personal spending and the intent that the club‘s shown since immediately after his takeover, and it looks a lot less shocking. And, there’s something more than a little fitting about a club based in Monaco exhibiting such flash and ambition.

An extension of the above is whether Monaco’s spending, and PSG’s along with it, is “good” or “bad” for Ligue 1. To fully dive into this would take much more than a few sentences, but here’s the short(ish) answer: When it’s time to negotiate a new TV deal (the present rights deal expires in 2016), the possibility is very high that those negotiations will end with far more positive feelings than last time.

The presence of top talents like Zlatan Ibrahimovic, Falcao, and others that follow can only boost international interest, and success in Europe – which has been rare for Ligue 1 – will do that as well.

And this is why you’ll see Monaco’s current confrontation with the LFP end with a solution that is at least somewhat satisfying for both sides. To this point, both have played hardball and played a little he said/she said out of principle/stubbornness, but it‘s unlikely to continue.

For all that they’re spending, are they spending aimlessly? While their list of signings and reported targets looks a lot like a “Six Degrees of Jorge Mendes” game, there’s a method to the madness. Look down that list, and there’s a distinct lack of 30-something/past-it names. Immediate success is no doubt an aim, but there also looks to be the desire to form a core that can be built upon. And if worse comes to worst, there will be no shortage of salable assets.

What about the players who brought the club back to the top flight? There will be departures, sure. That would be the case even if the budget was much smaller. But several will, at the very least, provide quality depth next season, and there are also some real gems in the bunch.

The development and success of young talent, homegrown or acquired, was key to Monaco’s success in the past, and at present, there’s a bevy of gifted young attackers at the club, from new recruit Rodriguez, to Argentine teenager Lucas Ocampos, last summer’s big buy, and academy product Valère Germain.

So what about FFP? ASM should know all too well that the DNCG runs a pretty tight ship when it comes to keeping league clubs in line financially, so enough said there, even if there some question how a club that can‘t come close to filling the cozy Stade Louis II will stay above water in the long run.

Or what about the potential that Rybolovlev could cut and run whenever he feels like it? He speaks like a man who’s thinking beyond the short term, and while his wealth will take a hit whenever his divorce from wife Elena is finalized, the settlement she’ll receive shouldn’t affect his commitment to the club. 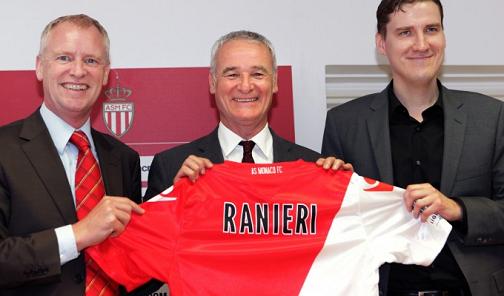 The biggest question of all, ultimately, if this will be where Ranieri is finally able to fulfill in the glaring holes on his CV and reach the heights that have eluded him to date. Whatever happens, his previous experiences with a billionaire Russian owner should have him well prepared.

His last season at Chelsea was Roman Abramovich’s first, as despite leading Chelsea to the aforementioned semifinal against Monaco -their first-ever Champions League semifinal – and second in the Premier League – their best First Division/Premier League finish in almost 50 years – his position was the subject of heavy speculation all season, and the inability to turn nine-figure spending into tangible success gave Abramovich a good excuse to dump him out and replace him with Mourinho.

Fortunately for Ranieri, Rybolovlev appears to be more committed to him than Abramovich ever was, and he also appears to have a realistic view in regards to expectations for next season. Time will tell if that remains the case, because football management and job security don’t exactly go hand in hand.

But if Rybolovlev is indeed a forward thinker, Ranieri will have more than the upcoming season to show where he can take the club… unless Deschamps or Arsene Wenger decide they’d be interested in returning to the scene of their first managerial successes.

There are no guarantees that this ambition will lead to the desired results. Anything, including spectacular failure, is possible. But for a club that’s had its share of great moments, the chances are high that the best days are ahead.