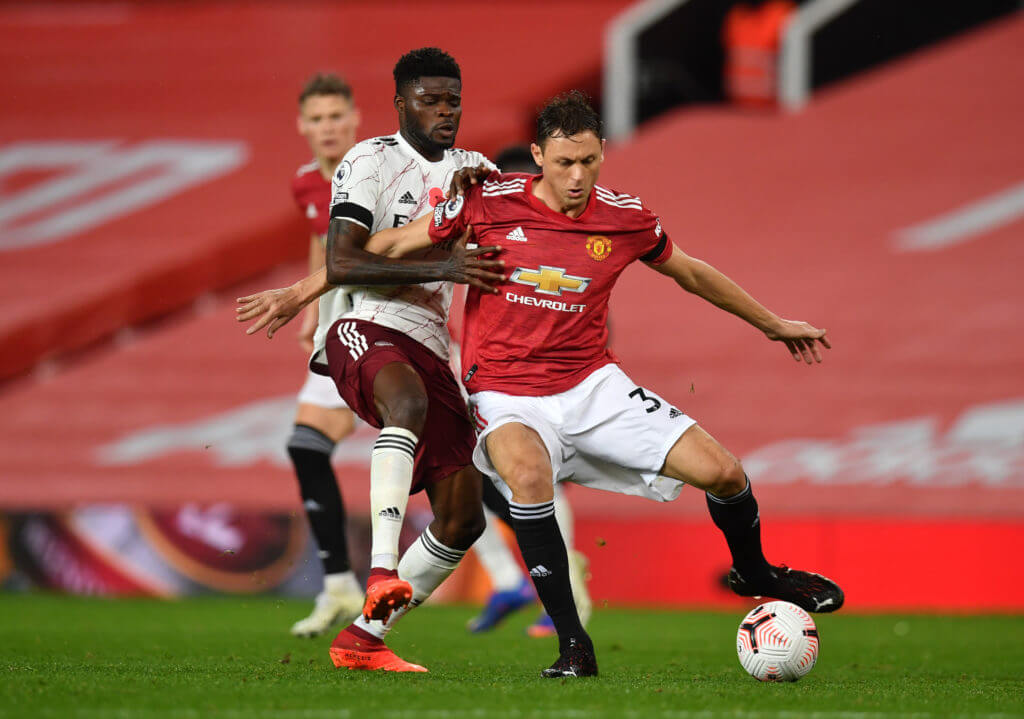 Pierre-Emerick Aubameyang scored a second-half penalty to give the Gunners their first Premier League away win over United in 14 years.

Although it was a lacklustre encounter from both sides, the Sky Sports pundit panel was impressed with the performance of Partey, who played a huge role in Arsenal’s impressive display of pressing football at Old Trafford.

“He was outstanding. He’s obviously no mug having played in big games. When you watch a player live that’s when you can judge a player and the more I look at him the more I wish he was in the United midfield. He’s big, strong and aggressive – and he can pass it forward. He can deal with the ball.

“I had my battles with Vieira and I think this kid has got a chance of matching what Patrick used to do.”

The Ghanian midfielder made four tackles and two interceptions during the game. He played 59 passes, and had a shot on target as well, according to whoscored.com.

The 27-year-old joined the Gunners in the summer transfer window from Atletico Madrid for a fee of £45 million on deadline day.

He has taken no time in settling in at his new club and has made a strong impact already. He brings energy and dynamism in the middle of the park and could turn out to be a key player for the Gunners as Mikel Arteta strives to take the club back to its old glory.

Keane was involved in some of Manchester United’s classic matches against Arsenal, and the rivalry between him and Vieira often dominated the headlines.

The Frenchman is a club legend, and Partey has a long way to go to reach his stature. In terms of playing style, there are a lot of similarities between the two players. The early signs are very encouraging, but only time will tell whether Partey can develop into an influential figure like Vieira.