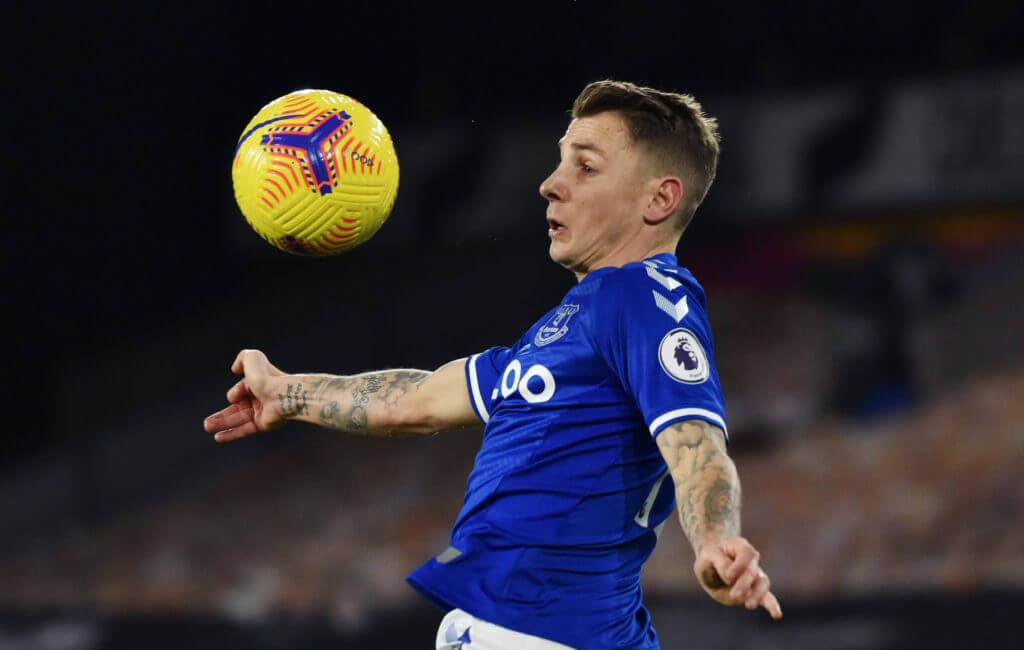 Ross Barkley has showered praise on Everton defender Lucas Digne after the Toffees earned a 2-1 victory against Wolverhampton Wanderers on Tuesday night in the Premier League.

Digne provided the assist for Alex Iwobi to give Everton an early lead against Wolves. The home side restored parity in the 14th minute through Ruben Neves.

In the 77th minute, Michael Keane scored the winner with a header converting Andre Gomes’ teasing cross from the left.

Barkley, the former Everton attacking midfielder, was particularly impressed with the French full-back and hailed him as ‘wand of a left foot’.

Digne was gracious enough to reply to his message, saying ‘Thank you bro.’

Barkley was once adored by the Everton fans, but his move to Chelsea in 2018 may have left a bad taste in the mouth of some fans.

The England international joined Aston Villa in the summer transfer window from Chelsea on loan. He was doing well at Villa, scoring two goals in six appearances, before getting injured.

Digne, who made his first league start since 22 November, played a first-time pass to Iwobi, whose cleanly-struck effort took a slight deflection off Conor Coady.

The Frenchman attempted 28 passes and made one interception during the game, according to whoscored.

The return of Digne and James Rodriguez has come at a perfect time for the Toffees who are now fourth in the Premier League table following their latest win at Molineux.