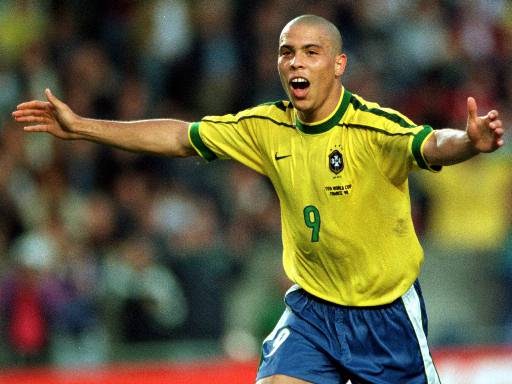 The famous gap toothed grin will be a thing of the past as Brazilian superstar Ronaldo has announced his retirement after a storied career that has seen him revered as one of the games most iconic and gifted front men.

The 34-year old had his heart set on hanging up his boots at the end of the year with a Copa Libertadores medal being hoisted over his neck with Corinthians, however, dreams don’t always materialise in a sport that can be cruel as well as kind – the aforementioned knowing that all too well. Timao were eliminated by Colombian side Deportes Tolima in the preliminary round of the competition with Ronaldo’s own fans heckling him from the stands. A far cry from those scenes in Yokohama nine years ago where he led his nation to glory.

On his day – and bar his injuries – the man was one of the most composed yet spectacular finishers of a ball in modern history. The master of the nutmeg who inhabited a sheer divine elegant nature as he weaved his way in and out of defences that bordered on art rather than sport. His movement and guile was so crisp, precise and deadly as he bamboozled his opposition who were mere spectators half of the time.

His career just soared and soared ever since he famously caressed the FIFA World Cup in its entirety in the Rose Bowl as a 17-year old whose talent at that age saw him drafted into Carlos Alberto Parreira’s squad. Although he did not play any part in the competition, he burst onto the European scene when he joined Dutch giants PSV Eindoven after being recommended by compatriot Romario who spent five years of his glittering career at the Philips Stadion.

What an impact he made in his debut season within the Netherlands. Amazingly he bagged 35 goals in 36 appearances, marginally close to equalling a goal every single game. Comparisons were certainly being made to Romario who in one campaign scored 31 times in 26 outings. Unparallel scoring records from both.

A move to Spain materialised in 1996 where Ronaldo’s reputation reached new heights in a record breaking season that defined his career. A year in Catalonia with Barcelona saw him dazzle Spanish opponents on a weekly basis that had on looking spectators star struck by the riveting sleek veneer that seemed to have the ball stuck to his feet before slotting it into the onion bag without breaking sweat.

One goal in particular against Compostela portrayed everything about the man. He picked up the ball just outside the oppositions half in the vicinity of the half-way line before majestically oozing past Said Chiba who did his utmost to pull the Brazilian down by tugging at his shirt but his failure to do so sparked Ronaldo’s legs into action. He continued by dazzling his way down the left-hand side whilst being continuously pressed by blue and white shirts before cutting inside onto his right foot, forcing his way through two bodies in the process and calmly slotting the ball to the goalkeeper’s right which had his opponents standing in awe with hands on hips. It was a piece of beauty, centre-forward play like no other, he made the goal himself and celebrated by himself as his peers applauded in amazement. A jubilant Sir Bobby Robson even produced a slight jog on the side as he clenched his fists in delight. It was a beautiful moment in Galicia.

The individual accolades were beginning to clutter his shelves as he picked up the Ballon d’Or and was crowned FIFA World Player of the Year in 1996 and the following year in 1997. A staggering achievement for a young man who spearheaded an elite entity in the form of Barcelona to success in one solitary campaign for the club.

Internazionale did their utmost to try and sign Ronaldo prior to his arrival in La Liga and finally succeeded by getting their man after his inaugural season. A Copa del Rey triumph, UEFA Cup Winner’s Cup and 47 goals in 49 appearances in red a blue didn’t make up for his displeasure at scenes behind closed doors over the renegotiation of his contract – leading to him joining the Nerazzurri for a then world-record transfer fee of £19million where he instantly fell in love with the football club.

Ronaldo was becoming a predominant figure for his national side who were reaping the benefits of their star man whose all round game was developing week by week in Italy. He was becoming more a team player who had a delightful eye for a pass and contributed with assists as well as continuing his most pleasurable task of finding the net himself – bagging 34 goals in 47 appearances in his inaugural campaign in the black and blue stripes. His interplay with strike partner Ivan Zamorano was almost telepathic. It was a cleverly blessed partnership with Chilean Zamorano rattling his footballing brain to the max as he aided the Brazilian, and vice versa, forging a great understanding with one another.

That debut season in Inter was littered with more honours and accolades as it had been with the Blaugrana a year prior. Inter captured European Glory as they overcome Lazio in the UEFA Cup Final with Il Fenomeno netting his sides third in a 3-0 victory in the all-Italian showpiece. He was a constant thorn in the side of the Aquile and rattled the crossbar in the first-half with a ferocious right-footed effort. His goal was again was Ronaldo-esc as he eluded the defence by getting in behind before finding himself one on one with goalkeeper Luca Marchegiani where he won the battle of wits with a couple of stepovers before rounding the Italian and tucking the ball into an empty net which was greeted by rapturous celebrations of the Milanese supporters in Paris.

Life just couldn’t get better for Brazilian football’s new darling and he well and truly put his mark on the game with a spectacular FIFA World Cup in France in the summer of 98 where he spearheaded the Samba Boys attack into the final. He was a thing of beauty during the tournament, his presence lit up smiles on the faces of his watching fans who knew full well they were viewing a talent whose name would be etched into FIFA folklore. He netted four times and even produced three assists – emphasising the role Serie A had played on his all round game. However, as life seemed to be up in the clouds it all fell down with an all mighty bump where he suffered a convulsive fit the night before the final with France which evidently tarnished his dream of lifting the cup in the Stade de France. He cut a lonesome figure during the game and his side were humbled by the hosts 3-0 who were being inspired by Zinedine Zidane. Nevertheless, despite his disappointment in the final he still earned the prize of being named the tournament’s best player with the Golden Ball.

His career however looked as if it was to reach a premature end as he ruptured his tendon in his knee in November 1999 during a Serie A encounter with Lecce. If that wasn’t bad enough, after months of rehabilitation and sacrifice he made his return the following April against Lazio during the Coppa Italia Final where after just seven minutes of play, his knee gave way again which  produced harrowing scenes. After trying to dummy the Lazio defence with a step over his body jolted and immediately fell to the turf in agony clutching his knee. Both sets of players looked on in distress as tears rolled down the superstar’s face as the realisation of more trauma was in store – hindering his already glittering career. Teammate Christian Panucci looked to be the loneliest figure in the world as he looked on with his head in his hands in evident distress over his friend’s agony. It made distressful viewing that night in Rome.

He was being written off with the vast majority believing his career to be over but Ronaldo showed the resilience and tenacity like no other as he made one of the most spectacular comebacks in the history of the sport as he lead Brazil to World Cup glory in 2002. In tandem with Rivaldo and Ronaldinho, the trio produced the most formidable attack in Japan and South Korea with Ronaldo finishing top goal-scorer with eight goals. His brace in the final over Germany in Yokohama was the deciding factor in a tentative affair. The celebrations after his second where his peers on the bench hoisted him in the air signified his triumph and heart as his gap-toothed smile was once again beaming across his face as it had done four years prior.  He claimed his second Ballon d’Or and his third FIFA World Player of the Year title. Ronaldo was back. Football’s most clinical striker had battled with adversity and pain and came out on top.

Real Madrid president Florentino Perez was assembling his army of world-class talent in the capital and lured Ronaldo to his Galacticos after the finals for €39million. He became an instant hit at Los Blancos with a brace against Alaves as a second-half substitute – netting his first within a minute with a composed half volleyed drive into the ground that subsequently rippled the net. He paid a pivotal role in their championship winning season with 30 goals in 44 appearances – also winning the Intercontinental Cup. He was given a standing ovation by both sets of supporters at Old Trafford when he scored a hat-trick against Manchester United in the quarter final of the Champions League. His infamous wagging finger was in overdrive that night as he overcome Fabian Barthez in goal – something which he failed to do five years earlier in the Stade de France. It was a symbolic sign of respect as Ronaldo was substituted by Vicente del Bosque and 67,000 people rose to their feet in a chorus of applause as he made his way to the bench. The following year he picked up the Pichichi with 24 goals.

A move to AC Milan materialised in 2007 which was eventful for mainly the wrong reasons as the curse of his knee struck again that more or less ended his Rossoneri tenure and was released at the end of his contract in the summer of 08.

The end of his career would be played out in homeland with Corinthians where he won the Campeonato Paulista and Copa do Brasil. It was his dream to end his glittering yet eventful career in December as he harboured an aspiration of lifting the Copa Libertadores but it wasn’t to be.

He will go down as of the greats in Brazilian football and as an elite name in the sport that he sparkled with his intricate feet as well as his diligent control that could be instantly reversed with a piece of extraordinary genius. A revered performer for club and country he had the world at his feet and lit up smiles on his fans as he did himself, just a Brazilian lad playing at the San Siro and Bernabeu as if it was a gold sanded beach in his homeland. He loved the sport so much and rest assured the feeling was mutual.

Ronaldo your name has been engraved rather conclusively into the history of the game and the word legend cannot be used enough to do you justice. Good luck Il Fenomeno.