Everton manager Roberto Martinez has hugely benefited off loans this season, but he has recently expressed his discontent towards the rules, claiming he would like changers in order for them to coexist with those in Europe. 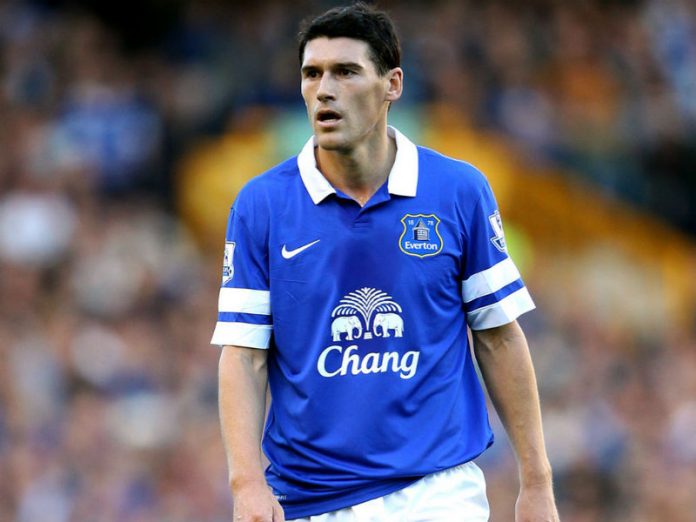 Barry has proved to be a very good loan deal

Everton’s next Premier League opponent is Manchester City, a game that on-loan midfielder Gareth Barry will be ineligible to play in.

The comments come after the Atletico Chelsea clash were goalkeeper Thibaut Courtois was able to play, despite being technically owned by the London club. It is clear that Martinez feels that his chances are reduced due to the absence of the English midfielder. He believes that once a team has let a player leave on loan then he is not wanted by the club and that they are happy for him to be elsewhere. This is one of his arguments towards the rules that prevent a loan player from playing against the club that technically owns them.

Martinez, quoted by ITV, expressed his opinion on the matter by saying “In my eyes when you reach an agreement for a player to go – whether a loan or permanent transfer – he should be allowed to play”

He went on to further elaborate on how he feels these rules shouldn’t differ to those in Europe. “The loan (system) has a real need in the modern game. It is a very interesting debate and should be something that needs to be looked at. Clearly we shouldn’t have two different rules in two different competitions – I think domestic rules should be the same as the European laws in that respect.”

The Everton manager will divide opinion with these claims. Theoretically speaking, if the rules were to change this could cause teams to reconsider loaning players due to the fact they would have to face them. This may not be the case for young players they are sending out to gain experience, but it could so be for players in the calibre of Lukaku who are fully capable of scoring against the side that owns them and potentially loosing them vital Premier League points.

It will be interesting next season to see if any top sides will loan Everton players. Man City and Chelsea would not have expected Everton to do so well this season and this is likely the reason behind Barry and Lukaku being allowed to join the club. They didn’t see Everton as competition but next season they certainly will. The side have been completely rejuvenated under Martinez this season and have come so close to a top four finish, particularly with the aid of Lukaku’s goals and physicality, also Barry’s composure and experience. If Barry and Lukaku would have been able to play against City and Chelsea, would they have still loaned them to Everton?

It remains to be seen if Martinez will be able to secure a permanent deal for the Belgian striker, while the Liverpool Echo quoted the Spaniard claiming Barry’s long term future will be decided at the end of the season.

If Premier League sides feel threatened by the rise of Everton and become reluctant to loan them players, Martinez will feel he will have success looking for them abroad instead. Barcelona’s Gerard Deulofeu is a perfect example of this, an extremely exciting young talent and the Spanish side will be pleased with the progress he has made in England. This will improve the relationship between the clubs and perhaps more players will follow in the future. European sides aren’t in competition with Everton, they won’t have to play them in any games, unless perhaps the Europa league, so they won’t have a fear of loaning them players, a fear that Premier League sides could have from now on.

So after massively benefiting from the loan system is Martinez right to call for these changes? Has Everton’s form this season largely been thanks to the loan system, and will the top sides recognise this hand have second thoughts about sending them players?