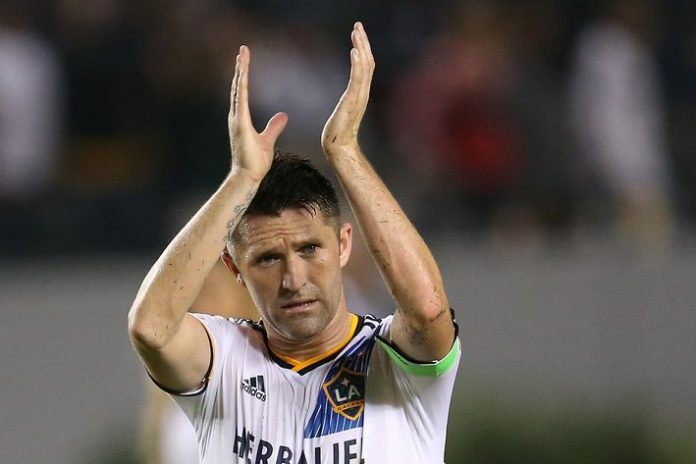 The Galaxy, who scored a league high 69 goals, were led by Keane’s 19 goals and 14 assists in 29 league appearances.

A finalist for the award in 2013, Keane was named the 2014 MVP in LA Wednesday afternoon, ahead of the league final on Sunday.

The Galaxy captain acknowledged his excitement for winning the award, yet made it very clear he has only one thing on his mind, ““To win it, it’s actually great to be recognized by your fellow professionals and the media. I’m delighted with the award, but I’d certainly trade it in for a championship on Sunday.”

Keane has found massive success since joining the Los Angeles based club. The team won their third and fourth MLS championships in his first two seasons with the team, and is in the final this coming Sunday against the New England Revolution.

Keane finished ahead of Seattle standout Obafemi Martins and fan favorite Lee Nguyen, who finished second and third in voting, to capture his first MVP award. He becomes the third Galaxy player to win the award, following Carlos Ruiz (2002) and Landon Donovan (2009).

Many people around MLS thought Nguyen would win the award after helping lift the Revolution to the MLS Cup Final. Nguyen scored 18 goals in a breakout year that saw him lead his team to their best league finish in seven years. In the end, it wasn’t enough to convince voters to take the honor away from Keane, who led LA to the most productive offense in the league.

The Galaxy will host the Revolution in the 2014 MLS Cup Final this Sunday at 3 pm ET and will be televised on ESPN, UniMas, UDN, TSN 1 and RDS2.