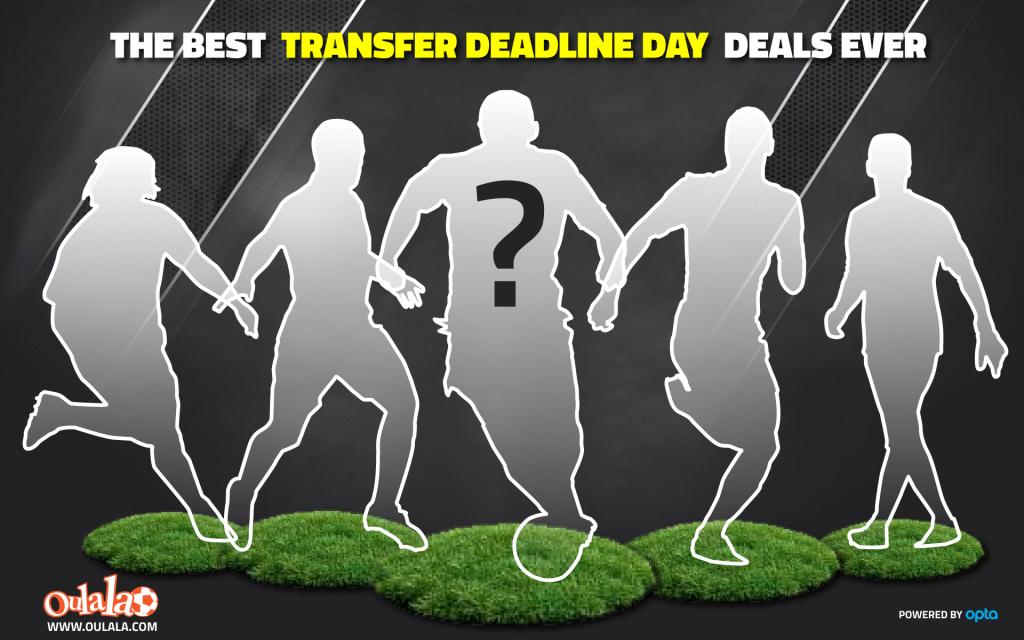 On 31st August 2012, France captain Hugo Lloris moved from Olympique Lyonnais to Tottenham in an £8m deal. As one of the very best goalkeepers in the world the minimal fee was somewhat kind to say the least. Lloris had previously won both the Coupe de France and the Trophée de champions with Lyon and had also picked up the Ligue 1 Goalkeeper of the Year award prior to his move to the Premier League. With 108 Tottenham caps to his name and with the likes of Paris Saint-Germain ready to pounce with a big money offer, the Frenchman takes fifth spot in the best TDD’s ever.

2006’s August transfer deadline day saw two of the most shocking deals in the history of the Premier League when Argentine duo Javier Mascherano and Carlos Tevez both moved to West Ham United for undisclosed fees. Tevez ended up playing 26 games for West Ham that season scoring 7 goals. On the verge of relegation in the final league match, Tevez scored the only goal in a 1-0 victory over Manchester United securing West Ham’s survival. Tevez was also named the club’s Hammer of the Year. Premier League survival is only good enough for fourth spot in the best TDD’s ever.

Another controversial transfer deal on the same day in 2006 saw Ashley Cole move from Arsenal to Chelsea in a deal worth £5m which also saw Chelsea defender William Gallas move in the opposite direction. Arguably the Premier League’s best ever left-back, Cole made 338 appearances for the Blues collecting one Premier League title, 4 FA Cups, one League Cup, 2 Community Shields, one Champions League and one Europa League. Winning everything possible in domestic football in his eight year stint at Chelsea is good enough for third place in this illustrious list.

Arguably one of Liverpool’s and the Premier League’s finest ever players, Luis Suarez takes the place as the second best ever transfer deadline day deal after scoring 82 goals in 133 appearances for the Reds. The £22.8m Liverpool paid Dutch club Ajax in January 2011 can now be considered a steal after the Uruguayan moved to Barcelona in 2014 for £75m. Suarez finished the 2013/14 season collecting the PFA Players’ Player of the Year and the FWA Footballer of the Year as well as picking up the Premier League’s Golden Boot and sharing the European Golden Shoe with Cristiano Ronaldo.

Top spot for the best Premier League transfer deadline deal ever has to go to Wayne Rooney’s move from Everton to Manchester United in August 2004 for £25.6m. Ten years later the striker remains at the club and was recently appointed club captain. The fee can be considered a true bargain considering his length of service. Rooney has collected 5 Premier League trophies, 2 League Cups, 3 Community Shields, one Champions League and one Club World Cup while at Manchester United. Individually he has also been named as the PFA Young Player of the Year, PFA Players’ Player of the Year and FWA Footballer of the Year during his time at Old Trafford.

So that’s the best five. Are there any players that you feel should have been included? Let us know. 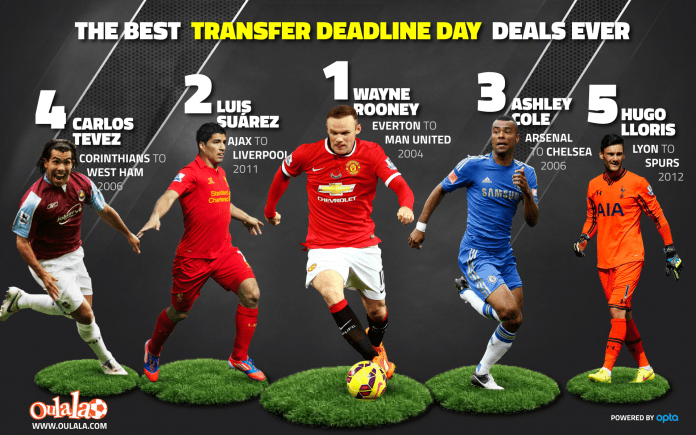