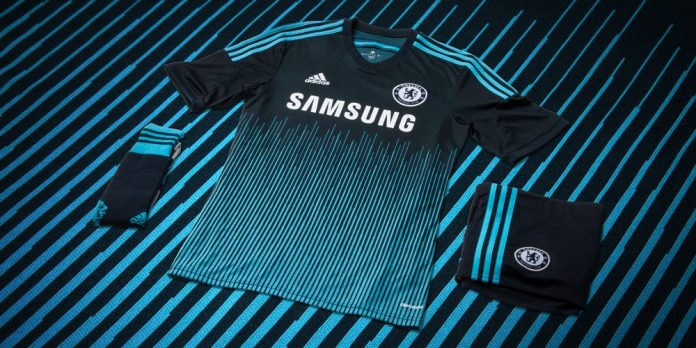 Chelsea have unveiled their third 2014/15 kit by Adidas, with the new shirt offering a fresh, youthful design that includes the first use of dirk navy since 2009/10, when the club won the Premier League and FA Cup double.

The new kit is the lightest Chelsea third shirt ever produced and uses the adiZero technology and adidas Powerband across upper back to aid stability.

As you can see, the shirt features a sound wave graphic on the front, which basically symbolises the volume of support the club gets from the fans at every away game.