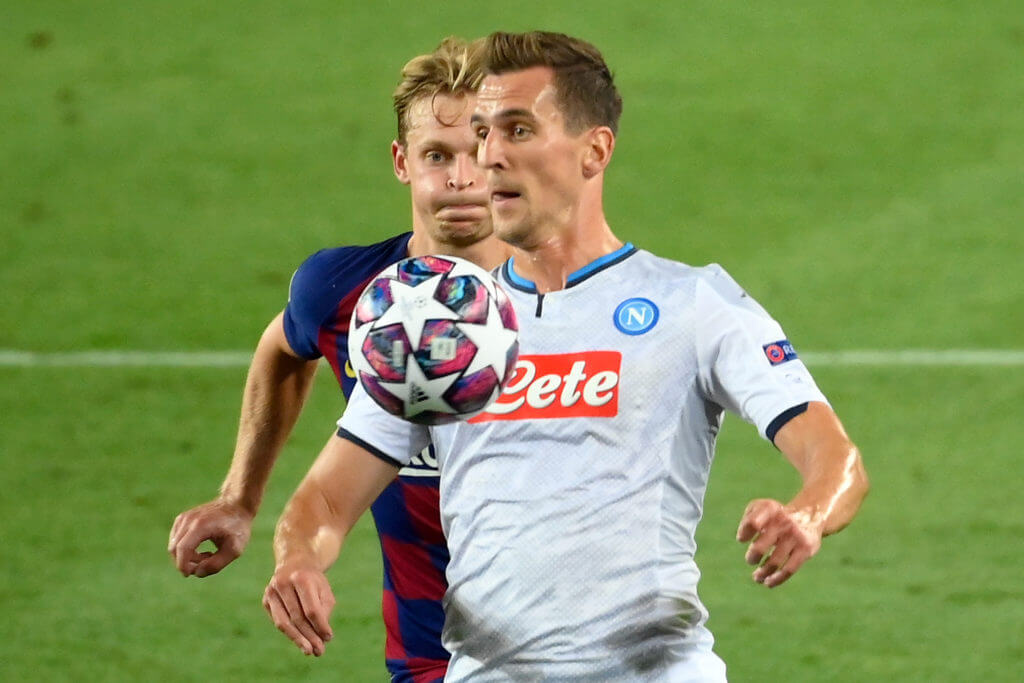 The former Ajax striker has found his chances limited in Italy in the first half of the season and he could be open to a move.

French giants Marseille are also said to be showing an interest in him, but a move to the Hammers may be more likely.

The 26-year-old has found himself out of favour in Naples, failing to make an appearance this season, and West Ham could be a good escape route.

David Moyes’ men have been mightily impressive this campaign, and are currently 10th in the Premier League. However, they do lack options in attack and Milik would help in that regard.

The only stumbling block over a potential move for the Polish international could be the transfer fee involved.

A report from goal.com last month suggested the Serie A club would demand a fee of £15 million for the striker.

A move for Milik would be a smart decision from West Ham. He is a striker with clear attacking capabilities, who has established himself in both Italy and Holland over the last five years.

His experience will be attractive to West Ham, although they may feel that the fee is excessive given that he has fallen down the pecking order with Napoli.

However, the Italian club are unlikely to be flexible with regards to the asking price and West Ham will have to be decisive if they want to capture the striker this month.