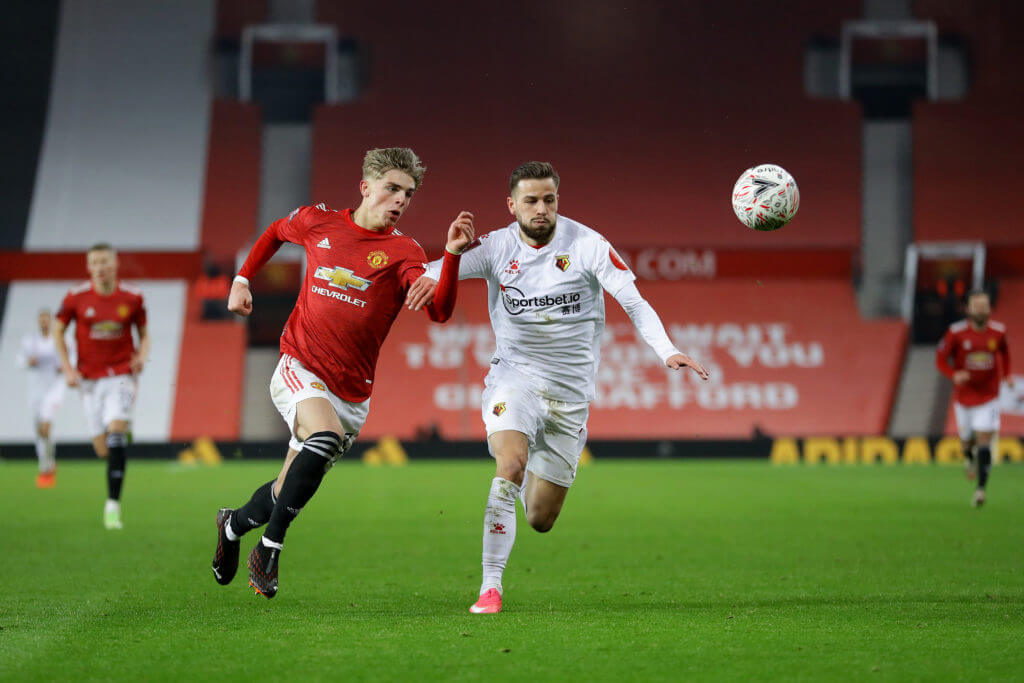 West Ham United are keen to sign Manchester United full-back Brandon Williams on loan in the January transfer window, according to reports from The Sun.

Williams made a strong impact at Old Trafford last season where he managed 36 appearances, but he has struggled for regular games in 2020-21.

The versatile full-back has dropped down the pecking order at the club managing only six appearances in all competitions so far.

Luke Shaw has nailed down the left-back position with an extended run in the side, while Ole Gunnar Solskjaer has summer signing Alex Telles as another reliable option.

United rate the youngster highly and Solskjaer hailed him as ‘top-class’ after his impressive performance in the Europa League clash against AZ Alkmaar last year.

While Williams is looking to move elsewhere on loan to get regular games, the Red Devils have delayed making a final decision.

Newcastle United have been heavily linked with a move for the 20-year-old with Jamal Lewis struggling to settle in at Tyneside following his £15 million move from Norwich City in the summer.

However, it seems West Ham have also joined the race for his signature.

West Ham need to sign a left-back this month.

The Hammers have lost Arthur Masuaku to injury, and while Aaron Cresswell has impressed this season, Moyes still needs a back-up option.

The Hammers reportedly made an enquiry to sign Emerson Palmieri but Chelsea do not want to sell the Italy international this month.

Williams has been a peripheral figure at Old Trafford this season, and a move away from the club on loan will be beneficial for him.