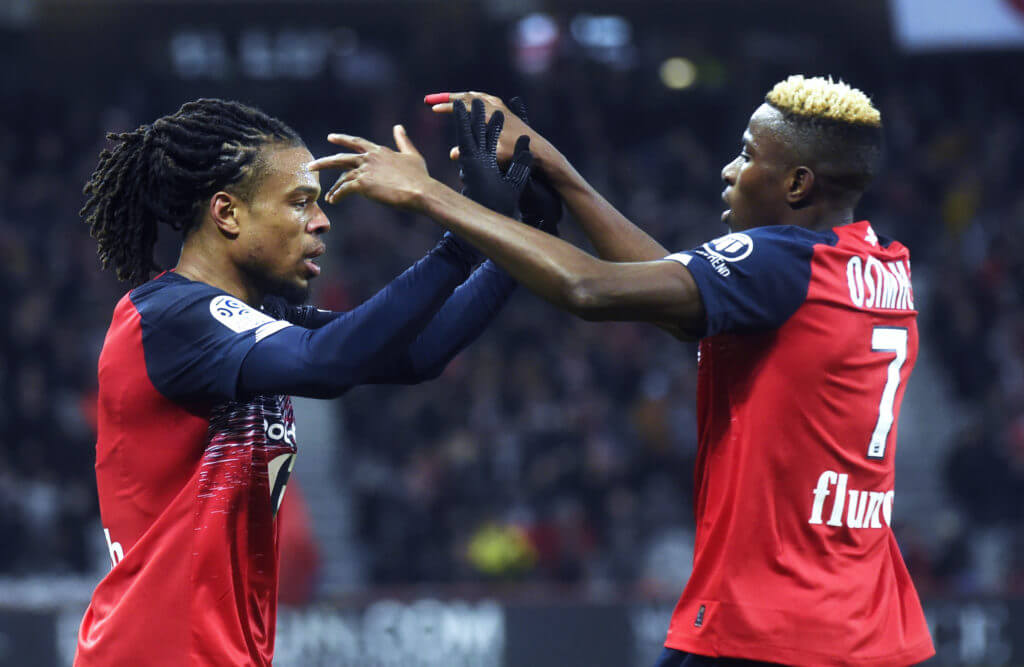 Lille manager Christophe Galtier has confirmed that the highly-rated Nigerian forward will leave the club at the end of the season.

The 21-year-old has scored 18 goals in his debut campaign for the French club. He scored 13 goals in the league and found the net in the Champions League as well.

Galtier’s latest comments were reported by the Daily Mail, with the Ligue 1 manager confirming that Lille are to lose Osimhen.

“Regarding Victor and Gabriel [Magalhaes], yes, I’ve known for a long time that they’re leaving,” he said.

“They’re working hard with us in the meantime. We’re working on the players who are currently here and those likely to replace them. Of course, the club is working to replace him [Osimhen].”

Osimhen would be a very good signing for Tottenham.

Spurs are looking to bolster their strike department this summer. However, it’s difficult for them to attract a superstar in that department, given Harry Kane remains the club’s first-choice striker.

Therefore, a move for Osinhem makes sense. He will add depth and quality to the side but will be happy to play the second fiddle role.

Nevertheless, all three London clubs will be boosted by Galtier’s latest comments. Now whether there will be any formal approach for the youngster remains to be seen.